The 12 animals of the lunar calendar

Rat, Ox, Tiger, Rabbit, Dragon, Snake, Horse, Goat, Monkey, Rooster, Dog, and Pig: These twelve animals loom large in the Chinese lunar and East Asian calendars. Repeating in a 12-year cycle that dates back at least 2,500 years, these lunar calendar animals are traditionally representative of the year and people born during it, starting with the first new moon between January 21st and February 20th.

In 2022, the Spring Festival or the Lunar New Year begins on February 1st, the start of the Year of the Tiger. From NASA in 2022:

“Chinese New Year (and related festivals throughout much of Asia and in places with significant Chinese populations) celebrates the end of winter, and the start of spring. Festivities will start on the eve of Chinese New Year (Monday, Jan. 31) and will continue until the Lantern Festival on the 15th day of the first lunar month (Tuesday, Feb. 15).”

The National Museums Scotland video above introduces the twelve animals, known as the twelve branches, and their measurements of time in East Asian calendars.

“These combine with five elements—metal, water, fire, wood, and Earth—and each of these elements has two sides known as yin and yang. Together, this group is called the ten stems. The ten stems combined with the twelve branches to create a 60-year cycle.” 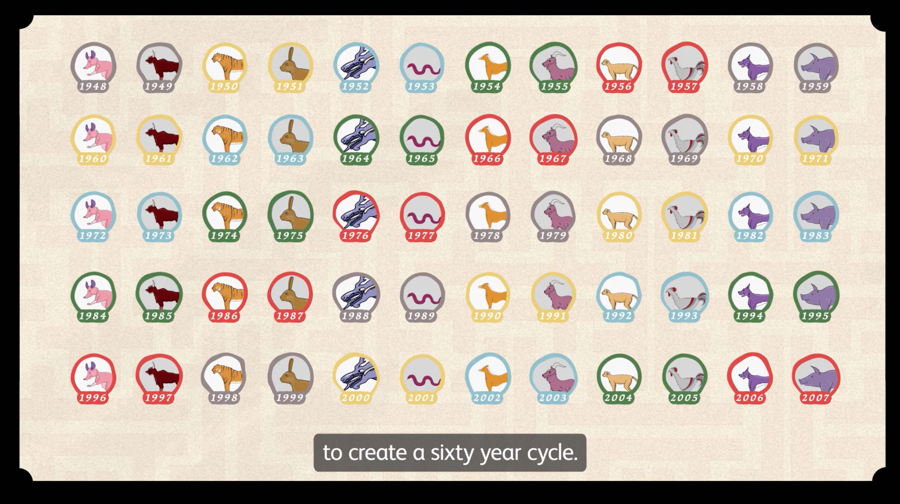 The National Museums Scotland video only goes up to year 2007 in their chart, above, but you can find the recent years included in this write-up from NatGeo Kids.