Summer is the breeding season for puffins, who gather together in huge numbers to nest and eat lots of fish “in Iceland, Norway, Greenland, Newfoundland, and the Faroe Islands, and as far south as Maine in the west and parts of Great Britain in the east.” They mate for life and both care for their offspring.

They’re also excellent flyers, as seen in this clip from Wild Nordic from National Geographic. From Wikipedia:

Spending the autumn and winter in the open ocean of the cold northern seas, the Atlantic puffin returns to coastal areas at the start of the breeding season in late spring. It nests in clifftop colonies, digging a burrow in which a single white egg is laid. The chick mostly feeds on whole fish and grows rapidly. After about 6 weeks, it is fully fledged and makes its way at night to the sea. It swims away from the shore and does not return to land for several years.

Colonies are mostly on islands with no terrestrial predators, but adult birds and newly fledged chicks are at risk of attacks from the air by gulls and skuas. Sometimes, a bird such as an Arctic skua will harass a puffin arriving with a beakful of fish, causing it to drop its catch. The striking appearance, large colourful bill, waddling gait, and behaviour of this bird have given rise to nicknames such as “clown of the sea” and “sea parrot”. It is the official bird symbol for the Canadian province of Newfoundland and Labrador. 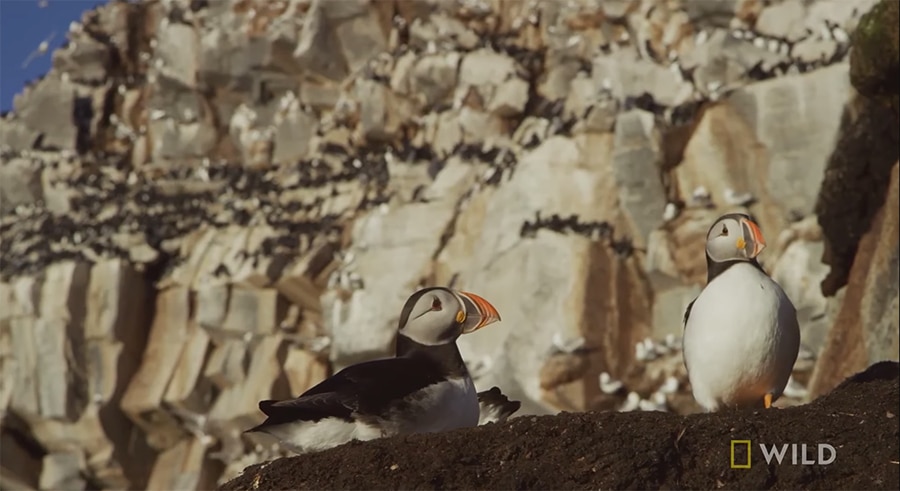 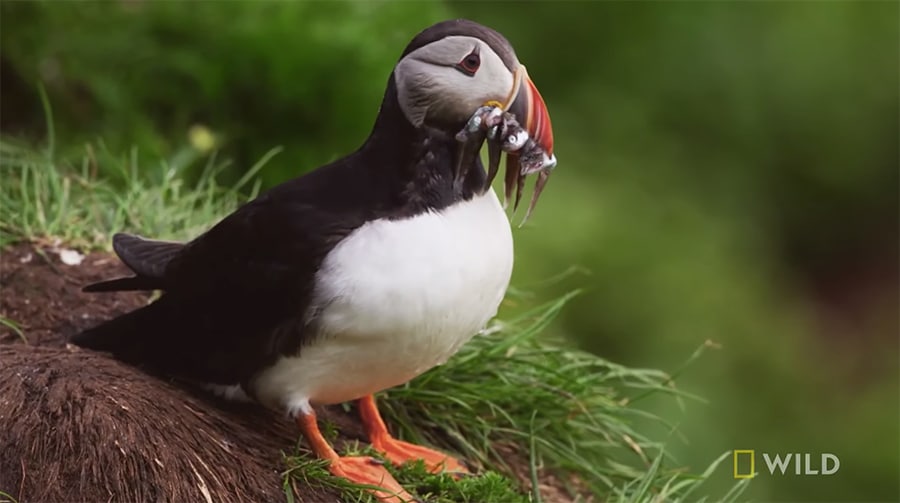 Watch this next: A puffin and its puffling surface from their underground nest and puffins “fly” underwater at the Monterey Bay Aquarium.

The snake-like moves of the Eurasian wryneck

How small of a space can a Northern Goshawk fly through?

How it Evolved: the Red-capped Manakin