The Wright Brothers are famous for their December 17, 1903 flight in a powered aircraft, a first in aviation. But Wilbur and Orville Wright had been experimenting with flight for years before that history-making day.

In 1902, the Wright Brothers created the first glider that could be controlled by the pilot. The Wright Glider weighed 53 kilograms (117 pounds), had a 9.8 meter (32 foot) wingspan, and was made with spruce and muslin fabric. Via Wikipedia, they based the design of their full-size gliders “on work done in the 1890s by other aviation pioneers.” 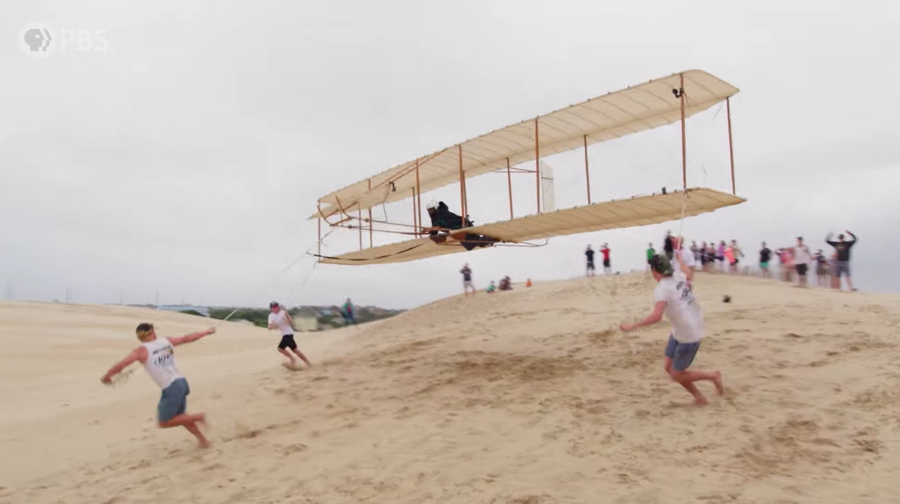 “…this is the first aircraft that had all three axis of control… roll control is turning, right? Wings up, wings down, that makes it turn left and right…

“And pitch, which is nose up and nose down, and that’s what this canard is for…

“The other axis of control is yaw. And that is this one, like a weather vane turns.” 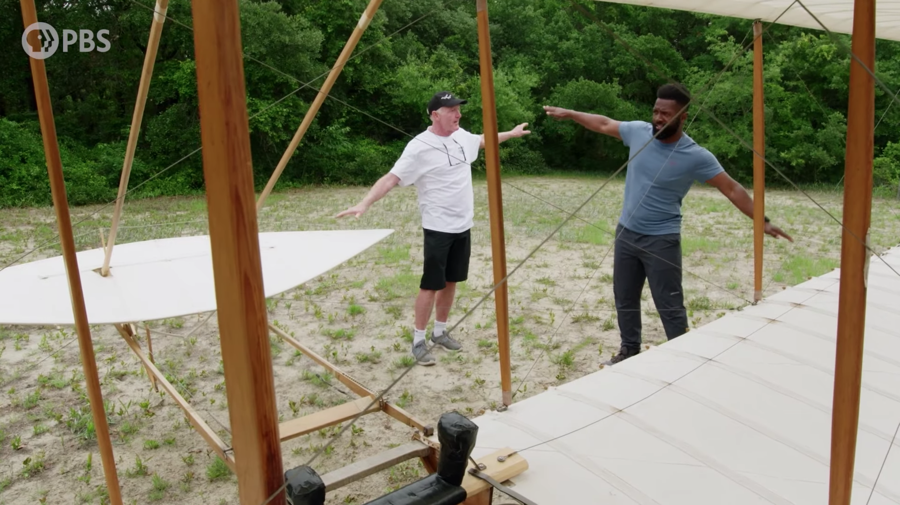 “Using a series of wires connected to a device operated by the pilot’s hips, the wings of the glider flex (or warp) in order to alter the lift forces that act on the wings and provide the ability to bank left and right. The front-mounted elevator, connected by bicycle chains to the pilot’s hands, provided control around the pitch axis, allowing the aircraft nose to be pointed upward or downward as required to retain control during flight.” 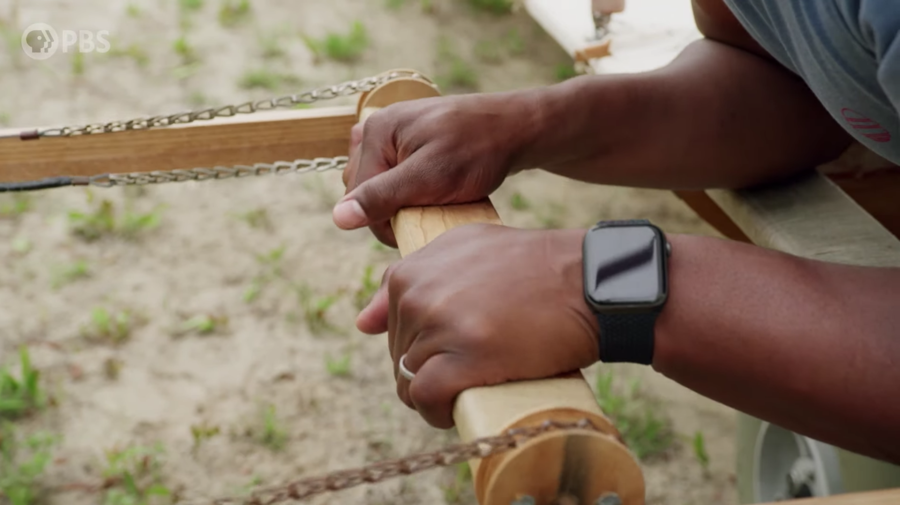 Finally and perhaps most ingeniously, the rudder, connected to the hip-operated wing warping mechanism, assured that the nose of the aircraft turned into the direction of flight, thereby preventing a sideways slippage that, on trial flights, led to instability and loss of control.” 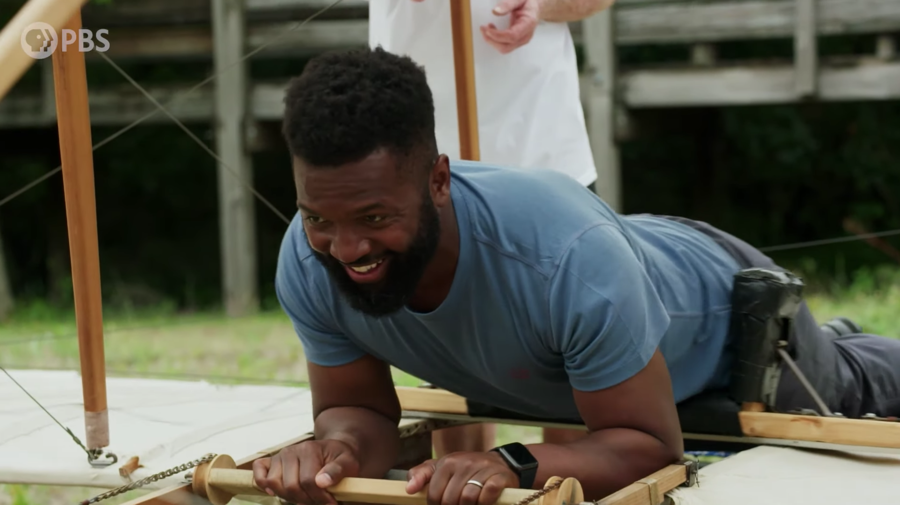 The National Air and Space Museum puts that range of governable motion into context:

“This three-axis control system was their single most important design breakthrough, and was the central aspect of the flying machine patent they later obtained. In its final form, the 1902 Wright glider was the world’s first fully controllable aircraft.” 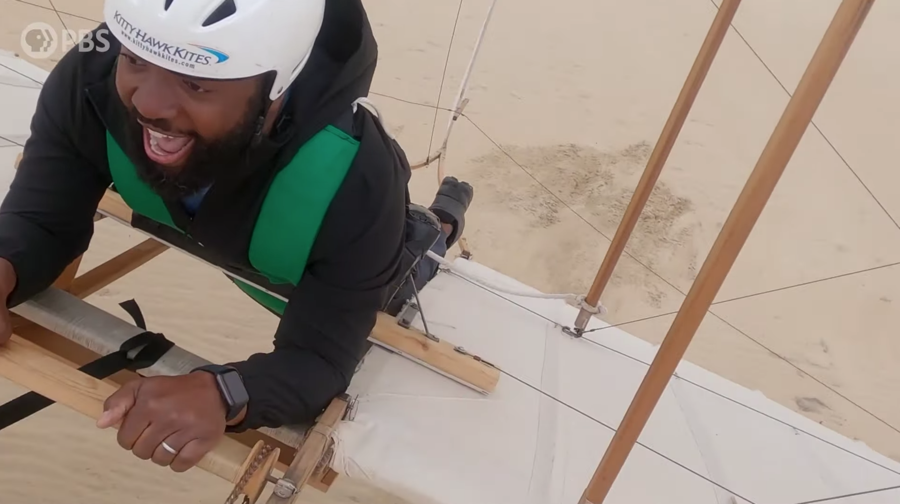 Find more from America Outdoors With Baratunde Thurston on PBS.org.

Then watch this DIY project video next: How to make an Air Surfing Foam Walkalong Glider.

Plus, a few more hand-picked videos on TKSST:
• Preparing Pilcher’s Hawk to fly again
• Hang Glide Over Yosemite National Park in 360 Degrees
• How does a northern flying squirrel ‘fly’?
• A human-powered aircraft competition in South Korea

Bonus: The physics of why birds fly in V-formation.

Luigi Prina: The Ships That Sail Through The Clouds

How to make an Air Surfing Foam Walkalong Glider

How does a northern flying squirrel ‘fly’?

How do you make whitewater rafting accessible?