The Eclipse That Made Einstein Famous

On November 6, 1919, British astronomer Sir Arthur Eddington announced to the Royal Society and Royal Astronomical Society that measurements taken during the May 29th total solar eclipse of that year supported Albert Einstein’s general theory of relativity. As Massive Science explains, through Eddington’s observations, “he proved that light did not travel on straight lines around the sun, but rather on curved ones that deflected light. Eddington’s announcement made headlines, catapulting Einstein’s fame in the English-speaking world.”

From Nadja Oertelt, Massive Science, and Pioneer Works, with animation and poetic visual direction by Hannah Jacobs: This is the Eclipse that made Einstein Famous. 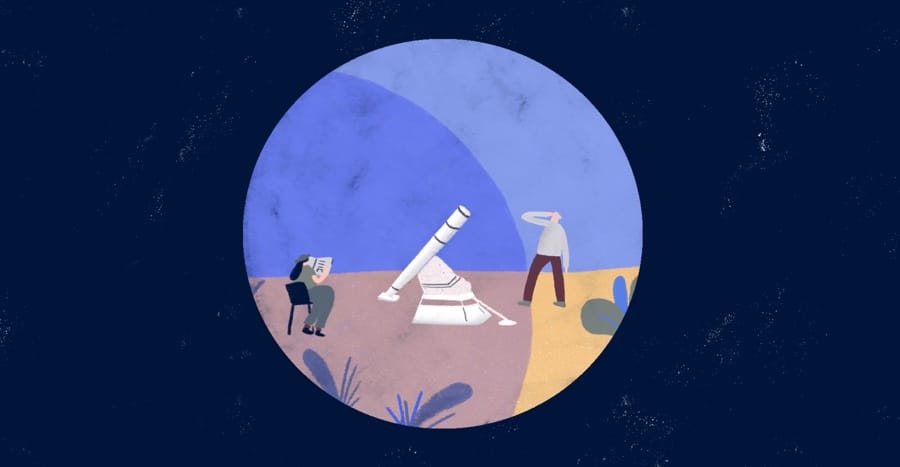 Some additional context from Dan Falk at Smithsonian Magazine:

When the year 1919 began, Albert Einstein was virtually unknown beyond the world of professional physicists. By year’s end, however, he was a household name around the globe. November 1919 was the month that made Einstein into “Einstein,” the beginning of the former patent clerk’s transformation into an international celebrity…

The spotlight would remain on Einstein and his seemingly impenetrable theory for the rest of his life. As he remarked to a friend in 1920: “At present every coachman and every waiter argues about whether or not the relativity theory is correct.” In Berlin, members of the public crowded into the classroom where Einstein was teaching, to the dismay of tuition-paying students. And then he conquered the United States. In 1921, when the steamship Rotterdam arrived in Hoboken, New Jersey, with Einstein on board, it was met by some 5,000 cheering New Yorkers. Reporters in small boats pulled alongside the ship even before it had docked. An even more over-the-top episode played out a decade later, when Einstein arrived in San Diego, en route to the California Institute of Technology where he had been offered a temporary position. Einstein was met at the pier not only by the usual throng of reporters, but by rows of cheering students chanting the scientist’s name.

The intense public reaction to Einstein has long intrigued historians. Movie stars have always attracted adulation, of course, and 40 years later the world would find itself immersed in Beatlemania—but a physicist? Nothing like it had ever been seen before, and—with the exception of Stephen Hawking, who experienced a milder form of celebrity—it hasn’t been seen since, either. 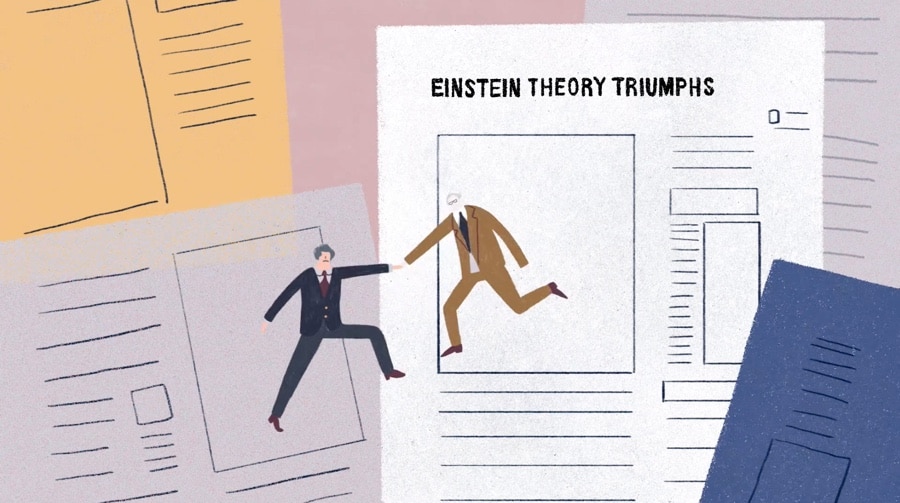 Bonus video: The 2017 Solar Eclipse from the shores of Palisades Reservoir, Idaho.

Three proofs that Earth is round with NASA’s Michelle Thaller

The Uses of Envy