How cool would it be if your hot wheels cars were life-sized and could drive on massive looped tracks?! At the 2012 X Games in Los Angeles on Saturday, June 30th, Team Hot Wheels professional drivers Tanner Foust and Greg Tracy made hot wheels come to life by driving two specially-designed, 3000lb cars through a six-story (66-foot tall) double vertical loop. At the needed 48-52mph, they each experienced up to 7gs of acceleration. Then they both make jumps! This Double Loop Dare Documentary captures the build and the event. From the narration: 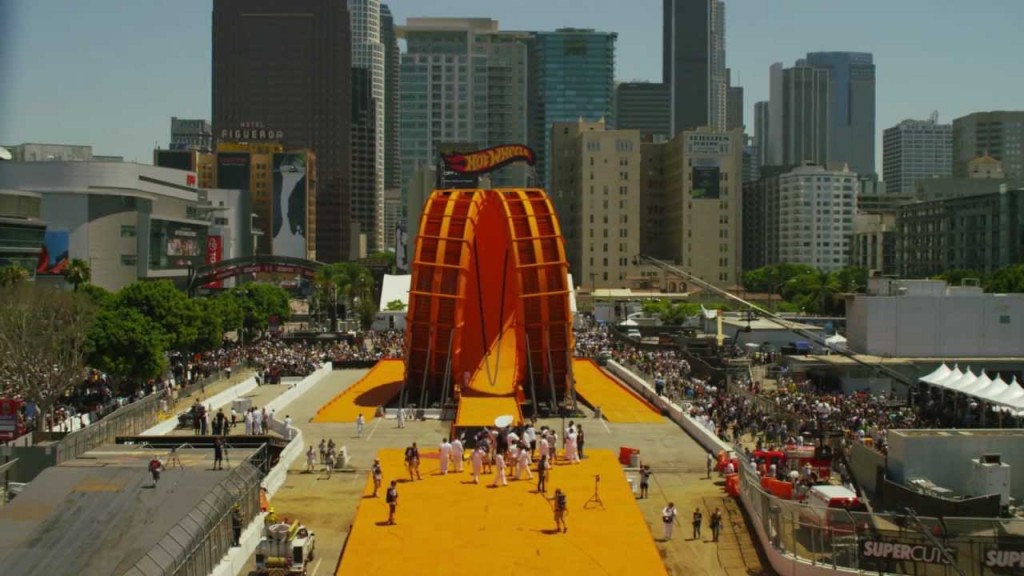 Not only did their team use an understanding of physics and engineering to achieve the stunt successfully and safely, but they set a 2012 Guinness World Record. Learn more about the work they put into the stunt with Foust’s behind-the-scenes interview about jump testing:

This video analyzes a near-crash during testing:

And here’s another video of the world record Hot Wheels Double Loop Dare at the 2012 X Games LA:

The Mother of All Hot Wheels Tracks