A day in the Secret Annex, an Anne Frank House video

From July 1942 to August 1944, young Anne Frank spent 761 days in the Secret Annex. This 2019 video from the Anne Frank House on the Prinsengracht (Prince’s Canal) in Amsterdam chronicles a day in the lives of the Frank family, the Van Pels family, and Fritz Pfeffer as they hid from the Nazis during World War II.

Although each day was different from the last, there was a certain rhythm to life in the Secret Annex. Based on Anne’s diary and a few of her short stories, we can reconstruct what typical weekdays and Sundays in the Secret Annex would have been like. 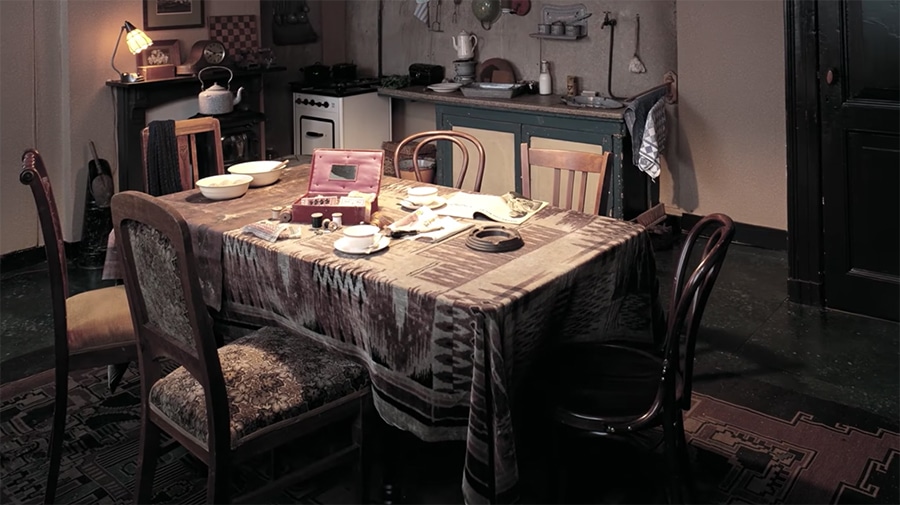 The Diary of a Young Girl, also known as The Diary of Anne Frank, was first published in 1947 under the title Het Achterhuis (The Secret Annex). It was an edited compilation of her writings, selected by her father Otto Frank. From AnneFrank.org:

On her thirteenth birthday, just before they went into hiding, Anne was presented with a diary. During the two years in hiding, Anne wrote about events in the Secret Annex, but also about her feelings and thoughts. In addition, she wrote short stories, started on a novel and copied passages from the books she read in her Book of Beautiful Sentences. Writing helped her pass the time.

When the Minister of Education of the Dutch government in England made an appeal on Radio Orange to hold on to war diaries and documents, Anne was inspired to rewrite her individual diaries into one running story…

Follow this video with a virtual tour of the Secret Annex, starting on the landing outside of their hidden doorway. 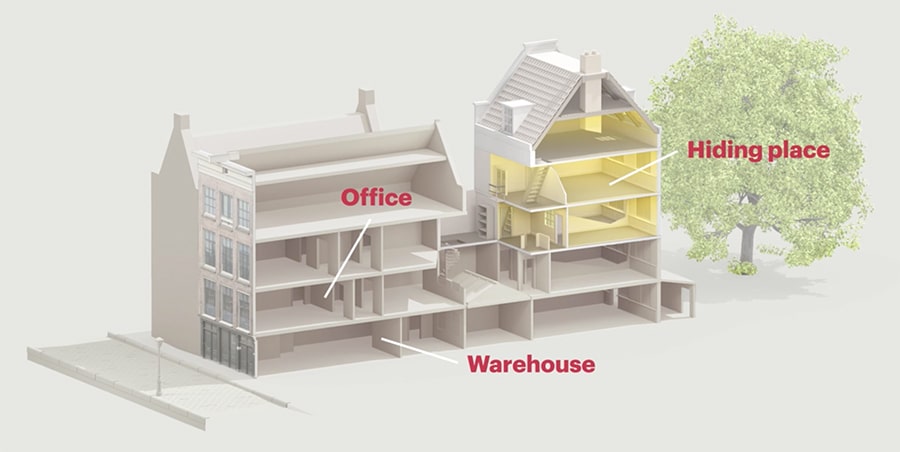 Then watch Noor Inayat Khan: From Pacifist to Spy and Aki Kurose and the Japanese-American internment camps.