Follow the sunrises and sunsets across craters, ravines, and mountains throughout a lunar day. This is Moonlight (Clair de Lune), a calming and captivating 4K video from NASA Goddard.

This visualization attempts to capture the mood of Claude Debussy‘s best-known composition, Clair de Lune (moonlight in French). The piece was published in 1905 as the third of four movements in the composer’s Suite Bergamasque, and unlike the other parts of this work, Clair is quiet, contemplative, and slightly melancholy, evoking the feeling of a solitary walk through a moonlit garden…

The visualization uses a digital 3D model of the Moon built from Lunar Reconnaissance Orbiter global elevation maps and image mosaics. The lighting is derived from actual Sun angles during lunar days in 2018. 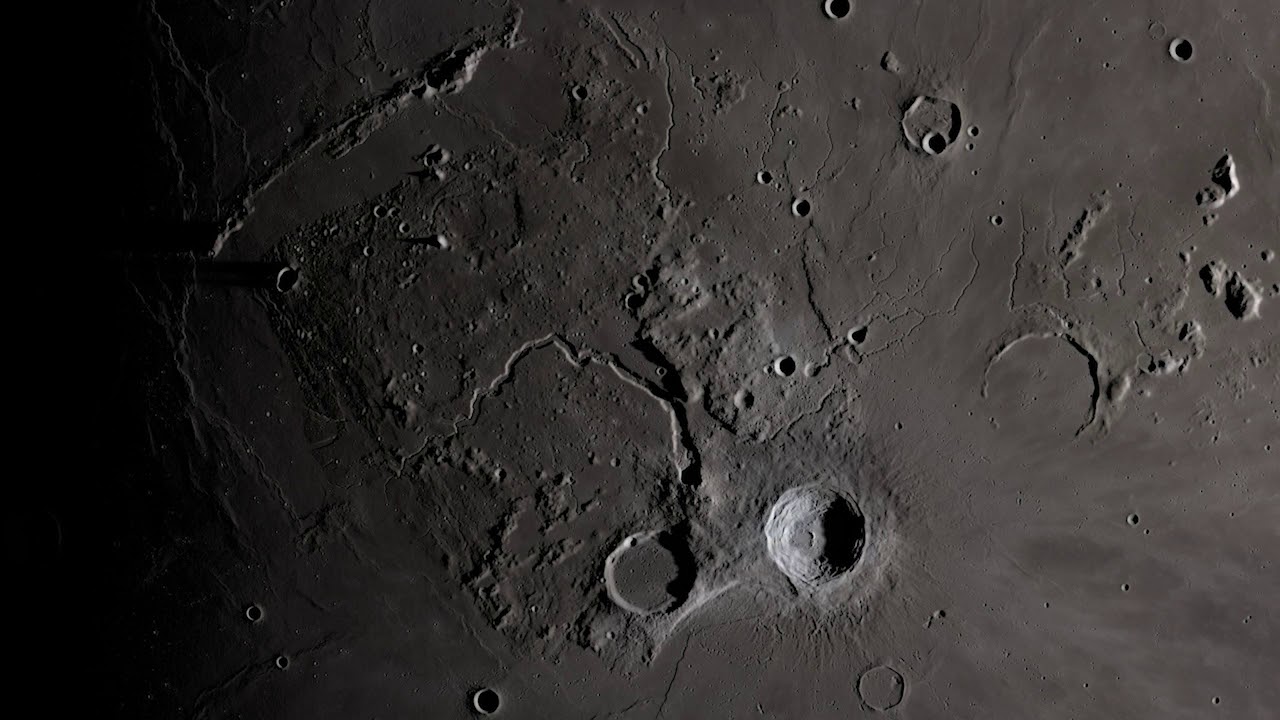 The music was recorded as a part of NASA’s 60th anniversary celebration at the Kennedy Center for the Performing Arts, played by the National Symphony Orchestra Pops (NSO Pops) and led by conductor Emil de Cou.

Next: Explore the moon with LRO’s Quickmap.

Watch more videos of the moon set to music: Our view of the Moon over the entire year and Phases of the Moon, animated with Virtual Moon Atlas. Plus: Around Saturn, the Cassini program’s images animated and Pow Surf 101.

The moon sets behind Teide Volcano in real-time