Whale biologist Nan Hauser has spent three decades studying humpback whales around Rarotonga in the Cook Islands. In 2017, she had a close encounter with a whale that turned out to be a profound experience in two parts. She shares the story of how a humpback whale seems to have pushed her away from a 15-foot tiger shark with the BBC in this partially animated clip. 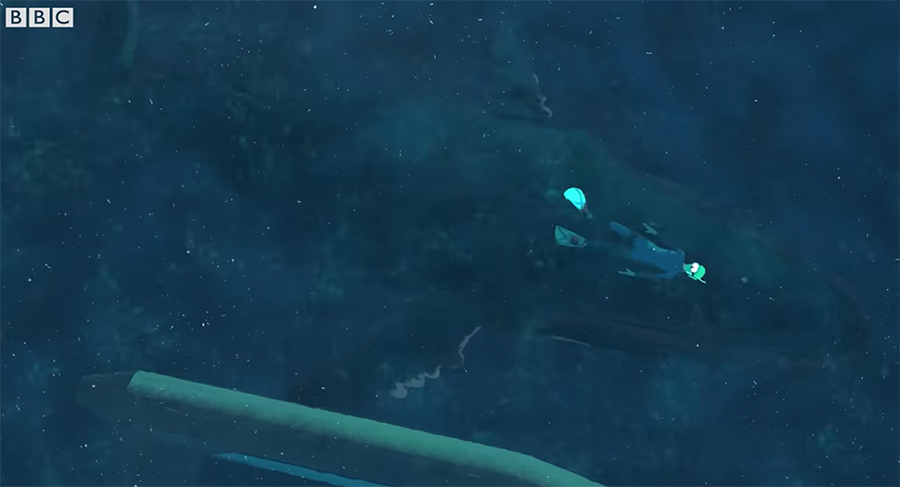 From the video transcript, a key moment from her story:

“This adventure came out of the blue, and I still to this day, can’t believe it happened. And being a scientist, it’s even harder. If someone told me the story, I wouldn’t believe them.

“Altruism is a true act of kindness, when you protect someone without asking or expecting anything in return. So you might even risk your life and so it started sort of all sort of flooding in about how this was an experience of, perhaps, the whale displaying his altruistic behavior, to push me away from this very huge shark.

The second half of the clip recounts an emotional reunion with the same humpback. Read more about that experience at WhaleResearch.org, where she explains,

“My research team on the boat was amazed at our encounter of reuniting and took photos and video! I hugged the whale’s pectoral fin and he lifted me out of the water while everyone else was watching with their jaws dropped! …I have spent 28 years underwater with whales, and this situation was so unusual that I felt like I was in a dream!” 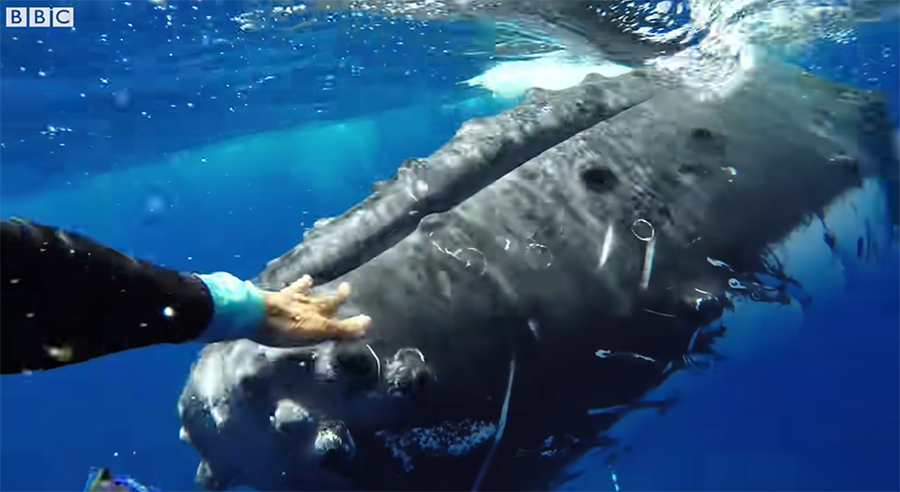 Then listen to an audio interview of the story with NPR:

And ICYMI: A New Scientist interview with Robert Pitman: I saw humpback whales save a seal from death by killer whale.

Watch these related whale videos next:
• The rescue of a Humpback Whale tangled in netting
• A Surprise Diving Encounter with a Humpback Whale
• Mapping whale songs in the South Pacific
• Up close and underwater as a humpback whale breaches
• Humpback whales swim under the northern lights

Underwater Adventure in Bali with Maddie and Greg