A wild kea parrot flies away with a GoPro

Keas are smart, problem-solving birds. And they’re curious and cheeky. In this video from Luxmore Hut in New Zealand’s Fiordland National Park, a wild kea mountain parrot takes off with a GoPro camera.

Luckily keas are a bit noisy and were easy to follow. The GoPro owners were able to track down the small camera. Only its case suffered any damage. The keas reportedly watched the loss of their treasure from a nearby tree. 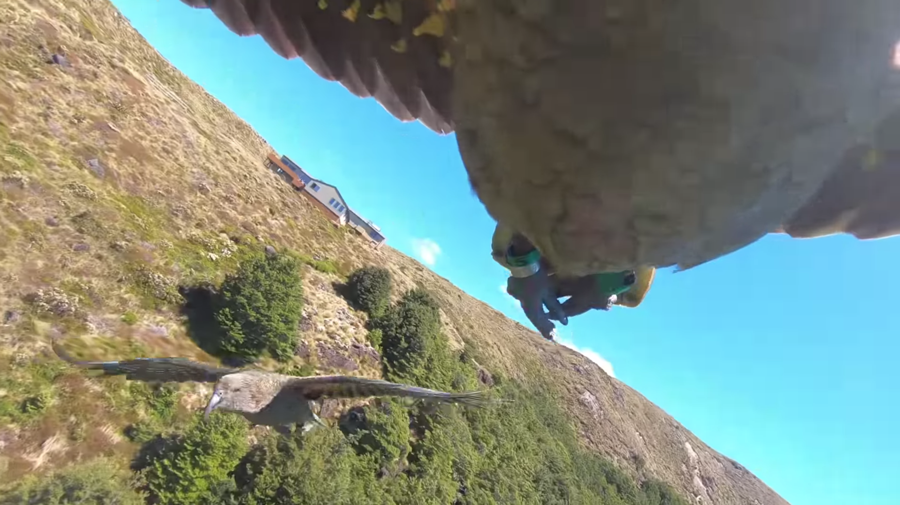 This incident is not unusual. Keas are known to be bold in the presence of humans and their things. From Wikipedia:

“The kea’s notorious urge to explore and manipulate makes this bird both a pest for residents and an attraction for tourists. Called “the clown of the mountains”, it will investigate backpacks, boots, skis, snowboards, and even cars, often causing damage or flying off with smaller items. Kea have been kept as pets before being protected, but rarely, since they were difficult to capture and destructive when in captivity.” 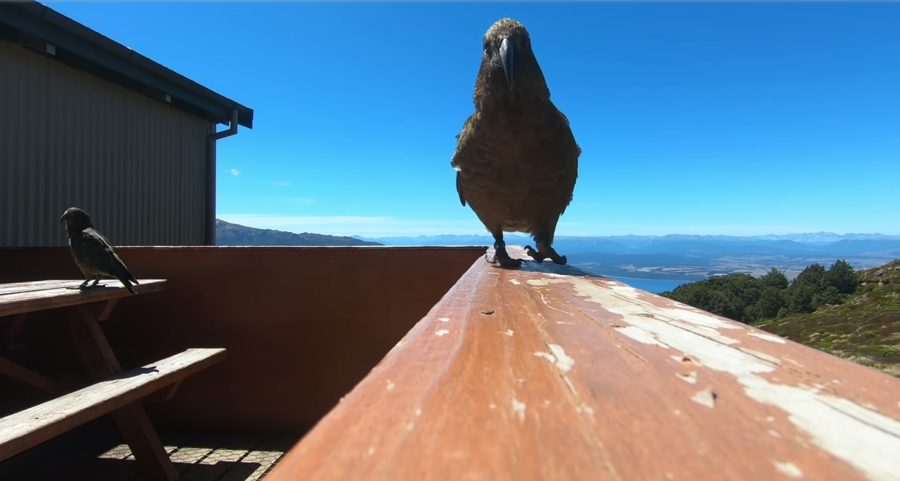 “People commonly encounter wild kea at South Island ski areas, where they are attracted by the prospect of food scraps. Their curiosity leads them to peck and carry away unguarded items of clothing, or to pry apart rubber parts of cars – to the entertainment and annoyance of human observers… A kea has even been reported to have made off with a tourist’s passport while he was visiting Fiordland National Park.” 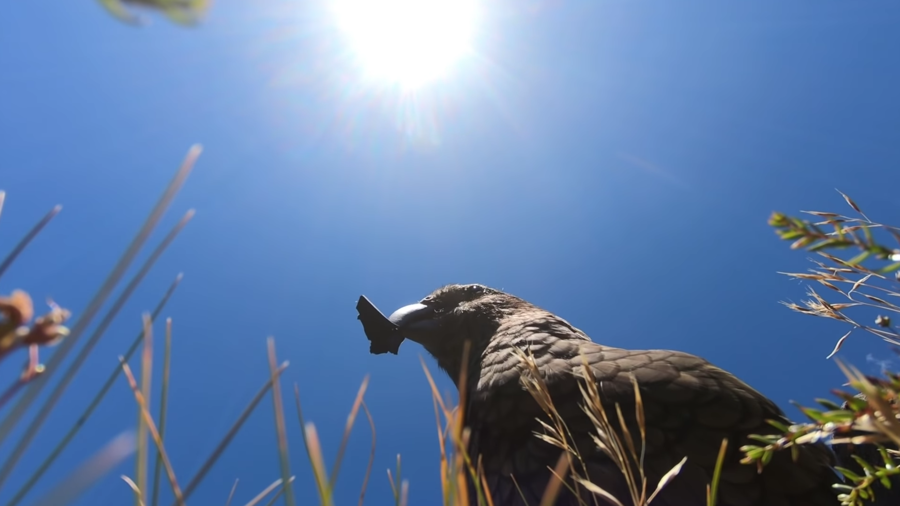 This FAQ video shares the footage with more information:

Keas are listed as endangered on New Zealand’s Department of Conservation website. Learn more about this curious bird with the Kea Conservation Trust.

Then learn about New Zealand’s flightless parrot: The kakapo. And watch more animals stealing cameras:
• A crab takes a video camera into its hole
• A squirrel takes a GoPro up into the tree branches
• Curious arctic fox kits discover (and destroy) a motion-sensor camera

These Carnivorous Worms Catch Bugs by Mimicking the Night Sky