A furrowed brow, the refocused eyes, a guarded pull back from an impending boop on the nose. This is how Ameca responds when someone invades their personal space. Does it look or feel like a human response?

Engineered Arts Founder and CEO Will Jackson asks, “so what is it about the way that a machine moves that will make you believe in it as if it’s alive?”

Ameca is a human-shaped robot, a modular hardware platform by Engineered Arts. The company’s mission is to create entertainment and education robots that move with subtle animatronic gestures and expressions that feel dynamic… or, more specifically, human. 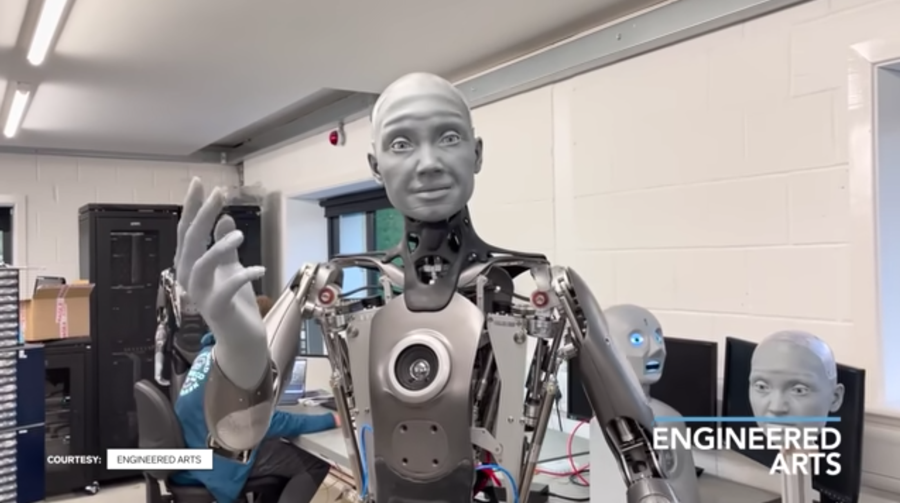 These robots can be programmed to speak in museums or provide informative chat-bot-like answers in an airport, to name just two examples. Jackson explains his company’s motivation in this Wired video:

“Instead of being sort of photorealistic, we are more concerned about what is the essence of being human. And it’s not just visual, it’s this dynamic data, it’s this movement data.

“If you come close, what, what should happen? So we have a change in expression. So the focus of the eyes comes in tighter.”

“I think we went through 10 different attempts of getting a smile and it was just trying to get the crease in the skin when the robot smiles, that was really difficult, and those creases in the brow as well. So we ended up having to add various fibers and parts that would tension the skin inside.

“Part of what the programmers here are doing is they’re studying people and looking at how people behave and how can we can mimic these kind of behaviors. Why do we do that? It’s a communication tool.

“So if the robot behaves in the way you expect and it makes expressions that you understand, you can do a lot of powerful communication with that.” 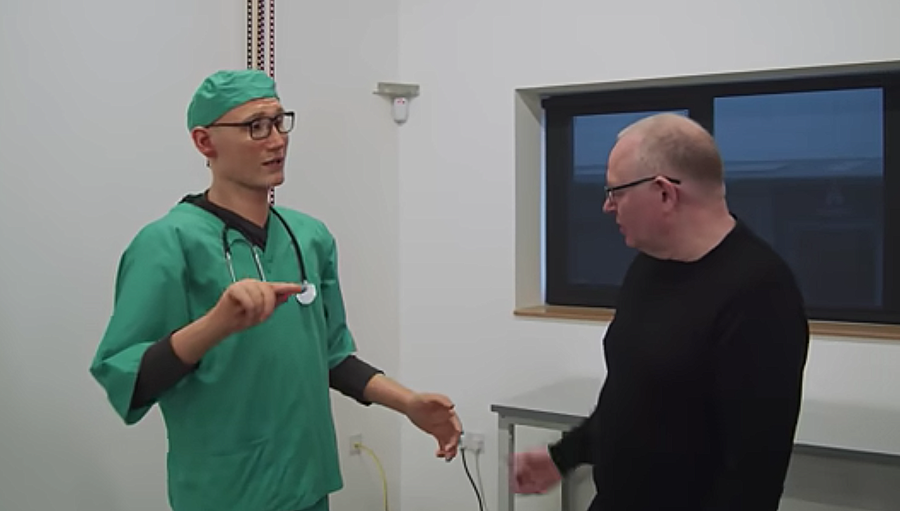 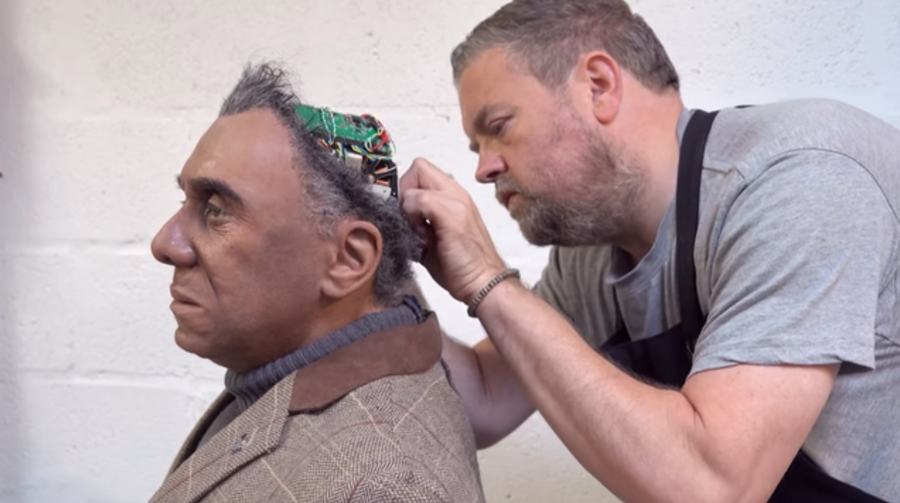 How does your perception change if a robot looks more like a robot or a human?