Diving down — practically crashing — a young osprey hits the water, aiming for and grabbing a trout. But that’s just the first part of this hunt. Watch as the osprey tries to take off out of the water with the massive trout twisting within its talons, filmed in this BBC Scotland footage at 800 frames a second. Narrated by Ewan McGregor, the clip is from Highlands – Scotland’s Wild Heart. 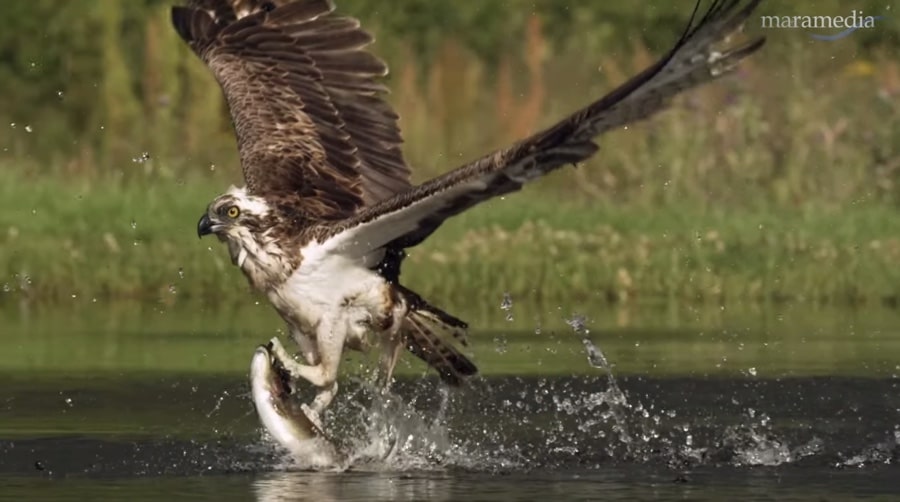 Ospreys have vision that is well adapted to detecting underwater objects from the air. Prey is first sighted when the osprey is 10–40 m (33–131 ft) above the water, after which the bird hovers momentarily then plunges feet first into the water… The osprey has several adaptations that suit its piscivorous lifestyle:

Next: The Kingfisher hunts for fish on the River Shannon and The Black Egret’s Umbrella Trick. Bonus: Spiders that hunt and eat fish.