In this video from the Smithsonian Channel, King Tutankhamun‘s ‘afterlife snacks’ are revealed. Professor Salima Ikram, an Egyptologist and a leading scholar in Egyptian funerary archaeology, presents some of the young pharaoh’s preserved foods, including meat, poultry, and dates that have the seeds removed. In this PBS Nova interview, Ikram explains:

I think they were obsessed with life! They knew that the life they had on Earth was going to be of limited duration. Most Egyptians died by the time they were 40. So they wanted to have a better afterlife. What you see in the tombs is a really careful preparation for eternity, so that everyone would have a very good time…

In both royal and nonroyal tombs, you get a lot of everyday items—all kinds of furniture, beds, chairs. There’d be jewelry, clothes, makeup, and lots and lots of food and wine and beer. In Tutankhamun’s tomb, there’s even one of his camping beds that folds up so he could take it when he was going out into the desert. 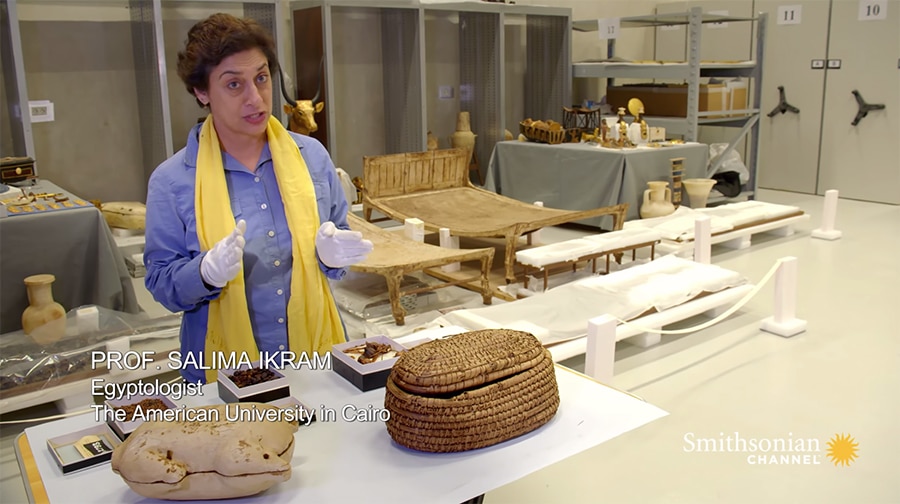 Tutankhamun lived from around 1342 to 1325 BC. His tomb was rediscovered in 1922, sparking international excitement. “There were 5,398 items found in the tomb, including a solid gold coffin, face mask, thrones, archery bows, trumpets, a lotus chalice, food, wine, sandals, and fresh linen underwear.” 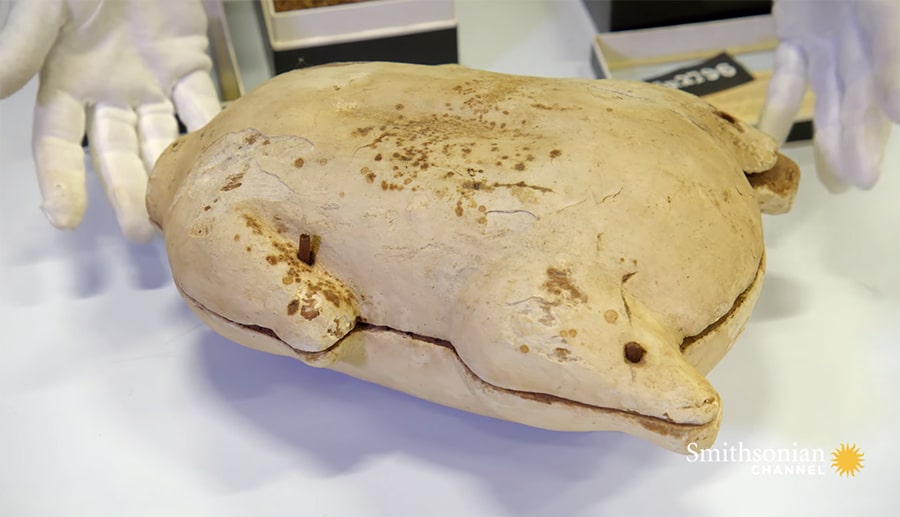 Watch these videos next: The discovery of King Tut and what we’ve learned from his tomb and Unmasking the Secrets That Ancient Mummies Hold.

Plus: The Great Pyramid of Giza was bright white & highly polished.

Queen Liliʻuokalani and the overthrow of Hawaii