Forty years ago in Laetoli, Tanzania, an elephant dung fight between a couple of paleoanthropologists led to a discovery: a fossilized animal print, at least 3.6 million years old. But the site had an even bigger surprise in store. After years of excavation, the team discovered the unmistakable footprints of early hominids — possible human ancestors.

The crew was part of an archaeological dig led by Mary Leakey, the pioneering subject of this Op-Doc video who died 19 years ago, on Dec. 9, 1996. Her colleagues, several of whom help narrate, uniformly remember her as an extraordinary character. Leakey was exacting in her science, and expected the same of her workers. (Her artifact tagging and recording systems are now considered standard practice within archaeology and paleoanthropology.)

The Laetoli footprints were uncovered from the fossilized volcanic ash between 1976 and 1981 by Dr. Leakey and her team. At the time, the trail of 70 footprints was the oldest known evidence of bipedalism in hominins. 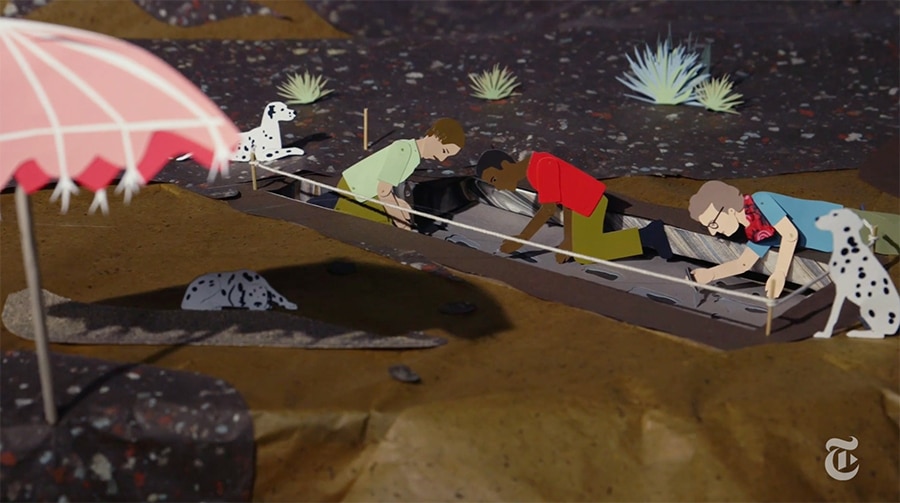 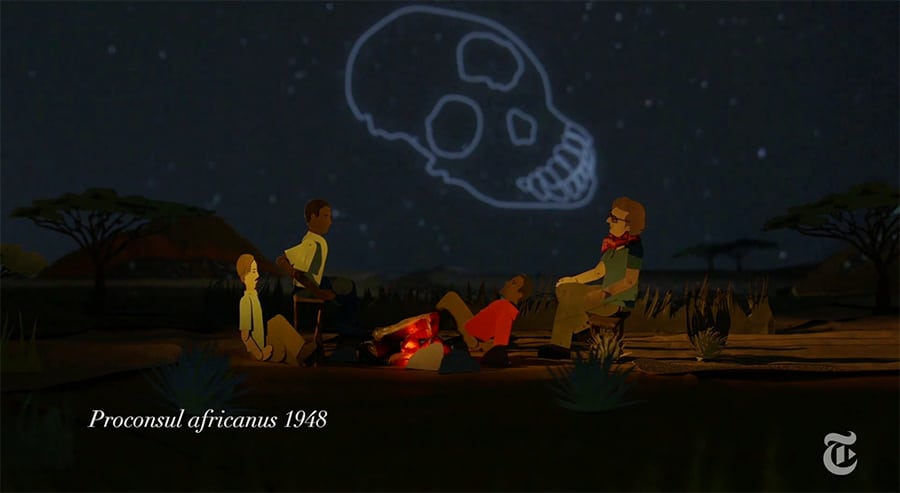 Previous Animated Life episodes on this site include Seeing the Invisible, The Animated Life of A.R. Wallace, and Pangea – The story of Alfred Wegener. Be sure to also watch Whale Fall (After Life of a Whale), one of our favorites.