Neil Armstrong stepped onto the moon’s surface on July 20, 1969. Buzz Aldrin followed him 20 minutes after. This was original NASA mission video as was aired live (updated video) for approximately 2.5 hours from the surface of the moon. From NASA:

The Apollo 11 (EVA) began at 10:39:33 p.m. EDT on July 20, 1969 when Astronaut Neil Armstrong emerged from the spacecraft first. While descending, he released the Modularized Equipment Stowage Assembly on the Lunar Module’s descent stage. A camera on this module provided live television coverage of man’s first step on the Moon. 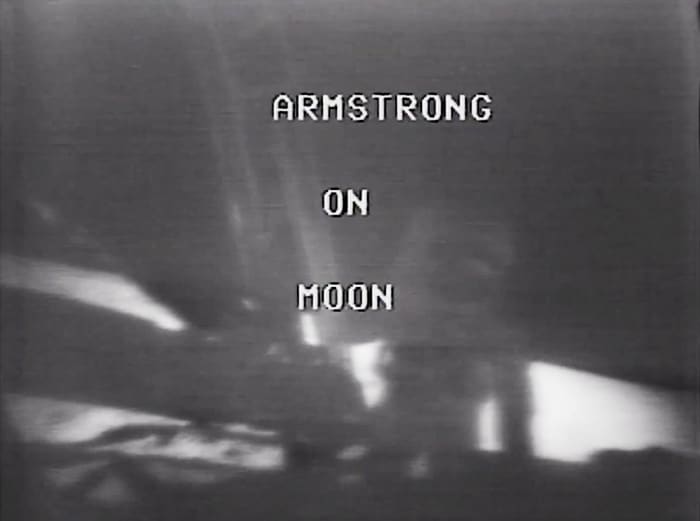 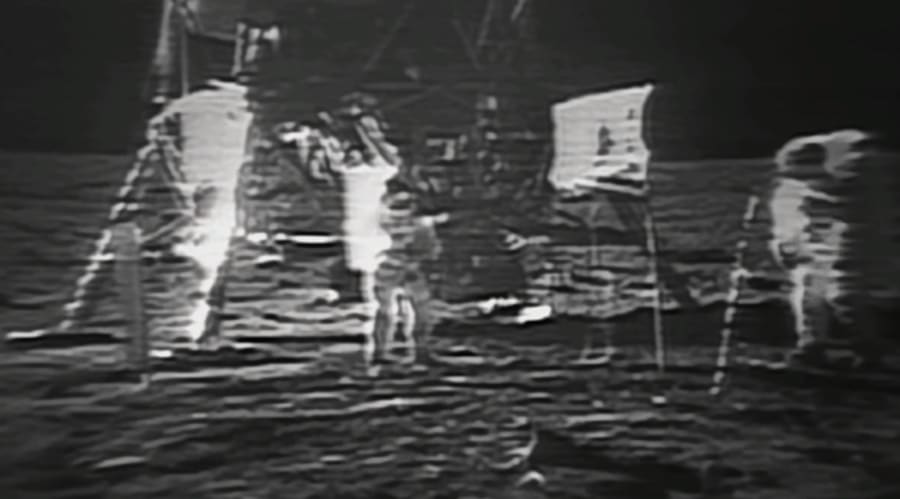 Armstrong said that moving in the lunar gravity, one-sixth of Earth’s, was “even perhaps easier than the simulations … It’s absolutely no trouble to walk around.” Aldrin joined him on the surface and tested methods for moving around, including two-footed kangaroo hops. The PLSS backpack created a tendency to tip backwards, but neither astronaut had serious problems maintaining balance. Loping became the preferred method of movement. The astronauts reported that they needed to plan their movements six or seven steps ahead. The fine soil was quite slippery. Aldrin remarked that moving from sunlight into Eagle’s shadow produced no temperature change inside the suit, though the helmet was warmer in sunlight, so he felt cooler in shadow. 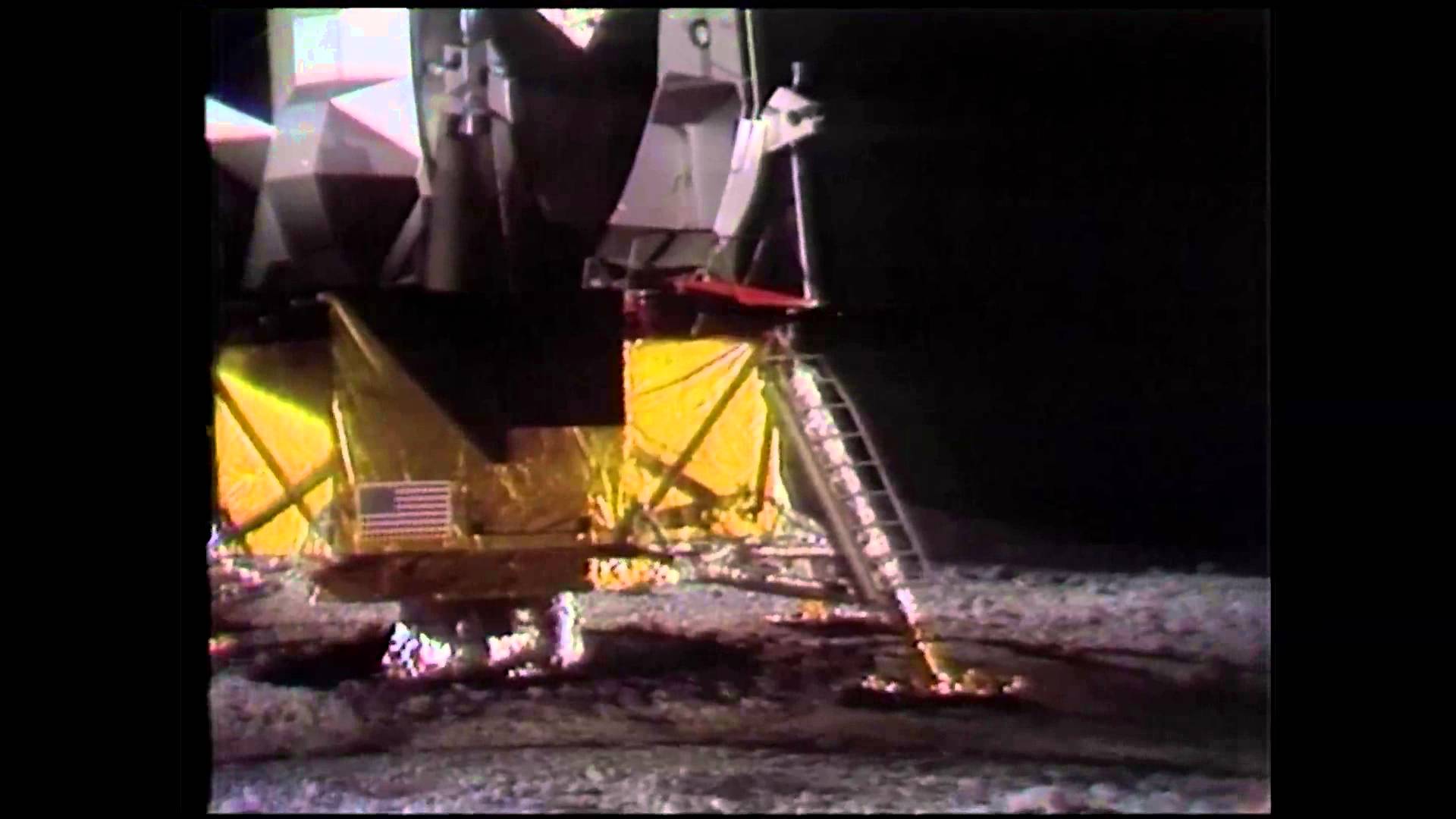 And here’s a photo that Armstrong took of Aldrin (and of Armstrong in the visor’s reflection) on the moon’s “very fine-grained” powder-like surface: “That’s one small step for man, one giant leap for mankind.”

The Astronaut’s Guide To Life In Space