Have you ever seen a rhino play with a warthog? In this sweet video, a 3-year-old rhino named Apollo plays with his fellow orphan animals.

Shared by Kenya-based orphan rescue and rehabilitation organization Sheldrick Wildlife Trust, the video also documents a bit about his day, from milk to mudbaths. 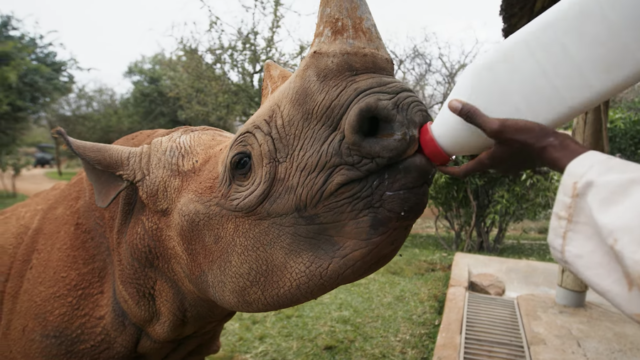 “When a rhino is at such a formative age as Apollo, every month brings about monumental changes. We rescued him in 2019, after his mother died of natural causes. Even as an infant, Apollo was a force of nature, galloping with all the conviction of a full-grown rhino. It took formidable strength and determination to bring him to safety.

“We assigned two of our most experienced rhino Keepers, Justus and Kingoo, to spearhead Apollo’s care. Before we knew it, the fierce little calf had transformed into a sweetheart. By the second day, he allowed his Keepers to enter his stable and rub his tummy. By the third day, he was ready to take his first walk down to his inaugural mud bath. By year-end, he was cruising around Kaluku and the surrounding Tsavo Conservation Area with confidence.” 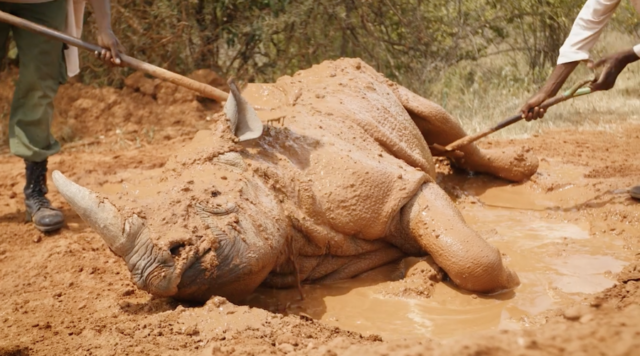 “This month, Apollo celebrated his third birthday. For a species who can live well into their forties, this puts him squarely in the toddler category. However, we must marvel at how much he has grown and matured since his rescue. Apollo came to us a tiny calf, with a stubby horn perched atop an equally stubby nose. Today, he looks like a scaled-down version of an adult rhino. He still has plenty of growing ahead of him, but he is already a very impressive fellow.” 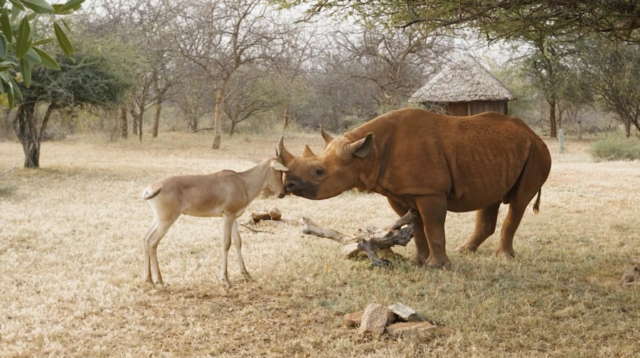 Watch these related Sheldrick and rhino videos next:
• What does a baby rhino sound like?
• Rhino Keepers for a Day
• Rescuing orphan baby elephant Olorien, a Sheldrick Wildlife Trust video

Running with a recovering baby rhinoceros

Rhino Keepers for a Day