Watch thale cress grow elegantly upward and downward in this time-lapse by Wim van Egmond. Every 4 seconds covers a day in the first clip, with 2 seconds equaling a day in the latter. The stop-motion style is accentuated by the ambient outdoor sounds.

Thale cress (Arabidopsis thaliana) is considered to be a common weed, and yet it has a very uncommon place in science. From the video notes:

Because of its small rosette size and plain appearance the plant is often overlooked. However, its small size made it very convenient for laboratory experiments… It’s one of the model organisms used in science for studying plant biology. Arabidopsis was also the first plant for which the full genome was fully sequenced and is now one of the best studied plants in the world.

The seed of Arabidopsis is less than 1 mm in size and the seedling only reaches a height of a few millimeters before it falls over to form the flat rosette. This movie shows the development both below and above ground. Note how the roots grow through the soil and deal with local obstruction [like small pebbles].

We can follow the plant’s life cycle from germination, seedling growth, forming of rosettes, root growth, appearance of root hairs and side roots. and near the end the movement of the stems that are formed upon flowering. 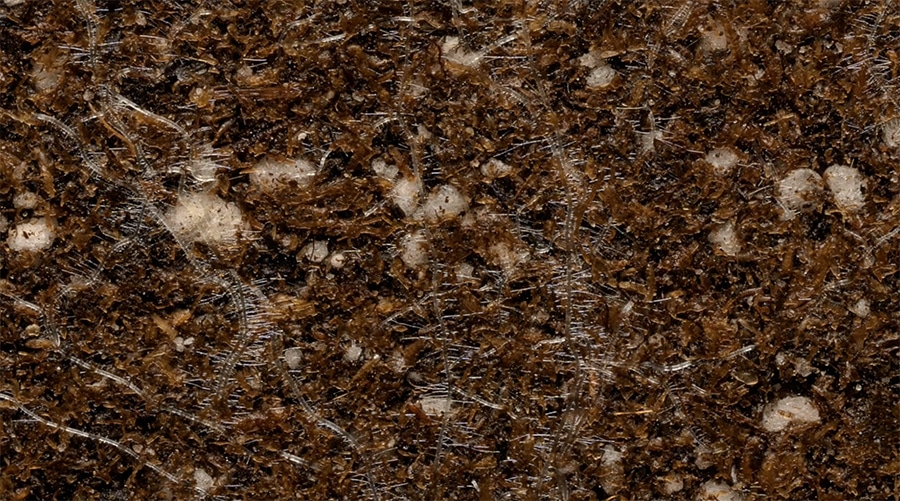