Archaeopteryx and the Origin of Birds

Paleontologist Dr. Julia Clarke shares the evidence that connects modern-day birds with dinosaurs in this 19 minute exploration: The Origin of Birds. Also: Archaeopteryx, one of the most important fossils ever discovered.

The video belongs to HHMI BioInteractive‘s Great Transitions in Evolution, a series about the “fossils of animals with features that are intermediate between those of ancestral and modern groups–or transitional fossils–provide evidence for the evolutionary origin of key anatomical structures.” More about the video:

The discovery of Archaeopteryx in a quarry in Germany in the early 1860s provided the first clue that birds descended from reptiles. But what kind of reptile? In the last 40 years, scientists have identified many shared features between birds and two-legged carnivorous dinosaurs called theropods. 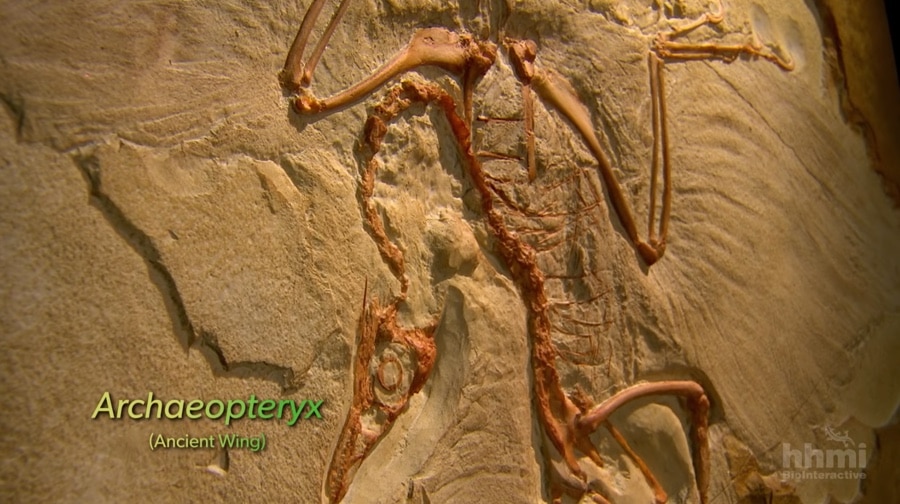 The film illustrates many of the practices of science, including asking important questions, formulating and testing hypotheses, analyzing and interpreting evidence, and revising explanations as new evidence becomes available.

HHMI BioInteractive also has an abbreviated film guide for educators [pdf], a transcript, and videos available for download.

Related listening from our friends at Tumble Science Podcast for Kids: The Call of the Antarctic Dinosaur with Julia Clarke.

Next: Dinosaurs Among Us, Dinosaurs probably didn’t roar. What did they sound like? and how do we know what color dinosaurs were?