An asteroids size comparison over Manhattan… and beyond

Asteroids are rocky, airless objects that orbit the Sun like planets, but they’re irregularly-shaped and much smaller than planets. How much smaller? It depends on the asteroid. In this dramatic Asteroids Size Comparison video by MetaBall Studios‘ 3D animator Alvaro Gracia Montoya, the sizes of some exceptional asteroids in our solar system are compared to Manhattan… and beyond. 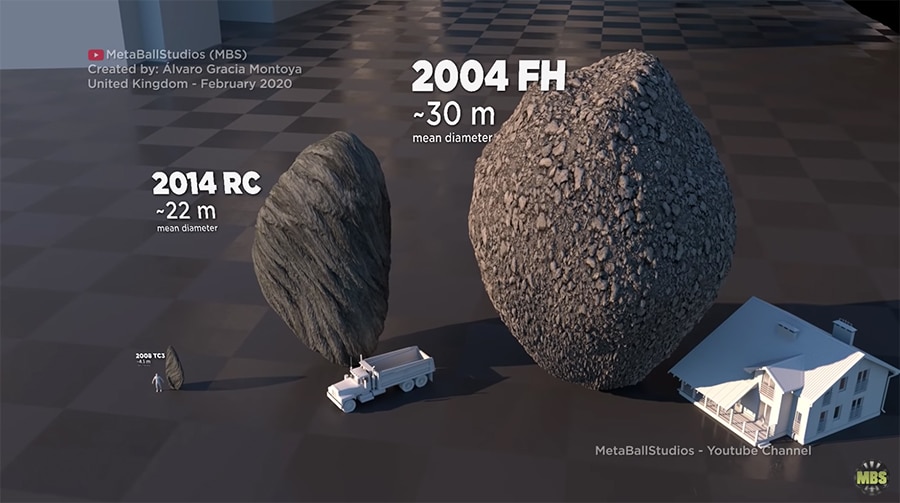 The featured asteroids get larger and larger, from 2008 TC3, which exploded over the Nubian Desert in 2008, to 99942 Apophis, which is often compared in size to the Eiffel Tower and Empire State Building, to 433 Eros, the asteroid that NEAR Shoemaker landed on in 2001, to 52 Europa, not to be confused with the Galilean moon, to the giants 2 Pallas and 4 Vesta.

The video concludes with the spherical dwarf planet Ceres:

Ceres is both the largest of the asteroids and the only unambiguous dwarf planet inside Neptune’s orbit. It is the 25th-largest body in the Solar System within the orbit of Neptune.

Via Universe Today, “ssteroids are made mostly of rock — with some composed of clay and silicate — and different metals, mostly nickel and iron.” And according to World Atlas, their composition is dependent on their distance from the sun. Read more about them at NASA Science:

Asteroids, sometimes called minor planets, are rocky remnants left over from the early formation of our solar system about 4.6 billion years ago.

Most of this ancient space rubble can be found orbiting the sun between Mars and Jupiter within the main asteroid belt. Asteroids range in size from Vesta—the largest at about 329 miles (530 kilometers) in diameter – to bodies that are less than 33 feet (10 meters) across. The total mass of all the asteroids combined is less than that of Earth’s Moon. 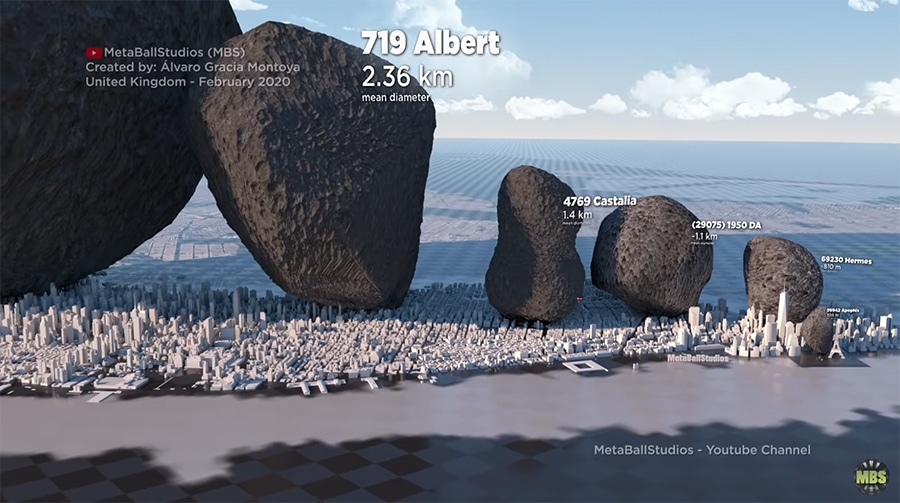 Plus, watch more related videos on TKSST:
• Revealing the true scale of the universe with VFX
• If the Moon were replaced with some of our planets…
• Planet and star size comparisons from smaller to larger
• Building the solar system to scale in the Nevada desert
• Did an asteroid kill the dinosaurs?

How do firefighters combat and control wildfires?