Badgers and Coyotes Hunt Together

Badgers and coyotes hunt together. It’s a thing. The U.S. Fish and Wildlife Service explains that “studies have shown that this unusual relationship is beneficial for both species. The coyote can chase down prey if it runs and the badger can dig after prey if it heads underground into its burrow systems.”

This badger and coyote footage was filmed and narrated by Judy Lehmberg, a former college biology teacher and naturalist filmmaker who shares videos on the EPIC Nature YouTube channel. Some context, via Kottke, from National Geographic:

Of course, the interaction between the two animals has long been recognized by Native Americans, like the Navajo and Hopi, who have countless stories about the coyote (the trickster) and the badger (the long-clawed, clever digger) hunting and sharing meals together. 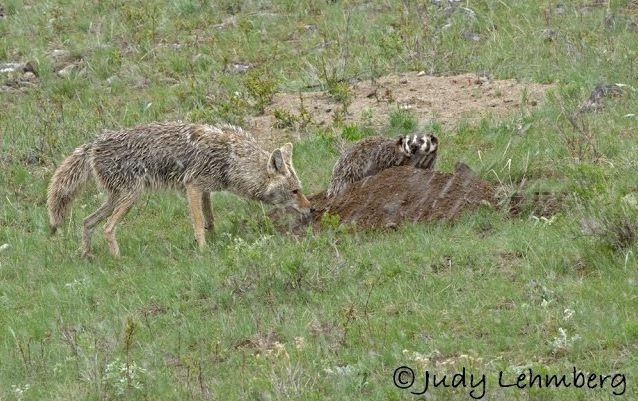 A remote camera video of a coyote and badger traveling together through a culvert in California’s Santa Cruz Mountains has recently gone viral, prompting interest in mutualism and hopes for an animated buddy movie. From National Geographic:

Scientists have known for a long time that coyotes and badgers in the American West hunt cooperatively for small mammals; the partnership is even featured in Native American mythology. But until now, the phenomenon has always been thought to be purely transactional. What’s so striking about the video, says independent behavioral ecologist Jennifer Campbell-Smith, is that it’s not “these cold, robotic animals taking advantage of each other—they’re instead at ease and friendly…” 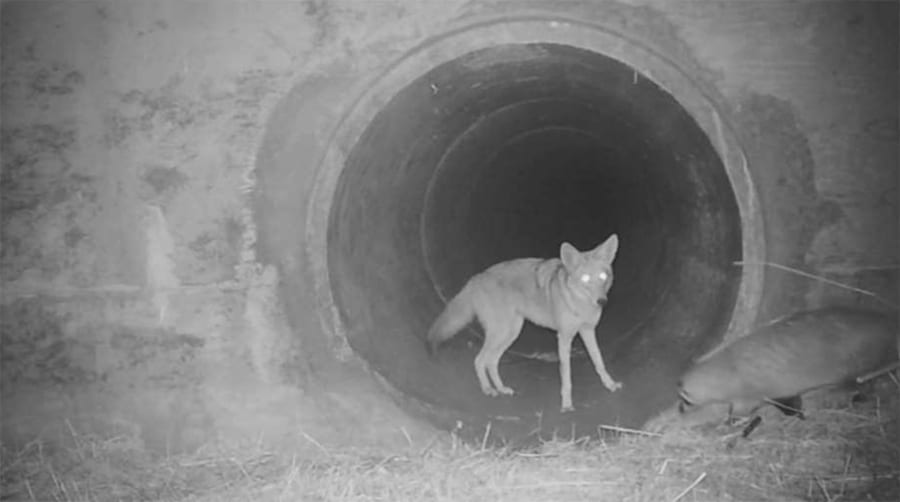 The video, taken by the nonprofit group Peninsula Open Space Trust, is an important discovery for scientists: It shows both the first example of coyote-badger cooperation ever taken in the San Francisco Bay Area and possibly the first video showing two species sharing a culvert—a tunnel that allows water to flow under a road and wildlife to bypass highways. But there’s another crucial takeaway here, she adds: Helping the public to relate to the wildlife in their own backyards.

Watch these related videos next:
• Bears in the forest: What goes on when you are not there…
• Un albero un anno (One tree one year)
• Baby lions, baby tiger & baby hyena cub friends
• The Short Story of a Fox and a Mouse

The animatronic animals of Spy in the Wild