In his STS presentation pitch video above, Choi explains his inspirations and how the mind-control-based technology works. A summary from STS (pdf):

“Inspired by a news report he recalled from third grade, Ben wanted to advance the field of prosthetics by applying the power of artificial intelligence (AI) to the tasks. He placed tiny, non-invasive electrodes in a headband worn by human volunteers, to record “fuzzy residual electrical activity” and collect thousands of brainwave data points. With that data he trained his own complex AI-based algorithm to differentiate the wearer’s thoughts from other electrical activity detected by the electrodes. In physical movement tests, his $300 bionic arm system compared favorably with alternative prosthetics that require brain surgery and can cost upwards of $450,000.” 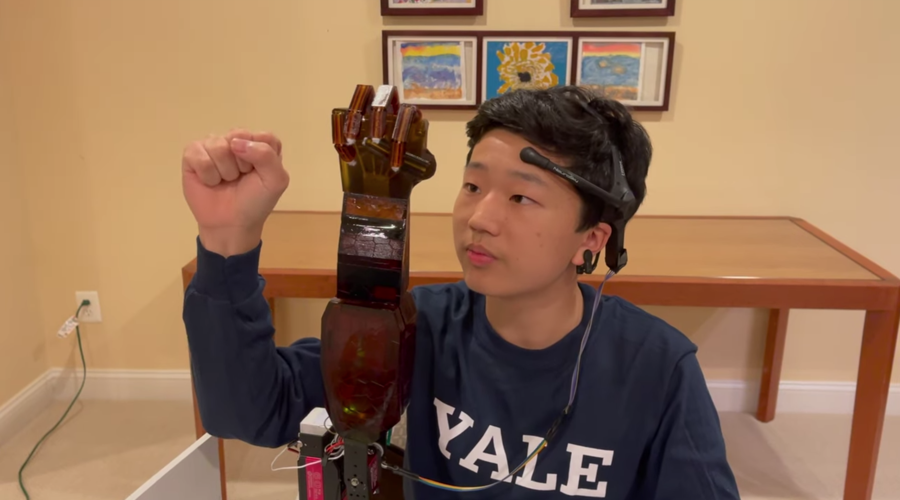 The breakthrough approach—a project that has gone through more than 75 design iterations so far—is potentially life-changing for anyone who is in need of a prosthetic arm. From Smithsonian Magazine:

“An estimated 2 million people are living with the loss of a limb in the United States, and about 185,000 amputations occur every year. The World Health Organization states only one in ten people who need assistive products, including prosthesis and orthoses, have access to them, citing ‘high cost’ and a ‘lack of awareness, availability, trained personnel, policy and financing.’ 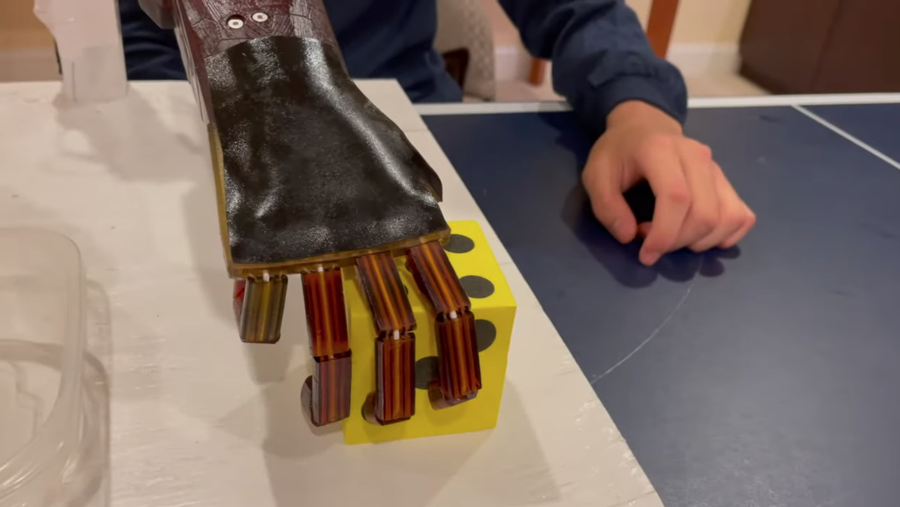 Waddles the duck gets a 3D-printed prosthetic leg

The world’s most advanced prosthetic limb: The bebionic3

MetaLimbs: Extra robot arms that you control with your feet

Josie the chihuahua gets her wheels