Updated research on this swimming dinosaur: The revealing tail of Spinosaurus aegyptiacus.

The water-loving Spinosaurus had a spiny “sail” on its back, and a crocodile-like head, neck and tail, but was much larger than the Tyrannosaurus Rex. At 50 feet long, it’s the largest carnivore to walk (and swim) the Earth… that we know of.

Spinosaurus lived about 112 to 97 million years ago with other giant predators — “several T-Rex-sized predatory dinosaurs, six or seven different kinds of crocs, giant flying reptiles, car-sized fish…” — in a river system that existed in what is now the Sahara Desert of Northern Africa.

Watch it come to life in the National Geographic/NOVA animation above, introduced by paleontologists Nizar Ibrahim and Paul Sereno. 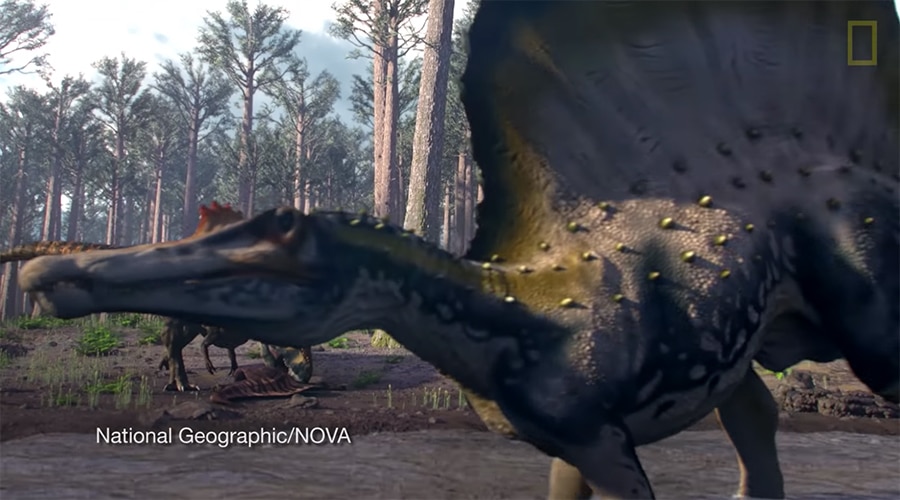 The beast, called Spinosaurus aegyptiacus, was already known to scientists from a long-ago fossil discovery, but most of those bones were destroyed in Germany during World War II. Now, 70 years later, a new skeleton found in Morocco reveals that the beast was far more aquatic than originally thought…

Ibrahim described the creature as “so bizarre it’s going to force dinosaur experts to rethink many things they thought they knew about dinosaurs.”

Scientists had thought that all dinosaurs stuck to the land, with occasional brief trips into the water. But the new skeleton shows clear evidence of river and lake living: hip bones like a whale’s, dense bones that allowed it to dive for food, and nostrils positioned high on the skull, allowing Spinosaurus to mostly submerge.

Be sure to watch this more recent video: The revealing tail of Spinosaurus aegyptiacus. 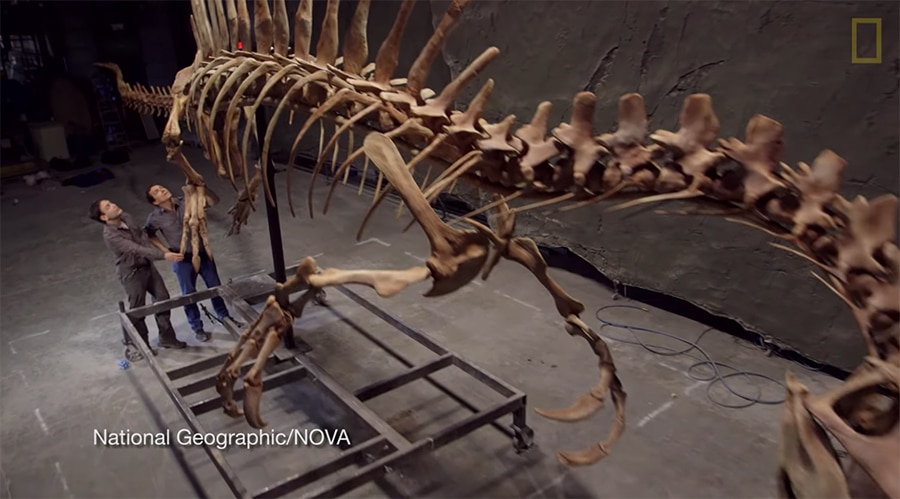 The life and evolution of the Woolly Mammoth