Peek inside of a black-capped chickadee nest with this narrated video by birding YouTuber Lesley the Bird Nerd.

For 20 engaging minutes, Lesley shares 54 days of a chickadee family’s life, including nest-building, their courtship of food offerings, the first egg, six hatchlings, feeding, and fledging. She also captures footage of the mother defending her nest with a lunging and hissing snake display meant to scare away predators. 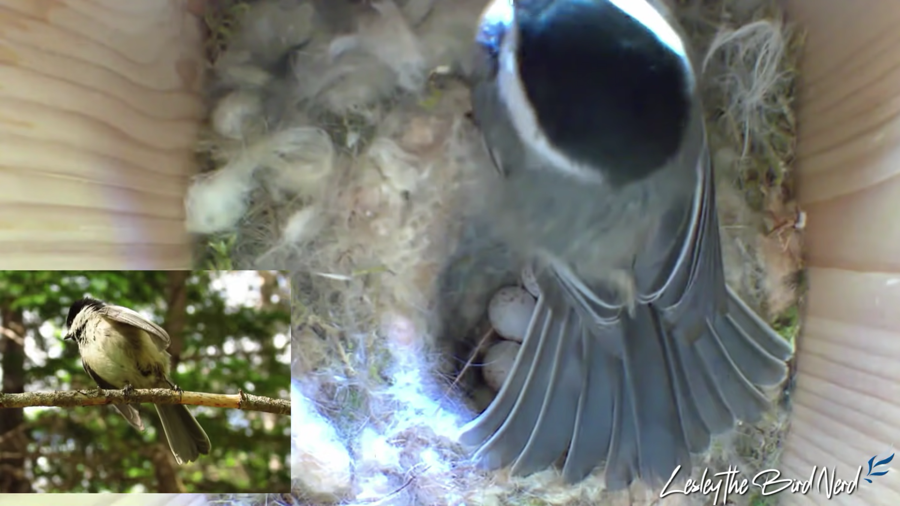 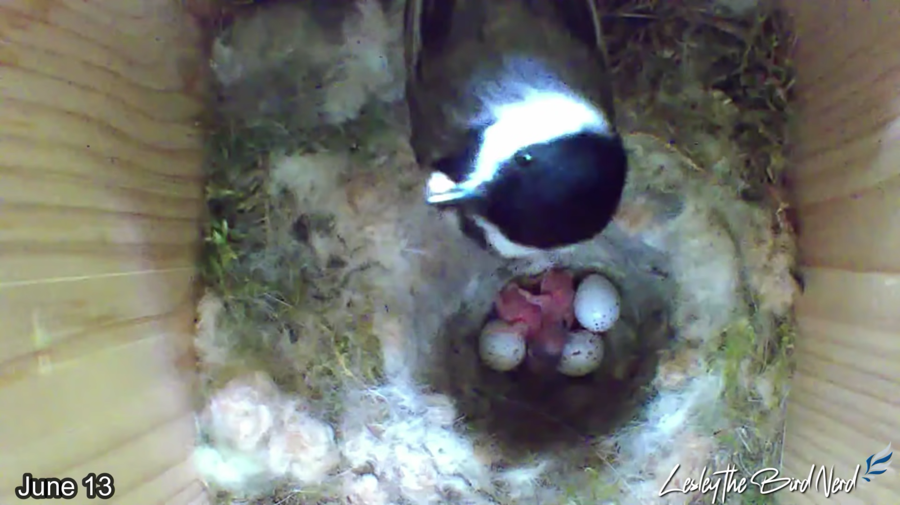 Black-capped chickadees are found in the northern United States and southern Canada. The charming songbird eats insects, seeds, and berries throughout the seasons and is “always welcomed at bird feeders, where it may take sunflower seeds one at a time and fly away to stuff them into bark crevices.” From Audubon.org:

“Pairs typically form in fall and remain together as part of winter flock. Flocks break up in late winter, and both members of pair help defend nesting territory. Male often feeds female, beginning very early in spring. Nest site is in hole in tree, typically enlargement of small natural cavity in rotten wood, sometimes old woodpecker hole or nesting box; usually 5-20′ above the ground. In natural cavity, both sexes help excavate or enlarge the interior. Nest (built by female) has foundation of moss or other matter, lining of softer material such as animal hair.”

Their young usually leave the nest at around 16 days. 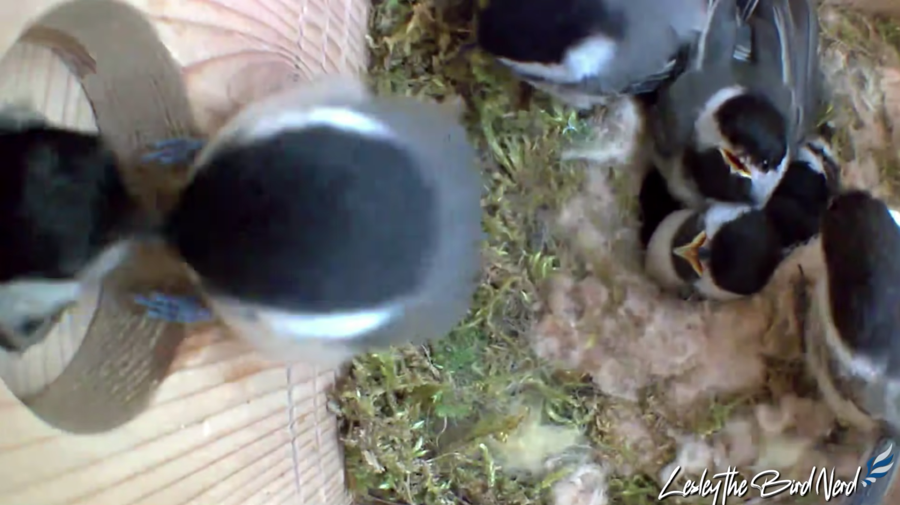 And explore more nest videos on TKSST, including:
• Why aren’t bird nests covered in poop?
• A blue tit nest box, from empty nest to fledging chicks
• Scenes from inside a Barred Owl nest
• Hummingbird hatchlings in their nest with mother Rosie
• How do cliff swallows build their mud pellet nests?

Bonus from Lesley: A Lot About Blue Jays.

The ‘bizarre and rare’ Yellow-headed Picathartes

Scenes from inside a Barred Owl nest