The blue-ringed octopus communicates and camouflages with its skin

Some animals, like the poisonous blue-ringed octopus, can communicate through their color-changing skin. And those who see its vivid color changing blue rings should heed those warnings. According to the Ocean Conservancy, despite their compact 12 to 20 centimeter (5 to 8 inch) size, the blue-ringed octopus “carries enough venom to kill 26 adult humans within minutes.” But like so many wild animals, they are “only a threat to humans when they feel threatened and directly bite someone.”

Its best weapon is its skin. It can make itself invisible. It adapts to the bottom’s color and appearance. Sometimes it changes its colors so that you can see that it’s a warning. It’s establishing that it is dangerous and that it is at home. Its rings’ colors are contrasted and increased by mixing black and electric blue over an almost white skin. It’s a living visual warning no predator would dare to bother it. 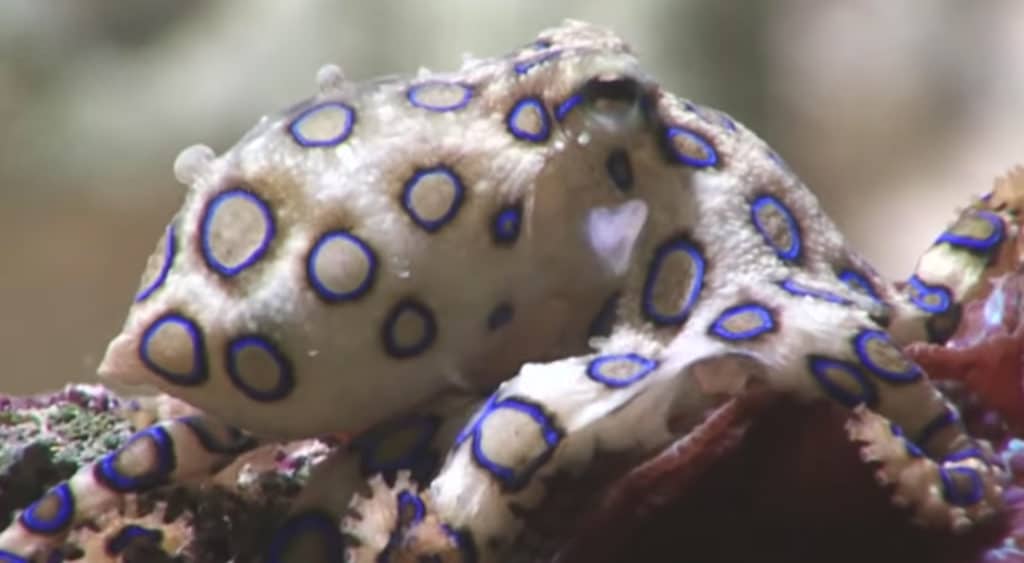 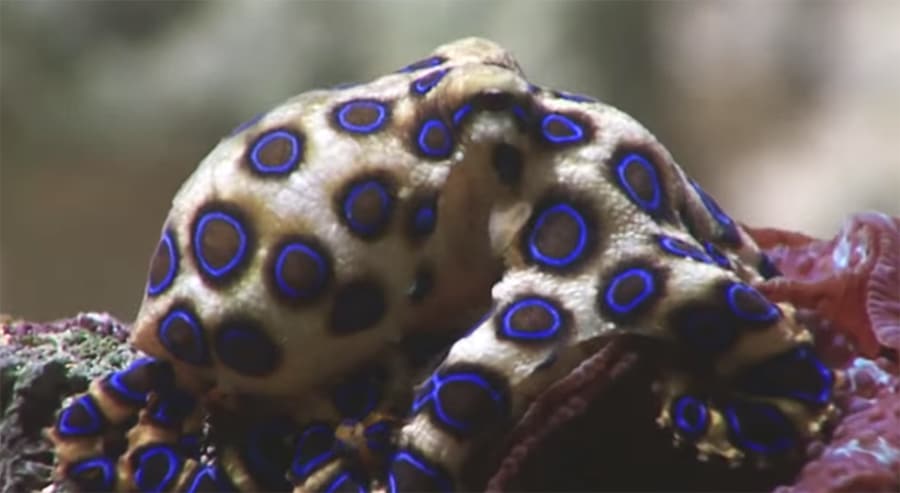 Learn more about this fascinating species with Oceana.org:

The southern blue-ringed octopus is restricted to the southern coast of Australia, where it feeds primarily on small crustaceans, including shrimps and crabs. It can use its venom to immobilize its prey by either of two methods: 1) biting the prey and injecting the venom directly into the wound or 2) releasing a cloud of venom into the water which enters potential prey through its gills. 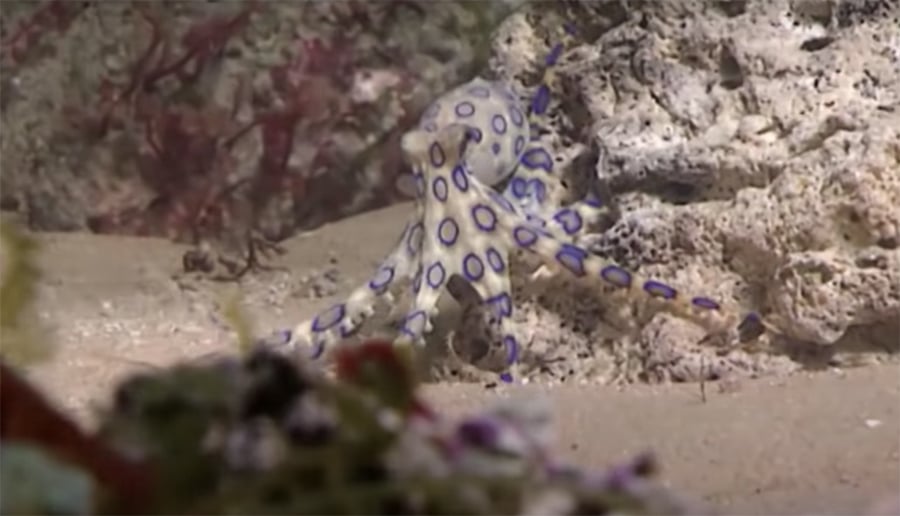 Then watch more octopus videos on TKSST, including:
• Octopus Camouflage!
• The unusual locomotion of a boneless, 600lb octopus
• An octopus changes its colors and textures as it swims away
• Octopus 101: Communication, breathing, and puzzle-solving

The Abdopus Octopus walks across dry land to hunt for crabs