This performance by Les Objets Volants is a wonderful mix of work and play… an exercise in “juggling” that requires an immense amount of concentration and teamwork. Boomwhacker Bach! In front of an audience in Luxeuil les Bains, France, this is Prélude n°1 aux tubes musicaux, or Johann Sebastian Bach‘s first prelude played with boomwhackers. 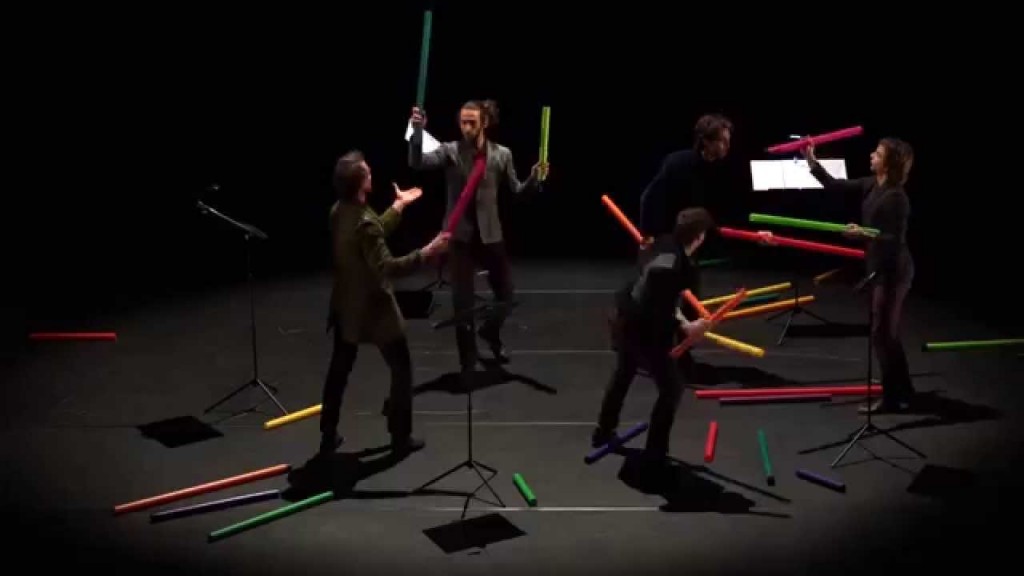 Les Objets Volants approaches circus juggling from a background of theater, visual arts, and mathematics. In their show, Liaison Carbone, their inspiration comes from the world of science:

“Liaison Carbone is a particle physics at human scale. Our juggling matter emerges from the manipulation of a large number of objects, like physical matter is made of a large number of atoms. One doesn’t see a few balls or a few rings anymore, but a whole set with a particular behavior, passing through solid, liquid or gaseous states, until it becomes living matter.”

We’re impressed with the practice it takes to remember the routine: Associating tube colors and lengths with the needed song notes, and then handing off to the right person on their team. What patterns does each player learn? Watch the video a few times, focusing on a different team member each time.

Then watch these next: Club & ring juggling tricks with four jugglers, Michael Moschen’s The Triangle, Mummenschanz on the Muppet Show, and What Happens When 350 Musicians Meet For The First Time?