Born Like Stars: An egg-brooding squid and its hatchlings

In this archive video captured by Tiburon, a remotely operated vehicle (ROV) from the Monterey Bay Aquarium Research Institute (MBARI), we see the first footage of baby squid being hatched into the deep sea — their native habitat of around 1,500 to 2,500 meters (about 5,000-7,000 feet) deep — as its mother broods around 3,000 eggs in a huge cluster. Video of this Gonatus onyx cephalopod was uploaded in 2011 by filmmaker Brent Hoff, but was witnessed as early as 2002. 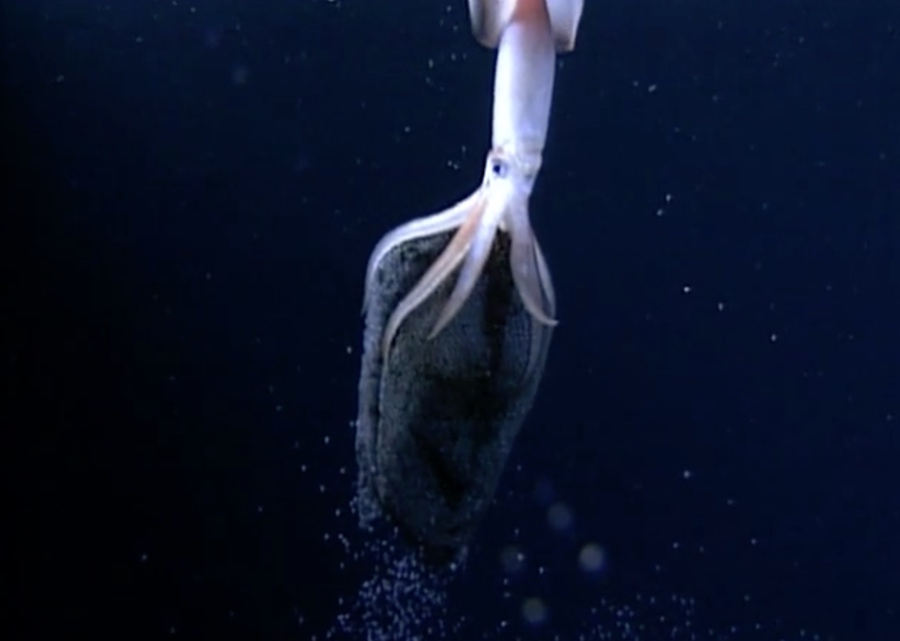 Reproduction is one of the many challenges faced by deep-sea animals. In recent years, submersibles have allowed scientists to explore the lives of deep-sea animals in ways that were not possible before. One of the many exciting discoveries was that a mother of the deep-sea squid species Gonatus onyx broods her eggs by holding them in her arms, a behavior that had never been previously reported for squids. This shocking discovery was the first time scientists had evidence of parental care in squids. In 2012, a team of researchers led by Stephanie Bush, reported finding another species of deep-sea squid that broods eggs, Bathyteuthis berryi, suggesting that this form of parental care may be a common solution to a reproductive problem for deep-sea squids.

Here’s a narrated MBARI video from 2014 that provides more info:

Watch more from the deep sea, more MBARI, and more cephalopods, including the case of the green-eyed squid, the strange and amazing barreleye fish, and this deep-sea octopus protecting her eggs for four and a half years.