A new year’s greeting from the team at Boston Dynamics, this December 2020 video features their Atlas, Spot, and Handle robots dancing to ‘Do You Love Me’ by the 1960s Motown group The Contours.

These robotic creatures are demonstrating some seriously smooth moves, having come a long way from where they started. Atlas, who was still pretty unsteady in 2015, two years after it was introduced, can now add ‘cut-a-rug’ to its list of jumps, backflips, and all-too-human moves.

Spot, who is commercially available for purchase, is especially lithe on its small but powerful paws. The four-legged robot can also climb stairs, help with the dishes, navigate rubble during rescue operations, and potentially explore lava tubes on other planets. 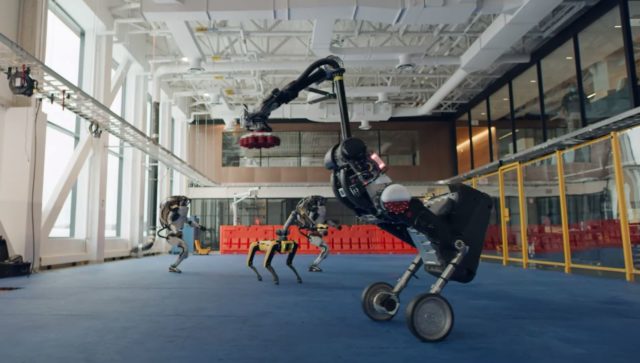 Handle first appeared as a horse-like bot rollerskating on its hind legs, but now looks a bit more like a bird or dinosaur on wheels. Its ‘head’ is a vacuum arm built for moving large boxes around.

“Do You Love Me” is a 1962 hit single recorded by The Contours for Motown’s Gordy Records label. Written and produced by Motown CEO Berry Gordy Jr., “Do You Love Me?” was the Contours’ only Top 40 single on the Billboard Hot 100 chart in the United States. Notably, the record achieved this feat twice, once in 1962 (No 3) and again in 1988 (No 11). 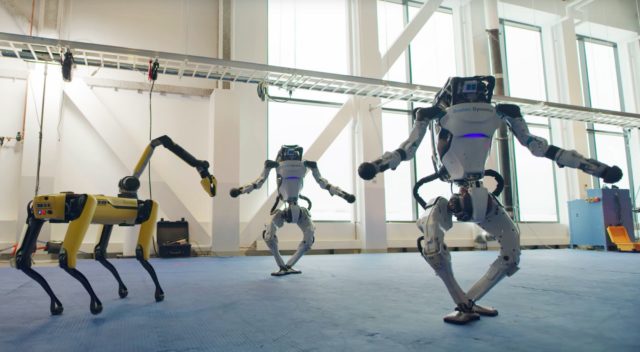 Staffed by robots alone – The Henn-na Hotel in Japan