Travel to Mexico City‘s 2019 Day of the Dead (el Día de los Muertos) parade with Butch Locsin, aka The Skeleton of Color, a Los Angeles-based performance artist who wears his handmade skull masks while dancing in the streets with a rainbow of smoke grenades.

The Day of the Dead iconography that Locsin references help him share the celebration of life. He explains, “There are misconceptions about skulls, that they’re something that’s evil, but my art is bringing color to darkness. To me, the skull is a symbol of rebirth.” 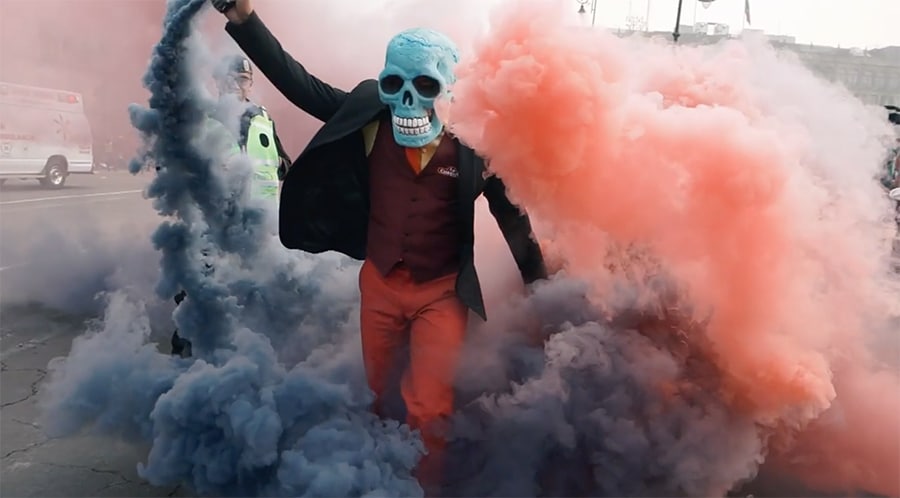 The video, filmed by Alejandro Guizar, also shares other impressive costumes from the parade. Some context from Google Arts and Culture:

The calavera (a word that means “skull” in Spanish but that has come to mean the entire skeleton) has become one of the most recognizable cultural and artistic elements of the Day of the Dead festivities. 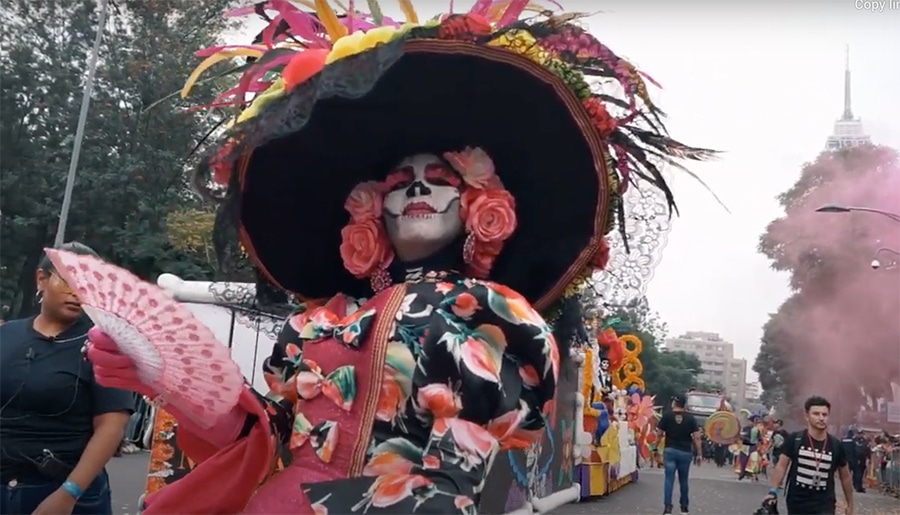 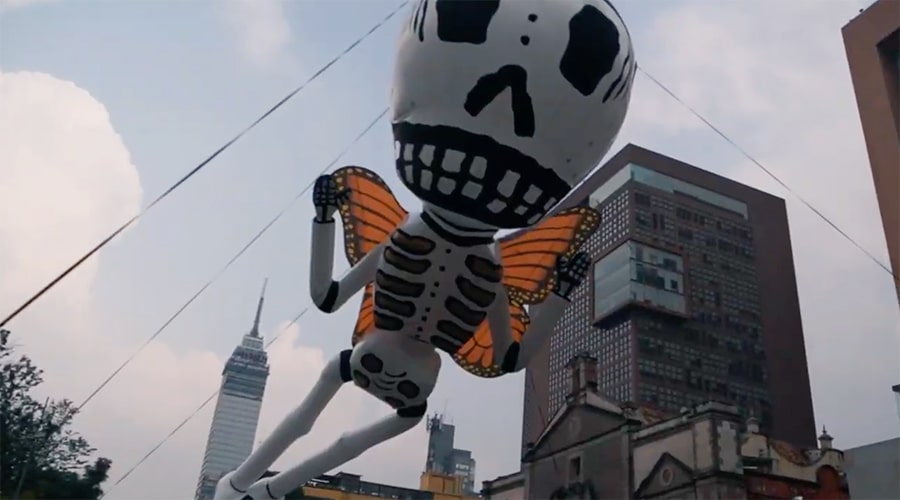 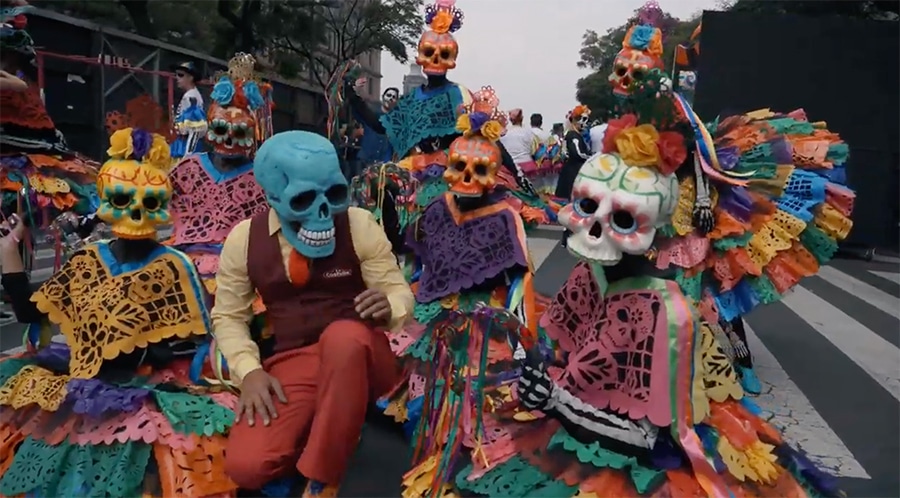 Mexican artists reinterpret calaveras as part of the Day of the Dead celebrations and in their own work. Modern Calaveras sometimes incorporate pop culture motifs or refer to contemporary politics. 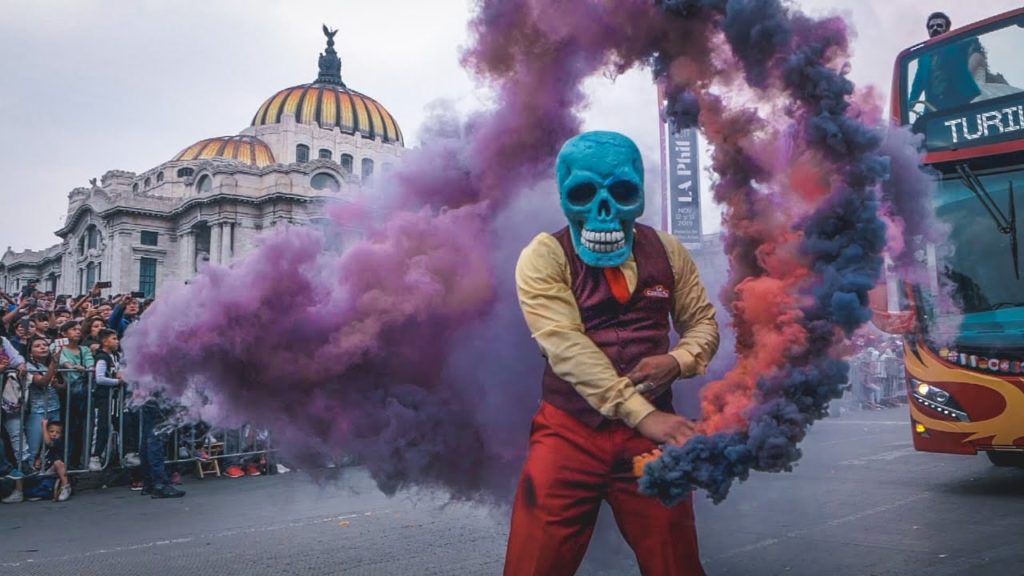 Below, Locsin talks with 60 Second Docs about his colorful costumes and why he loves to perform: