Caine’s Arcade, the movie that inspired a movement

Nine-year-old Caine Monroy made a super-detailed cardboard arcade in his dad’s East Los Angeles used auto part store. His first customer happened to be filmmaker Nirvan Mullick who was inspired by Caine’s inventiveness and decided to get Caine a flashmob of customers one Sunday. This is a film about that day. 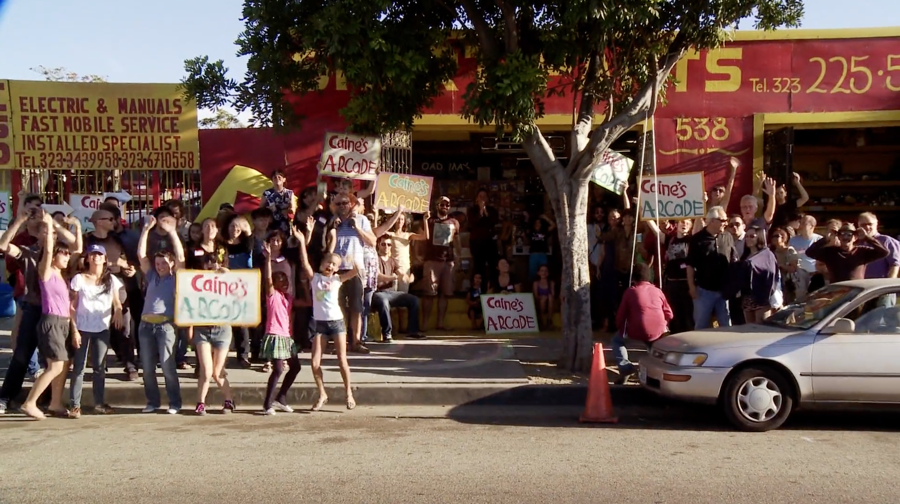 Update: The 2012 film quickly went viral, inspiring kids and grownups around the globe to create and engineer with cardboard. In a 2019 post on the Two Bit Circus Foundation’s site, Caine writes:

“It started while I was on summer vacation in my dad’s auto parts shop. He kept the packaging from the parts he sold in the back. I saw that he had stacks of cardboard, and so I decided to build my first arcade game, a finger-based soccer table using cardboard and little green action figures to act as goalies to make the game challenging. After I built this game, it became like a fun challenge to me, because I wanted to create different, and more complex ones. Through the entire summer, I spent weeks creating and building…” 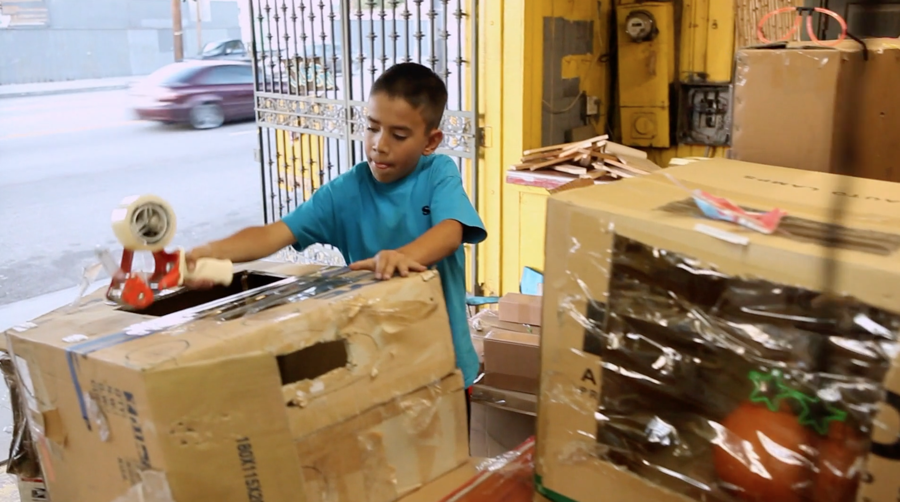 “I had no idea that people would be so inspired by the arcade I built, and that the video would go viral. It made me happy when I saw that my arcade was inspiring other kids to create games and build things out of cardboard. Using recycled materials is really important to me because that’s what I had available to me when I built my Arcade.” 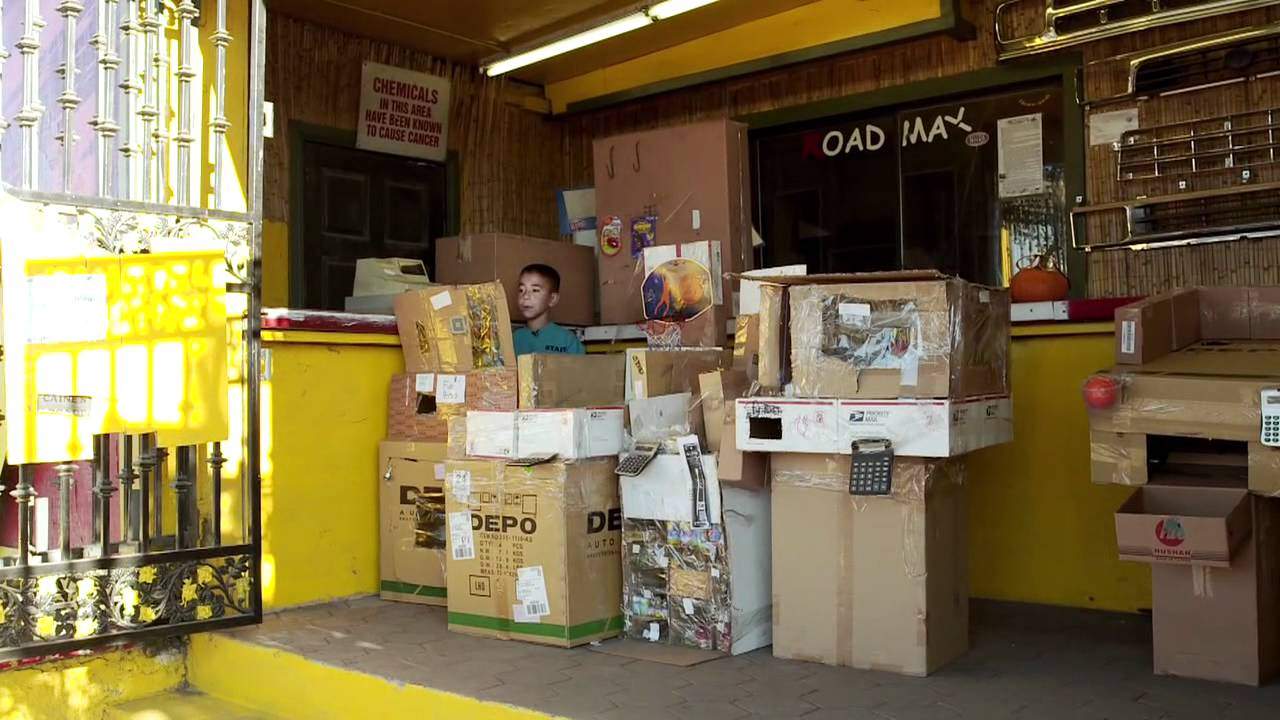 Today, Caines Arcade is the inspiration for Imagination.org, a non-profit organization created to help foster the creativity of kids who are inspired by Caine’s Arcade.

Every autumn since 2012, Imagination.org has run the Global Cardboard Challenge, a maker event created to “raise a new generation of innovators and problem solvers who have the tools they need to build the world they imagine.” Find a Cardboard Challenge event. 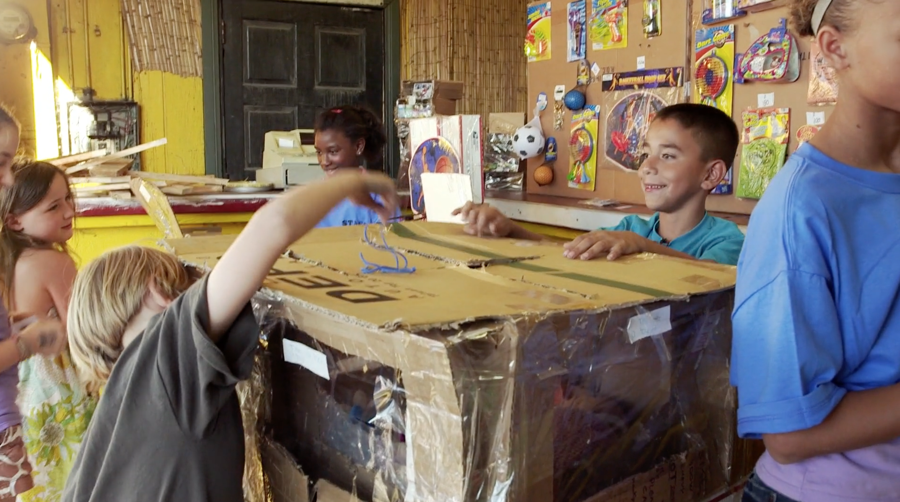 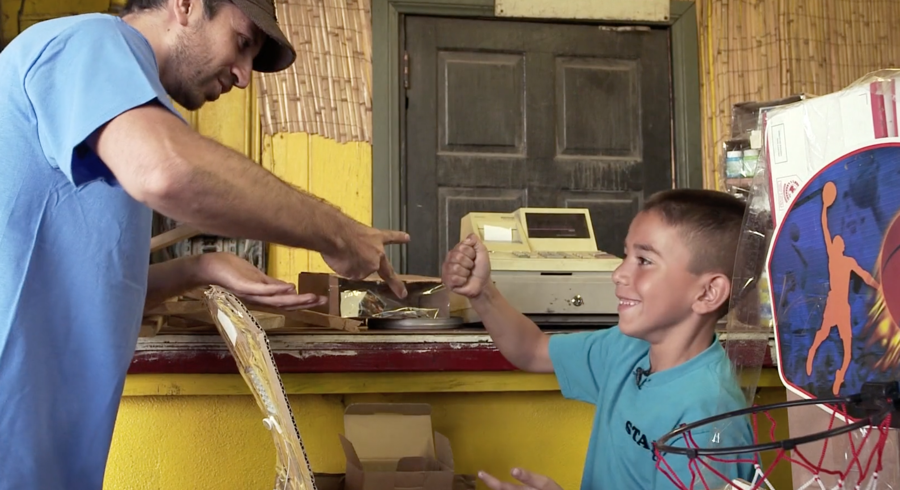 From the Cardboard Challenge team:

“Creativity is the most important skill of the future, and the Cardboard Challenge is a powerful tool to foster it through playful learning.

“The Carboard Challenge brings the world together around the value of creativity. It’s a worldwide celebration of the genius of every child and the simple things adults can do to foster it…

“Imagination’s Day of Play commemorates the flash mob that came out to make Caine’s day in the film. It’s an opportunity for communities all over the world to come together in big and small ways to celebrate the creativity of kids just like Caine!” 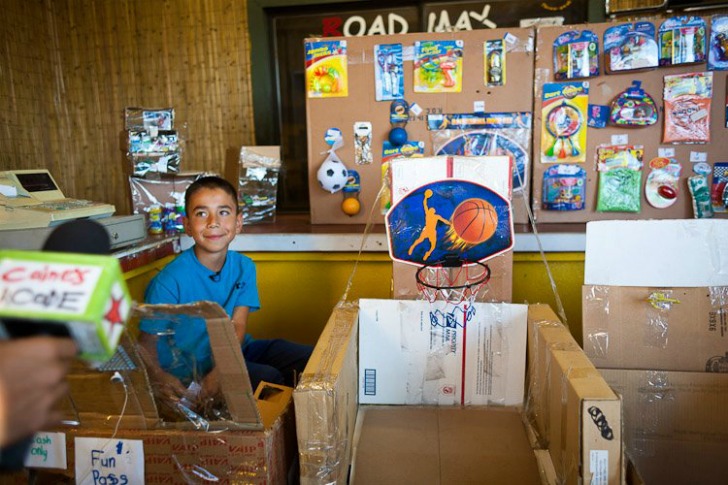 Other kids making it happen:
• Audri and his Rube Goldberg Machine
• Milah and Korben sing Depeche Mode with their dad.

Plus, watch more videos about cardboard.

True or Poo? A trivia game show with Tumble Science

How to make a paper mache mushroom hat with recycled materials

How to make a DIY cardboard planetarium and projector

How to make a cotton ball launcher

How to make a coin sorting machine with cardboard