“After moving to Paris in 1926,” the Whitney Museum of American Art explains, “Alexander Calder began to fabricate dozens of tiny figures and props for what would become his most beloved work—titled in French Cirque Calder, and in English Calder’s Circus.”

The 2013 short Conserving Calder’s Circus documents how the Whitney team diligently worked to conserve this unusual sculpture, not only by physically caring for its materials but by preserving the piece in our memory, too. 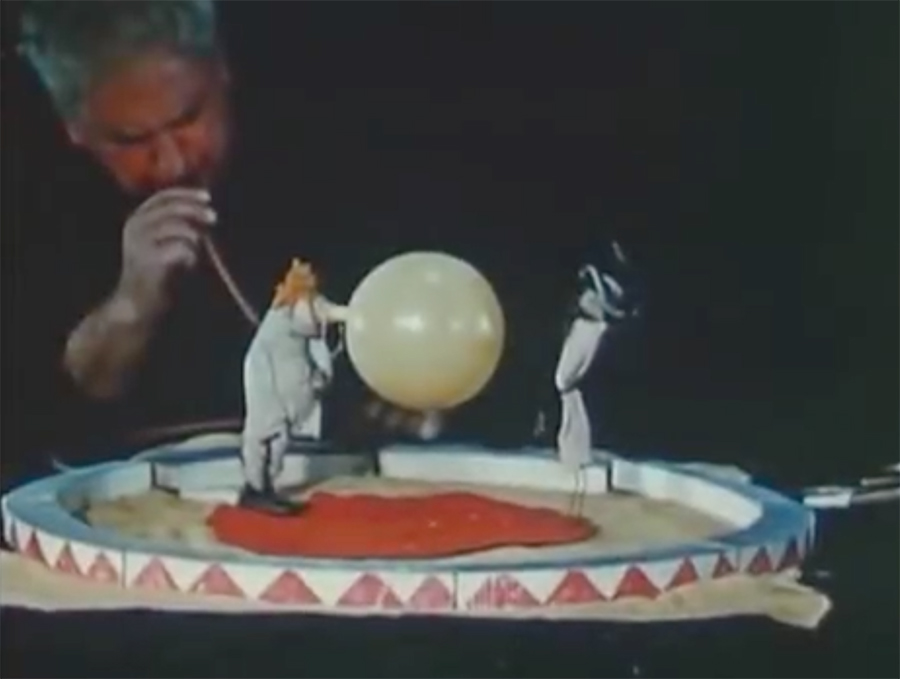 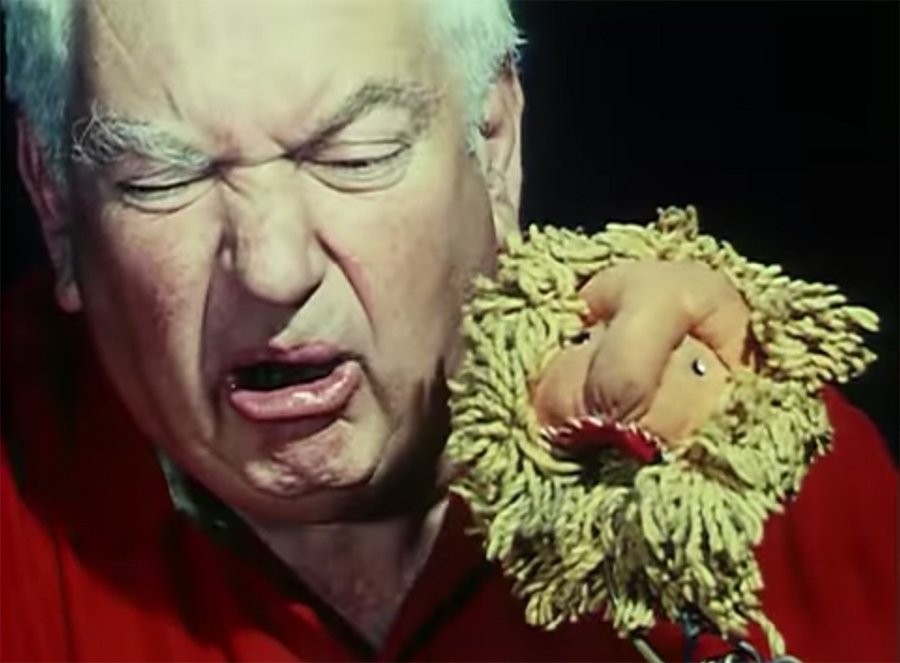 “Naturally, when you are restoring a work of art that once moved, the temptation to think about getting it to move again is great. Calder’s Circus cannot be performed for two reasons: One, for conservation and, two, because the great performer is not with us…” 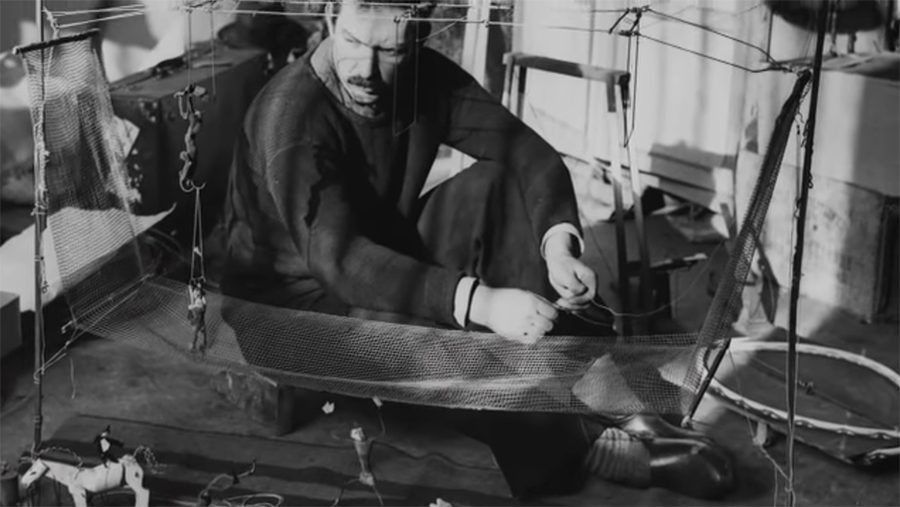 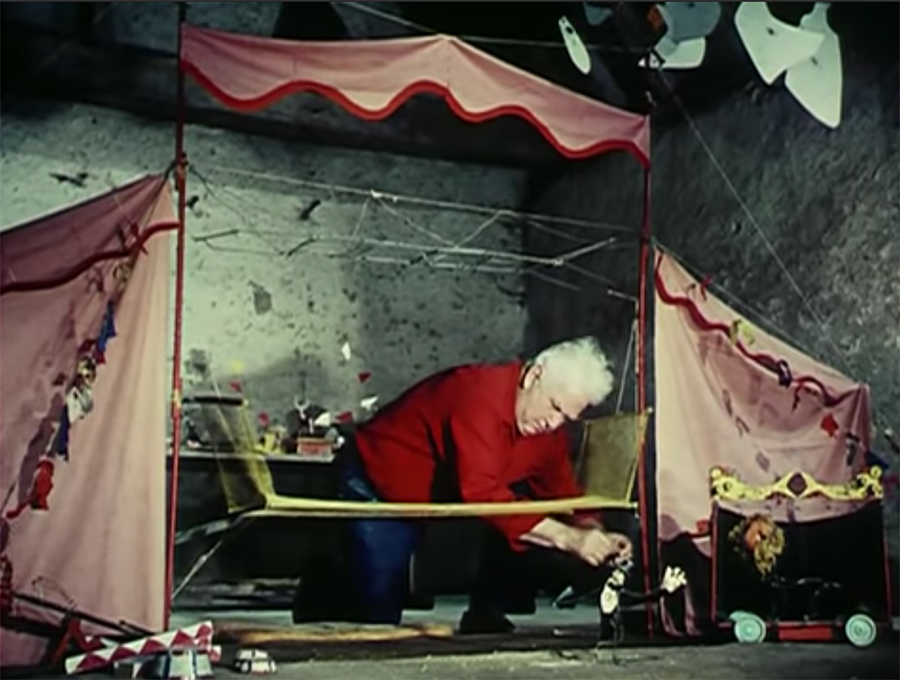 “Performance art is so closely related to the artist-creator that in the case of Calder, like many others, it cannot be performed without the artist.” 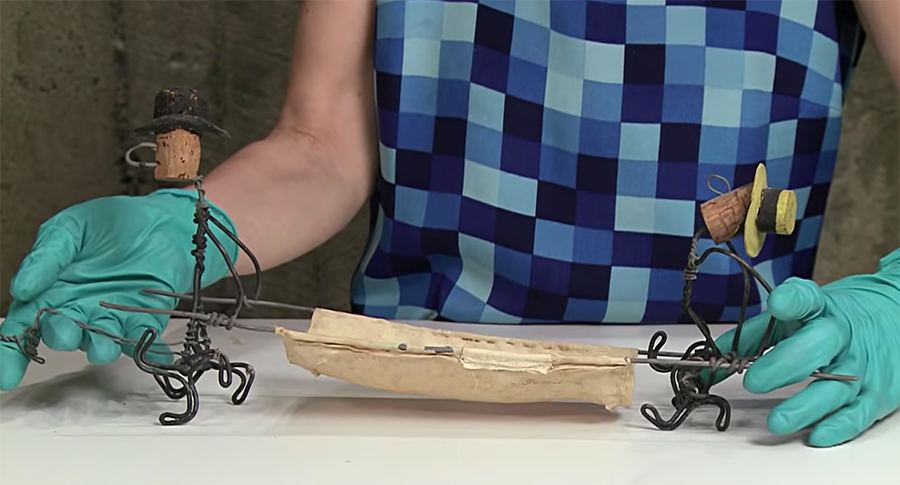 The sculpture and performance piece was based on real-life circuses and performers that Calder encountered during the early twentieth century. It was handmade and often repaired by the artist. Much of its wear is treasured evidence of his hands-on engagement. From the Whitney:

“Making use of simple, available materials such as wire, wood, metal, cloth, cork, fabric, and string, he constructed ingeniously articulated animals, clowns, and acrobats. In total, the circus consists of an elaborate troupe of over seventy miniature figures and animals, nearly 100 accessories such as nets, flags, carpets, and lamps, and over thirty musical instruments, phonographic records, and noisemakers.” 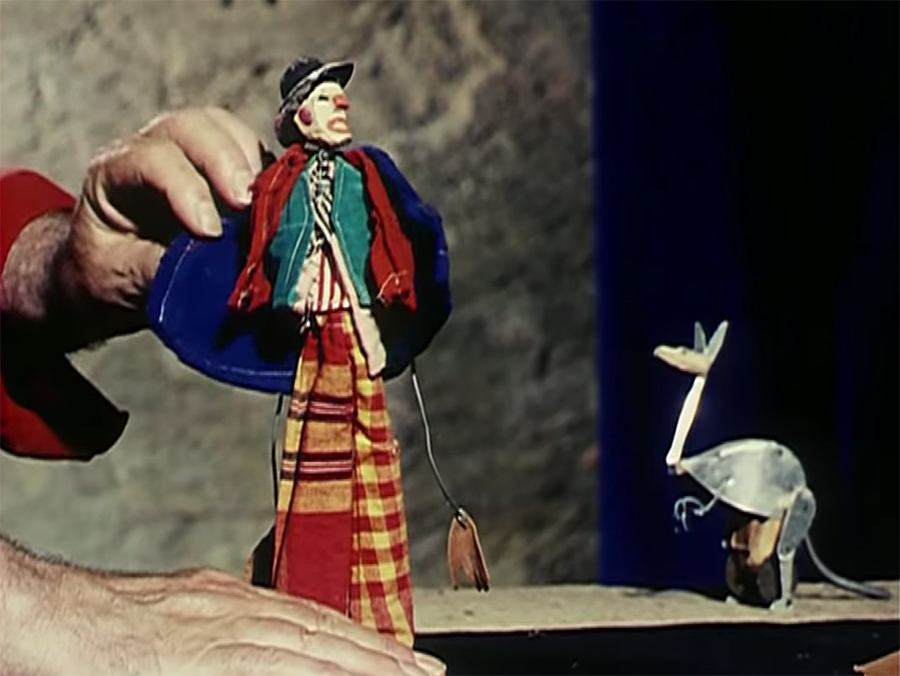 The now-fragile piece is on view on Floor 7 of the museum in New York City, but its Parisian origins provided a more ebullient environment, as did the artist’s dynamic, unmediated performances in the decades to follow.

“In Paris, Calder’s audience would sit on a low bed or crates, munching peanuts and using the noisemakers while Calder choreographed, directed, and performed Calder’s Circus, narrating the actions in English or French. Accompanied by music and lighting, performances could last as long as two hours. Calder’s Circus brought him renown in Paris as he staged it for artist colleagues and friends, including Piet Mondrian, Joan Miró, and Marcel Duchamp. These performances also introduced the kineticism that would become the defining characteristic of Calder’s art from the 1930s onward.”

This rare footage by filmmaker Jean Painlevé documents Cirque Calder, as performed by Calder in 1955: 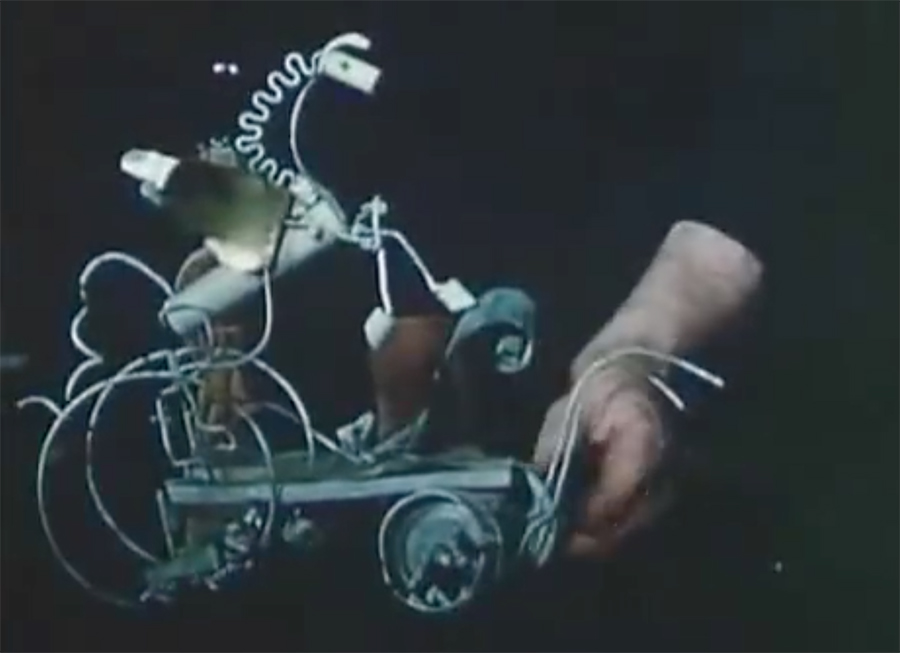 Explore more with the Calder Foundation.

Theo Jansen’s Strandbeest on the beach in San Francisco

The record-setting Queen of Limbo