ShareTweet
Watch more with these video collections:
balancebiomechanicsbiomimicryCalTechdroneengineeringflyingphysicspropellerresearchrobotscienceskateboardsportstechnologywindWomen in STEM

“There are lots of bipedal robots out there, and drones are ubiquitous. But until now, no one had engineered walking and flying technology to work together in a single robot. – So it’s the first robot that truly integrates the walking and the flying. It’s not just a drone with legs.”

Leonardo, a backronym for LEgs ONboARD drOne, is a 75-ish centimeter (2.5 foot) tall project by a team at Caltech’s Center for Autonomous Systems and Technologies. 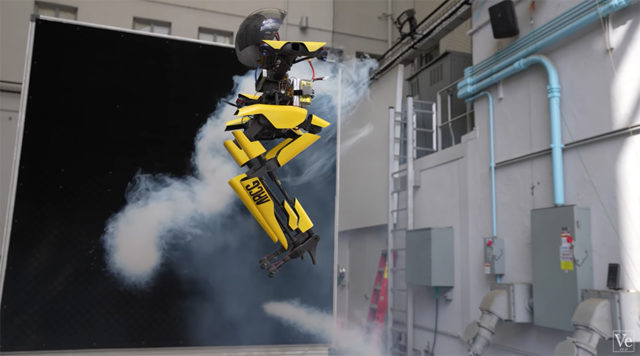 And it doesn’t only walk and fly. With two legs on tippy toes and two propellers for arms, Leonardo can also slackline, hop, and ride a skateboard, as seen in this Veritasium video with host Derek Muller.

How can this robot be put to use? CalTech grad student Sorina Lupu offers that LEO-like mobility on another planet would be very useful for next-generation exploration. From CalTech’s press release:

“We drew inspiration from nature. Think about the way birds are able to flap and hop to navigate telephone lines,” says Soon-Jo Chung, corresponding author and Bren Professor of Aerospace and Control and Dynamical Systems. “A complex yet intriguing behavior happens as birds move between walking and flying. We wanted to understand and learn from that.” 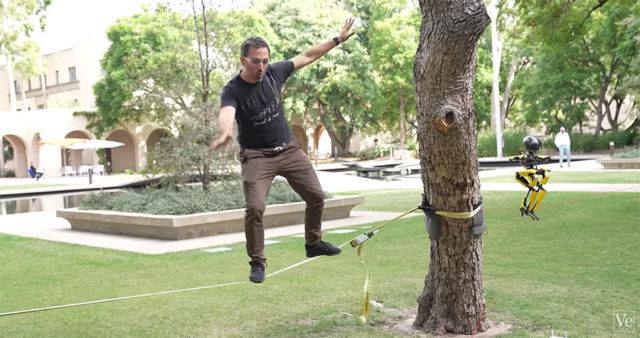 “There is a similarity between how a human wearing a jet suit controls their legs and feet when landing or taking off and how LEO uses synchronized control of distributed propeller-based thrusters and leg joints,” Chung adds. “We wanted to study the interface of walking and flying from the dynamics and control standpoint.” 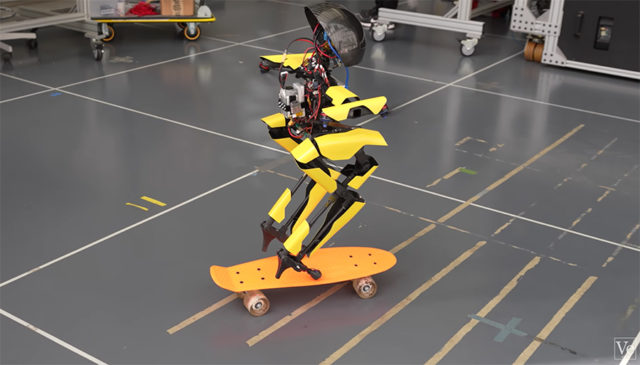 What can you make with CalTech’s smart chain mail?

The World’s Lightest Solid: What is aerogel?

The World in UV