The 23-acre Bowenpally vegetable market in Hyderabad, India produces around 10 tonnes (22,000 pounds) of food waste every day. But the food is no longer going to waste. It’s being converted into electricity and biofuel–around 500 units of electricity and 30 kg of biofuel, according to The New Indian Express.

The electricity generated is used to light up over a 100 streetlights, 170 stalls, an administrative building and the water supply network. Meanwhile, the generated biofuel is pumped into the canteen kitchen of the market.

This Business Insider video, one of their World Wide Waste series, shares how How Rotting Vegetables Make Electricity. 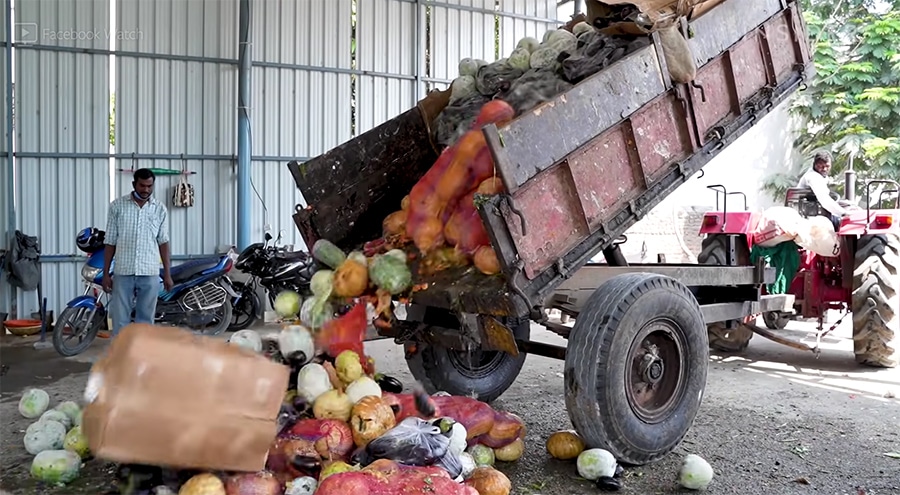 To initiate the process of biomethanation, tonnes of vegetable waste is first put on conveyor belts that carry the waste to shredders. The shredded waste is then converted into a slurry and is put into large containers or pits to start the process of anaerobic digestion. Organic waste is eventually converted into biofuel, which has two major components, methane and carbon dioxide. 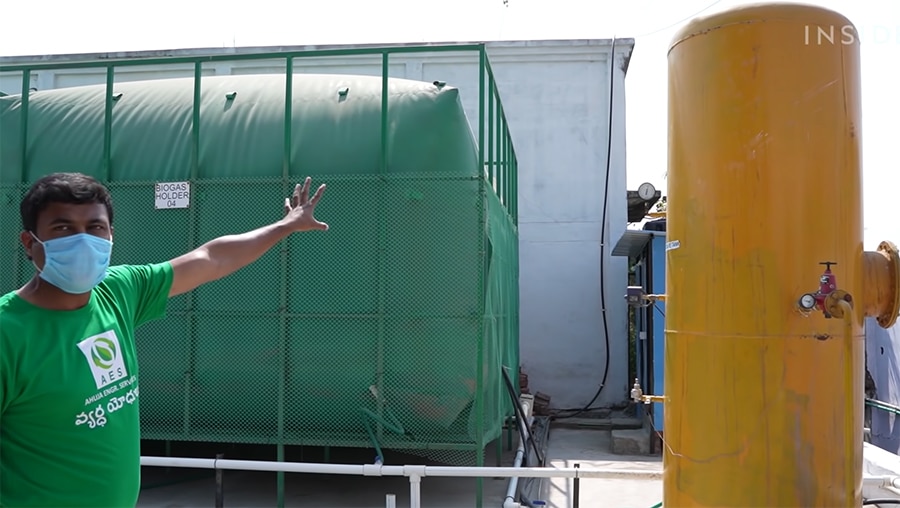 The fuel is then put into ‘100 per cent biogas generators’ that converts the fuel into electricity, and reaches the market’s electricity bulbs, explains Shruti Ahuja, director of Ahuja Engineering, the agency that is operating the plant for the Bowenpally market.

She added that apart from generating electricity and biofuel, the plant is also generating organic manure that can be used in farming. “The biggest benefactor here is the environment. Ten tonnes of waste which would have just piled up at some landfill is now generating biofuel and biomanure,” she says. 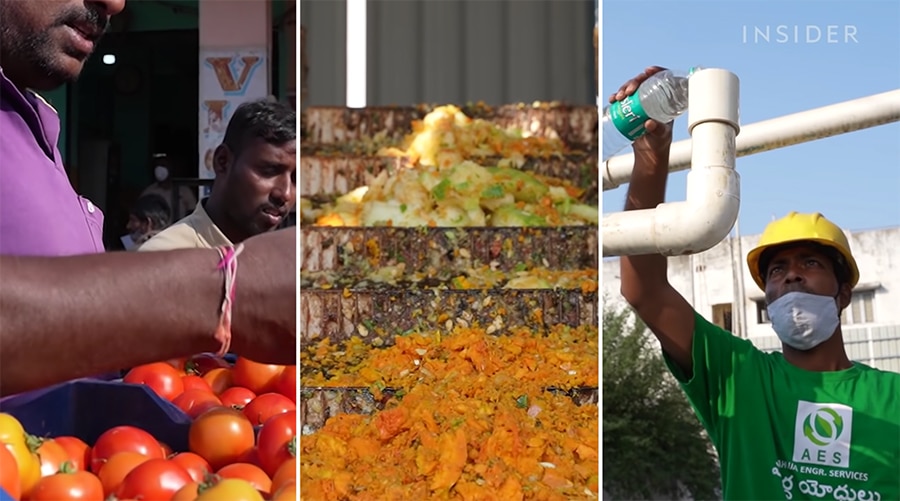 Watch these related videos next on TKSST:
• Powered by Poop at the Straus Family Creamery
• The Surprising Places We Waste Energy
• The Compost Cycle: Turning waste to nutrient-rich soil
• Vermicomposting: How worms can reduce our waste
• What is the circular economy?
• Transforming Human Poop Into Eco-Friendly Fertilizer
• Turn human waste into drinking water – Janicki Omniprocessor