Since the Spanish conquest up until the revolution, the eternal battle between good and evil has been portrayed in Mexican dancing traditions. Felipe Horta has been working for more than 30 years, like many other artisans, on creating masks and wardrobes that give their identity to these traditions in the state of Michoacán.

Filmed in Tócuaro, Michoacán, Mexican filmmaker Mariano Rentería Garnica captures renowned craftsman Felipe Horta and his work in Cara de Diablo, one in a series of short films about Mexican Handcraft Masters. We also get a glimpse at the painstaking art of sewing the corresponding clothing that, due to the traditional sequinwork, can take six months to complete. 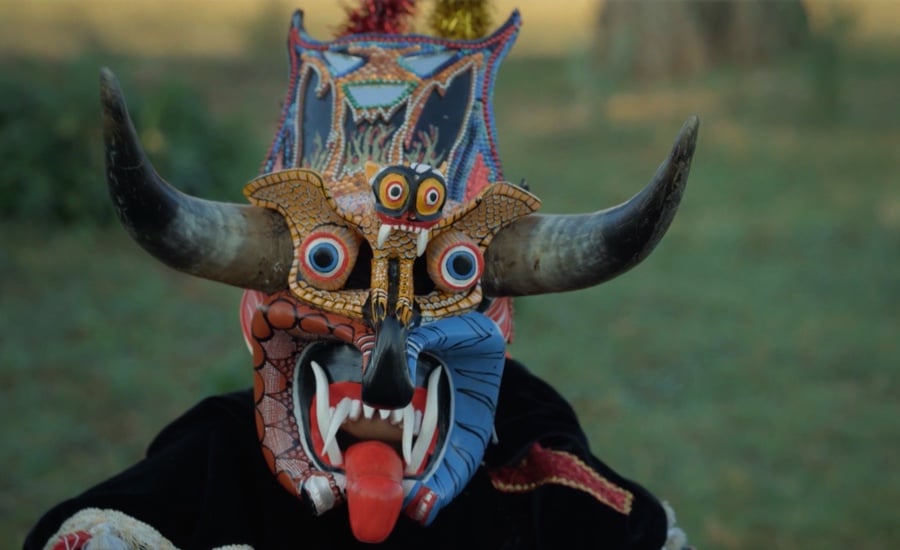 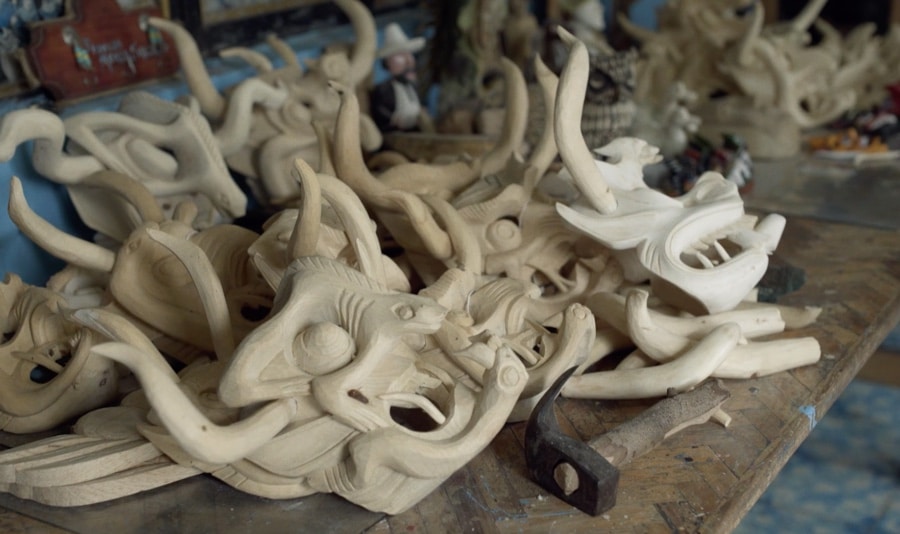 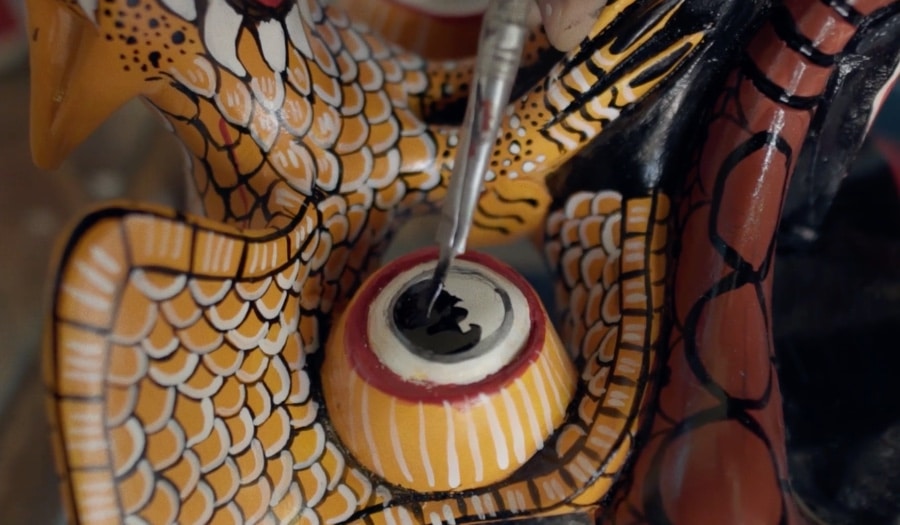 Plus: In Bavaria, Krampus Catches the Naughty, the Zaouli dance of the Ivory Coast, West Africa, and Nick Cave’s Soundsuit performance.

Masks of our world, an excerpt from “Beyond Noh”