A Carnyx and a Cornu de Pompeii: Ancient horns played by Abraham Cupeiro

A multi-instrumentalist and instrument builder, musician Abraham Cupeiro is “mostly known for bringing back instruments lost long ago.” In the video above, he demonstrates a serpent-headed instrument that he built, a reproduction of a carnyx. The tall trumpet and its haunting sounds originate from “the Iron Age Celts, used between c. 200 BC and c. AD 200.” From Wikipedia:

It was a type of bronze trumpet with an elongated S shape, held so that the long straight central portion was vertical and the short mouthpiece end section and the much wider bell were horizontal in opposed directions. The bell was styled in the shape of an open-mouthed boar’s, or other animal’s, head.

It was used in warfare, probably to incite troops to battle and intimidate opponents, as Polybius recounts. The instrument’s significant height allowed it to be heard over the heads of the participants in battles or ceremonies. 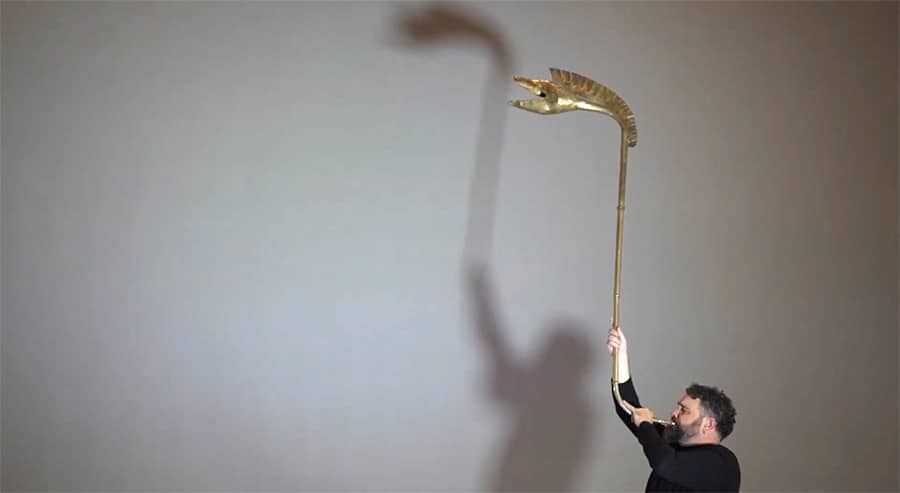 In the video below, he demonstrates another horn: The Cornu de Pompeii. The instrument is a reproduction, created with María Ruíz, of the ancient Roman brass instrument found in the ruins of Pompeii, Italy.

There are other reproductions of the Cornu de Pompeii at the Metropolitan Museum of Art in New York City and The Museum of Fine Arts Boston. 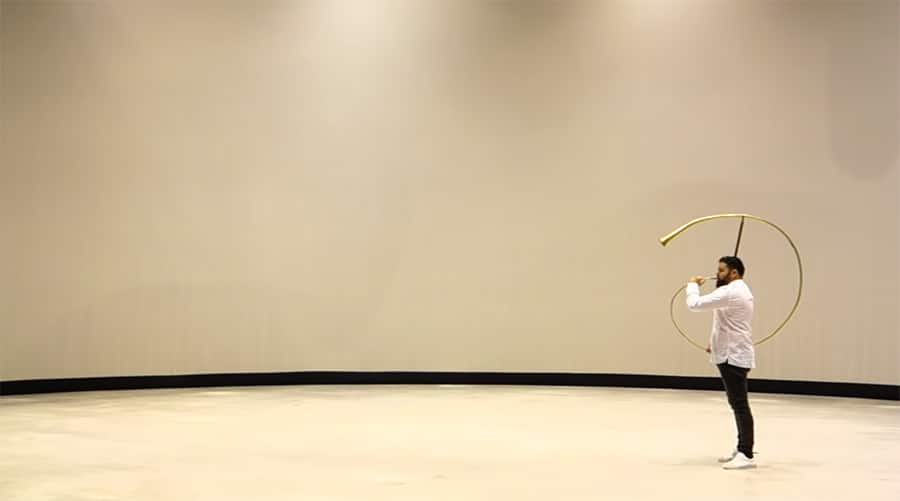 Watch these videos of related instruments next:
• What does ‘Beethoven’s Contrabassoon’ sound like?
• This may be The World’s Largest Tuba
• How to make homemade slide whistles
• Boomwhacker Bach: Prélude n°1 aux tubes musicaux
• Morske Orgulje, the Sea Organ in Zadar, Croatia

Three performances with A Música Portuguesa A Gostar Dela Própria