Can you find the springtails in your yard?

Get a peek at what goes into the filming of ultra slow-motion footage—76,000+ frames per second—for an academic research article about tiny Collembola, commonly called springtails. These ubiquitous arthropods can be found living in your yard, a park, fields, forests, and even in the soil of an overwatered houseplant, yet they haven’t been documented on film like this before.

“They get their name,” explains this North Carolina State article, “from their ability to catapult themselves through the air by means of a forked tail-like structured called a furcula, which is attached on the underside of the abdomen.” 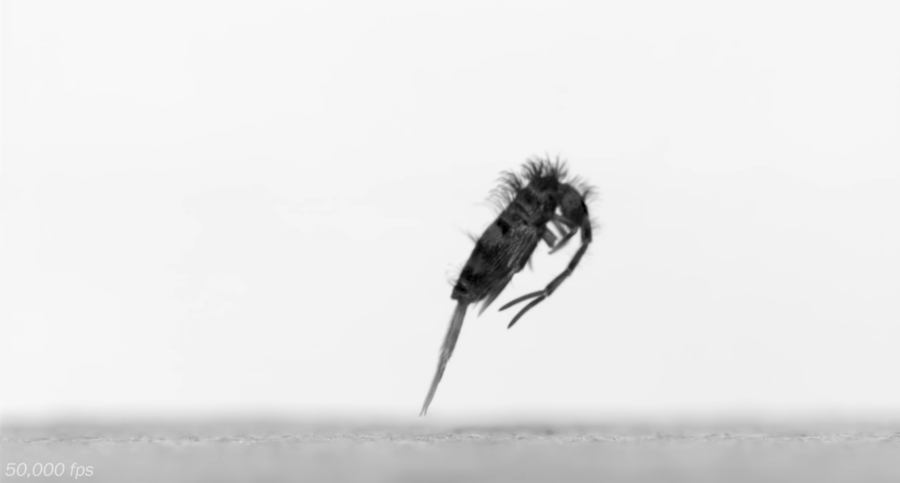 Dr. Adrian Smith shares the footage above, as well as a behind-the-scenes peek at his work, in this Ant Lab video: The Extremely Fast Animals in Your Yard – Springtails.

“Springtails live their lives in the soil and the leaf litter feeding off of fungus and decaying plant material. If you want to see them for yourself here’s what you do:

“Scoop up some leafy debris along with the top couple centimeters of soil. Throw that into a container with a mesh screen at the bottom and sift that into a second container.

“What you’ll be left with are a bunch tiny critters collectively referred to as the soil mesofauna. These are things like mites, pseudoscorpions, tiny spiders, and the springtails. And of course, they’re small.” 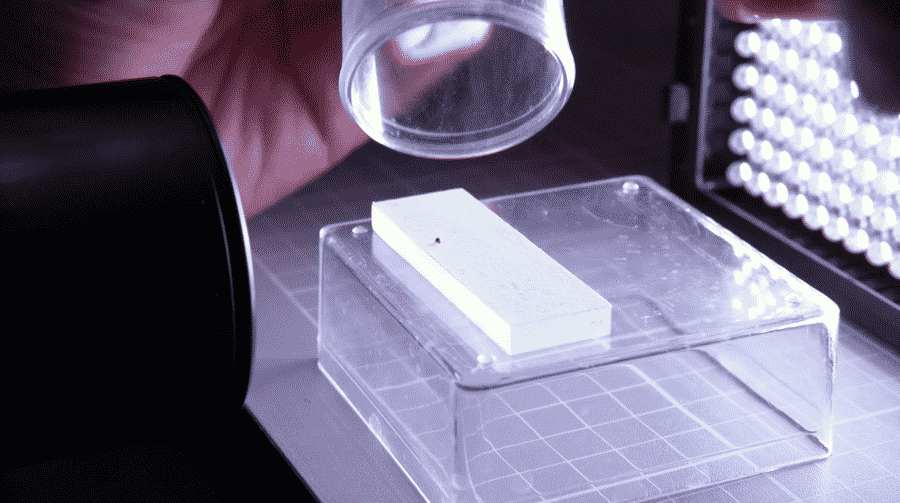 And here’s another look at the springtail’s incredible catapulting ability, filmed by Smith in his lab:

Previously on TKSST: Are globular springtails the fastest spinning animals on Earth?

Plus, more from the Ant Lab, more soil mesofauna videos, and this: The Soil Food Web, claymation shorts by Maxwell Helmberger.