This 18-foot-long, battery-powered Caterpillar with Chariot (2018) was handmade over the course of one year by Emeryville-based kinetic artist Reuben Margolin. At its fastest, the vehicle can travel over two miles per week.

Throughout his career, Margolin has created caterpillar machines and kinetic sculptures “that seek to combine the sensuousness of nature with the logic of math.” He was inspired by a moment in nature during his youth.

“In 1994 I saw a little green caterpillar that changed my life. I was camping with friends in the Deep Creek Mountains of Western Utah. It had taken several days of driving on dirt roads to get there. One morning we all went off in different directions and I found myself running and leaping over the smooth stones of a narrow dry streambed. I came to a stop in the middle of a wider sandy place. At my feet was a little green caterpillar no longer than an inch. I got down to look more closely. It was translucent, and I could see right through it. A continuous wave flowed through it as it walked. The movement was part of an abstract sine curve that extended past the boundaries of the caterpillar. If I had been a foot to the left, or a foot to the right, or if the caterpillar had set out on its daily journey a few minutes earlier, or a few minutes later, I would not have seen it. But I did, and it altered the course of my life.” 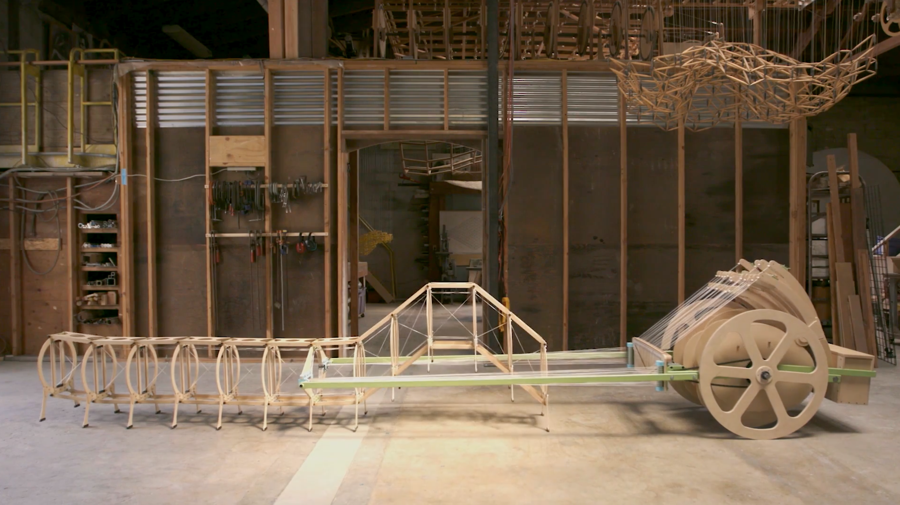 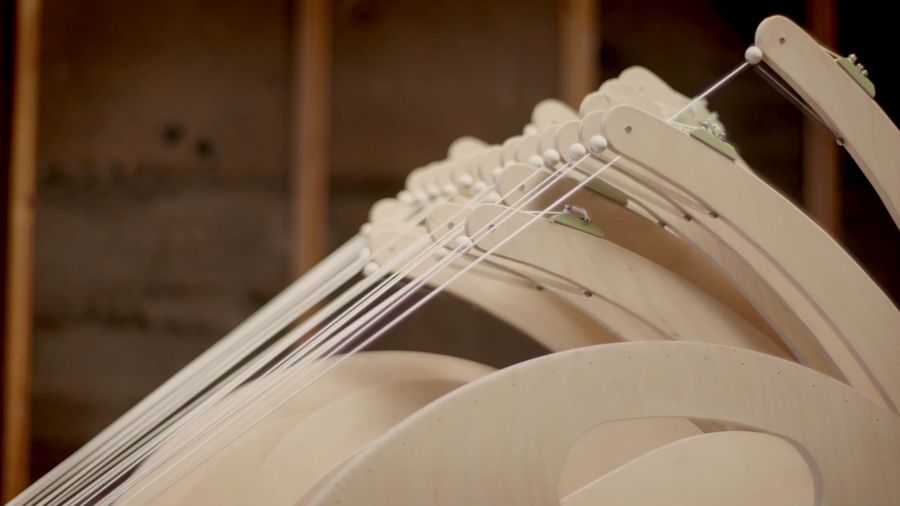 In the video below, Margolin provides a mini-tour of the mechanics powering his 2022 caterpillar, Around the World with Cams. He explains:

“…another thing that I love is that, at any given time, more than half of the caterpillar is not moving… so the part that’s in contact with the world stays still. And the caterpillar actually needs the stillness as much as it needs motion in order to advance.” 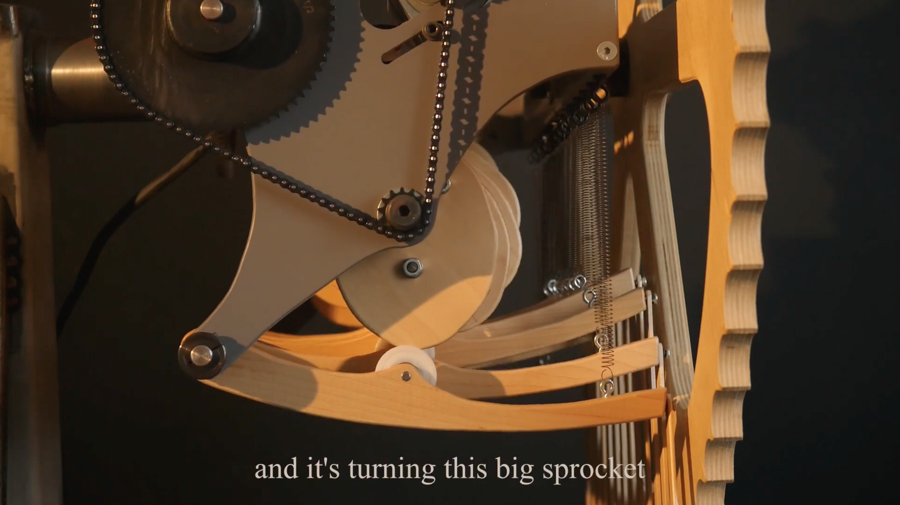 Watch the caterpillar with cams at 5x normal speed:

Powered by nine electric motors, Caterpillar and Woodpile (2019) slowly yet steadily makes its way up and over a block-filled terrain. “Inside the caterpillar,” Margolin shares, “is a micro-controller holding a file with a quarter million angles. As the motors sequentially follow these angles, the caterpillar traverses the woodpile.”

The videos were filmed by Chris Potter. The rather zen, performance art-like video below is silent.

“The woodpile is not as random as it looks, but follows a predetermined polynomial spline within certain bounds of curvature. It is made of scrap wood and took about week to make. The caterpillar took several months, although a lot of that time was spent learning about servo motors, micro-controllers, Terminal and Python, and learning how to use an oscilloscope to trouble shoot the square wave signal that carries the angular information.

“But the crux of the work was a gloriously fun math problem. Solving caterpillar motion over arbitrary curved surfaces is the toughest, and most rewarding, math that I’ve gotten into yet. It took me several months as well.”

The second IG video below is sped up to 15X normal speed:

And a related wave activity: How to build your own Wave Machine physics demo.

The Wave Cabinet by Sebastian Errazuriz

The Physics of Surfing