A rainbow ribbon comb jelly in the Mediterranean Sea

Deep in the Mediterranean Sea, off the coast of Ponza Island, Italy, fragile ribbon jellies like this comb jelly (Cestum veneris) glide through the water with wavelike motions. Curling up, as seen in the video, is a defensive position.

The rare footage was filmed by marine biologist and photographer Alexander Semenov. “Reaching up to 1.5 meters (5 feet) in length, these sinuous jellies are rarely seen close to shore, largely because they’re easily broken up by powerful waves,” explains Rebecca Helm in Biographic:

“And yet they’re relatively abundant in open-ocean regions if you know where and when to look for them. Which is precisely what drew Semenov to the deep Italian ocean the night he captured this video…” 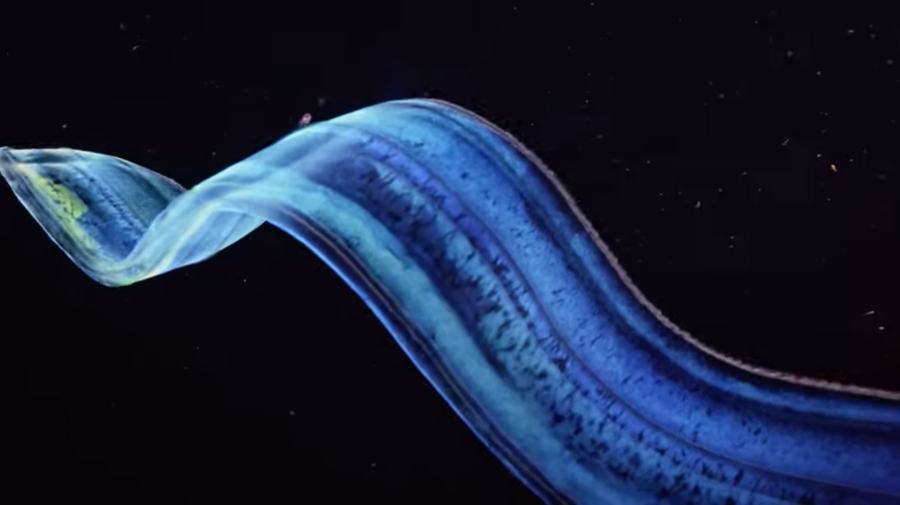 “Cestum jellies are shaped like gliders, with a central cockpit-like mouth flanked by two huge wings. On each wing, countless cell hairs flap back and forth to propel the jelly forward, creating a shimmery prism of rainbow color. When the jellies are feeding, rather than migrating to or from the ocean’s depths, these moving wings create a wake that buffets and frightens would-be prey, such as small shrimp-like copepods.” 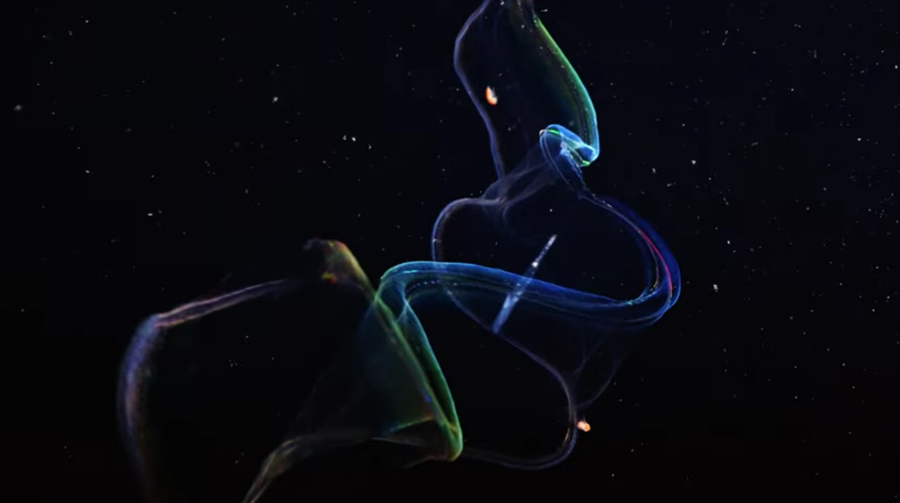 “Studies have shown that as the prey tumble in confusion, the jelly reverses course, its wings becoming like walls that the panicked prey collide with. Each wing is covered in sticky tentacles, and once the prey are ensnared, they become coated in an immobilizing goo, and transported to the central mouth for digestion.” 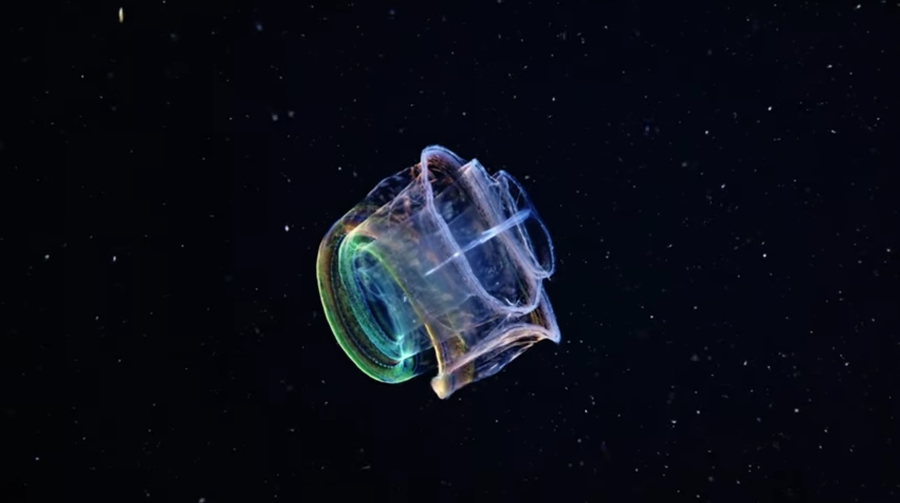 Watch this next from the same location: Alien-like creatures in the Mediterranean Sea at night.

Then watch these related videos:
• A sea angel under ice in the White Sea
• There’s no such thing as a jellyfish
• Four jellies that diffract rainbow light like iridescent spaceships