In this scene from The Circus (1928), a Charlie Chaplin classic film and now a favorite in our house, Charlie gets trapped in a lion’s cage. It required around 200 takes with a real lion, and is one in a series of silent scenes that puts him in the middle of humorous confusion and jeopardy.

The plot of The Circus:

“At a circus midway, the penniless and hungry Tramp (Chaplin) is mistaken for a pickpocket and chased by both the police and the real crook (the latter having stashed a stolen wallet and watch in the Tramp’s pocket to avoid detection). Running away, the Tramp stumbles into the middle of a performance and unknowingly becomes the hit of the show…” 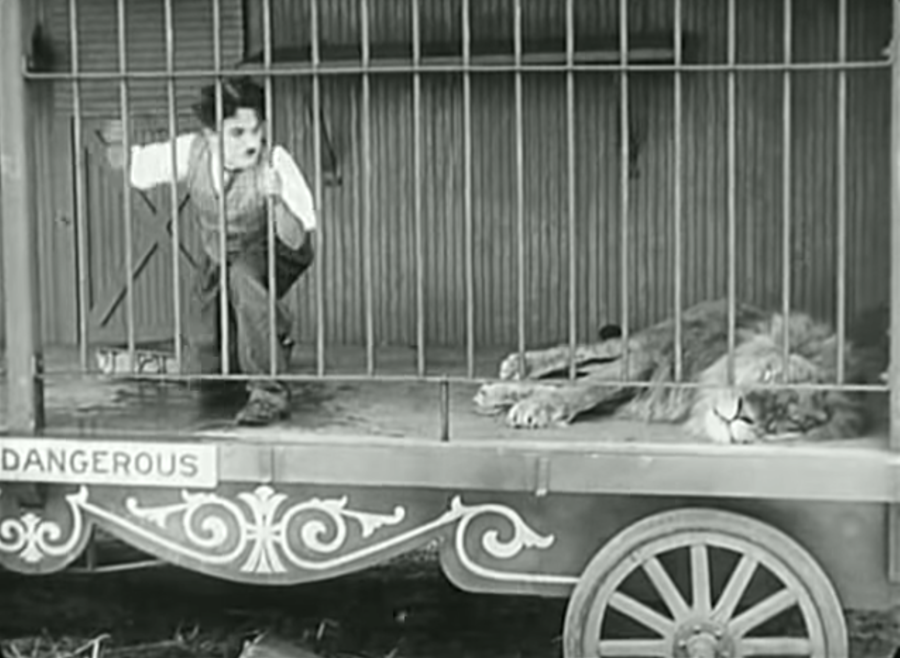 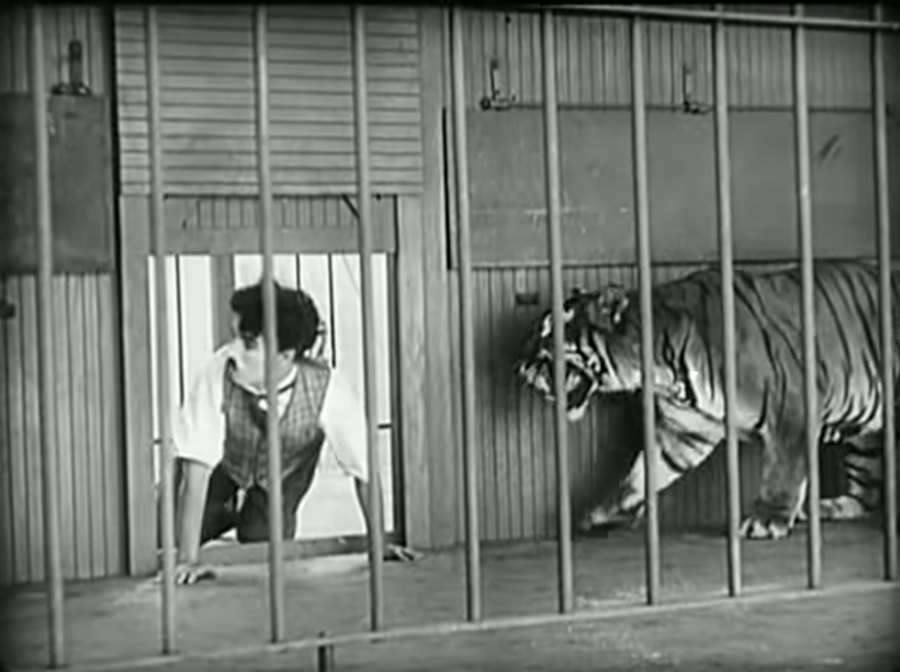 The film, which Chaplin wrote, directed, and produced, earned him his first Academy Award. With hilarious stunts, lots of animals, a ringleader villain (warning: he’s abusive), some madcap misdirection, and the well-meaning Tramp at the center, they will be sure to fall in love with what silent films can be. 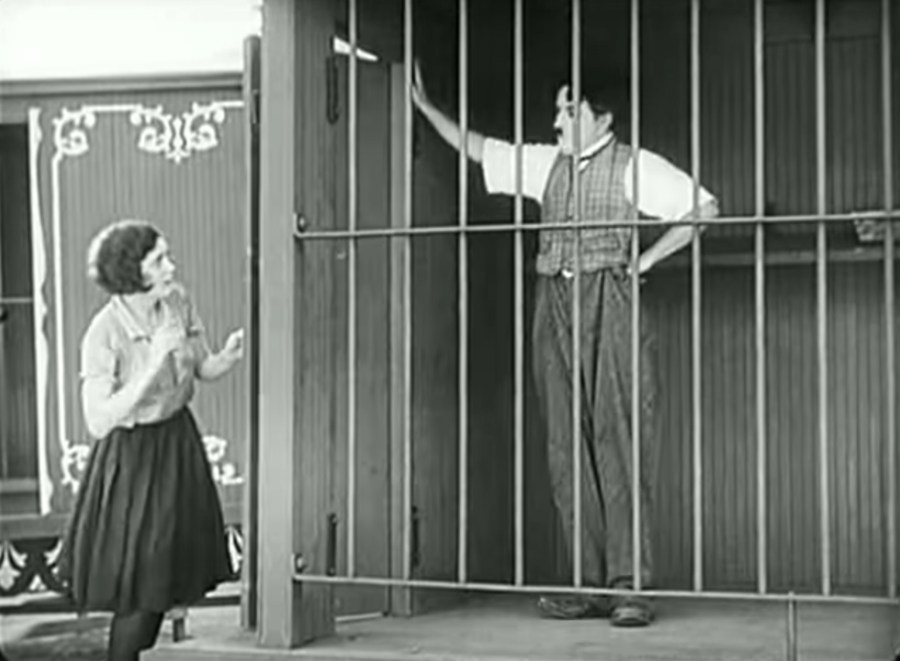 In the archives: Chaplin’s dancing dinner rolls and more mimes.

The Typewriter, performed with an orchestra