Cheetahs on the Edge—Director’s Cut

Cheetahs on the Edge—Director’s Cut from Gregory Wilson, who was a part of the team who captured these stunning slow motion shots of cheetahs running:

Cheetahs are the fastest runners on the planet. Combining the resources of National Geographic and the Cincinnati Zoo, and drawing on the skills of an incredible crew, we documented these amazing cats in a way that’s never been done before.

Using a Phantom camera filming at 1200 frames per second while zooming beside a sprinting cheetah, the team captured every nuance of the cat’s movement as it reached top speeds of 60+ miles per hour.

The extraordinary footage that follows is a compilation of multiple runs by five cheetahs during three days of filming. 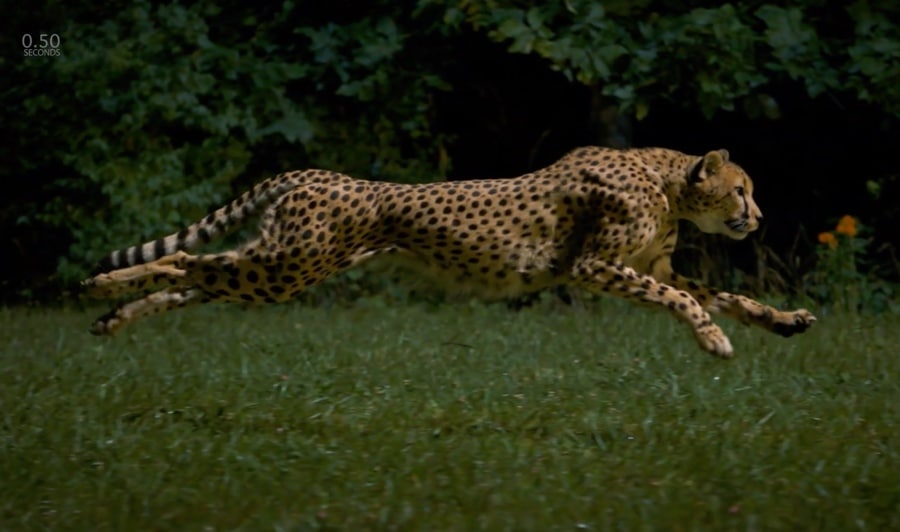 Two (of many) mesmerizing things about this video: the steadiness of the cheetahs’ heads and the amount of time their back legs seem to not touch the ground.

More about how the cheetah’s speed has ”achieved nature’s optimal balance of size, running ability and weight” at It’s Okay to Be Smart.

Next, watch Anatomy of a hunt: Speed, strategy and survival.

What sounds do cheetahs make?

See the unseen: Cymbal at 1,000 frames per second