What birds do you see outside your windows? Near Nuevo Arenal, Costa Rica, you might see a Chestnut-Headed Oropendola, a large tropical bird who looks a bit like a Pixar character. Its pale yellow beak extends up onto its forehead, its light blue eyes stand out as bright rings on its dark brown head, and its leg feathers look a bit like tailored pants.

According to eBird.org, they make their “large pendulous nests” in tall trees, staying near fruiting trees in flocks. 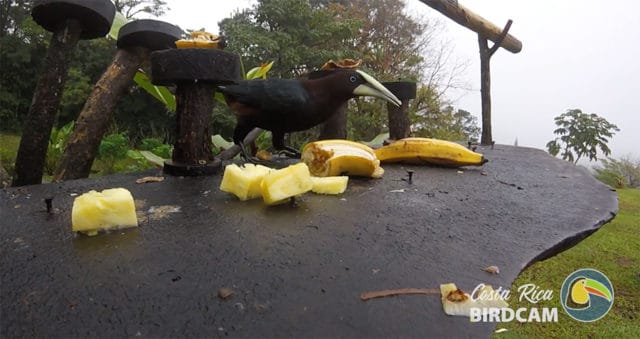 Costa Rica Bird Cam has been sharing bird cam footage “in the tropical wet forest and rainforest areas around Lago Arenal” since 2017. The video below shares 25 minutes of morning bird sightings. 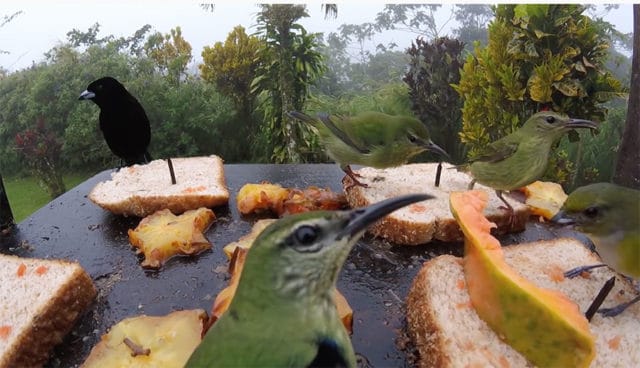 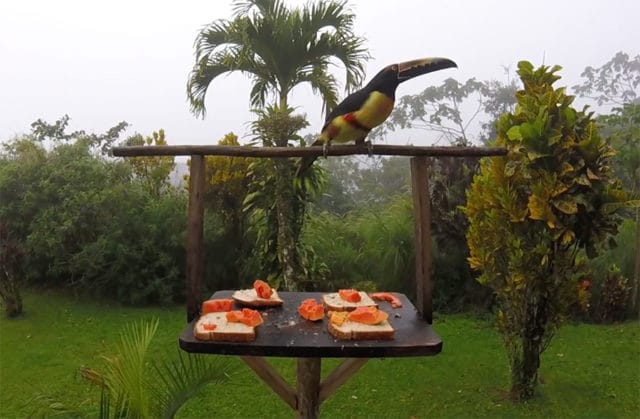 Costa Rica Bird Cam has created a corresponding visual bird guide for this video, as well:

Cast of characters: Collared Aracari Toucans, several kinds of woodpeckers, Oropendula, Palm Tanagers, Blue/Gray Tanagers, Baltimore Orioles, Clay-colored Thrush (the national bird of Costa Rica), Red-legged Honeycreepers, Black-Cowled Oriole, Euphonias, a few varieties of hummingbirds, and more. In the trees but not in view, parrots and a Keel-billed Toucan. Every morning is like a trip to the zoo! 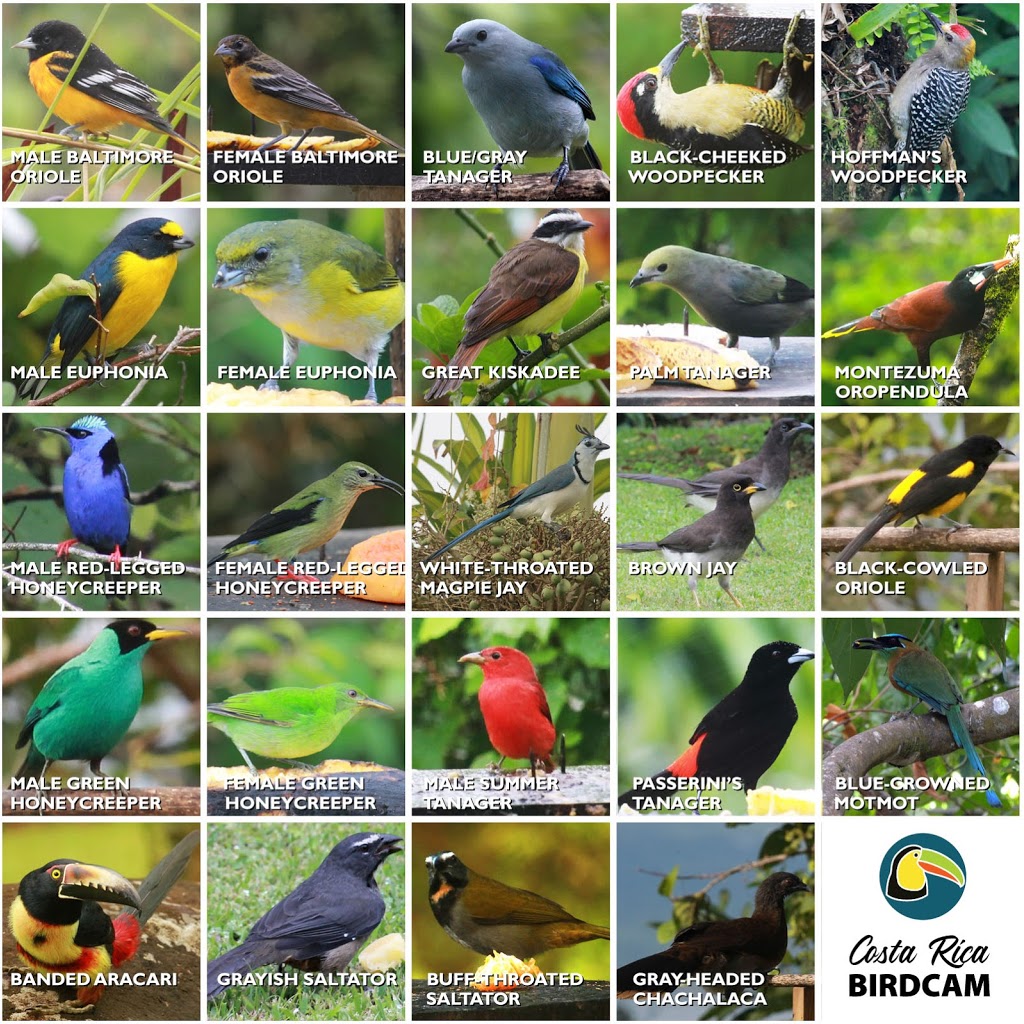 Watch these videos next:
• Hummingbird Battleground in the Talamanca Mountains
• The bell-like call of the Three-Wattled Bell Bird
• A Pileated Woodpecker, Blue Jays, and more on Cornell FeederWatch