The circles and lines of Kamon, Japan’s traditional emblem designs

Like a family crest or a logo, inherited generation after generation, Japan’s Kamon or Mon are traditional symbols that can represent a family; Ka meaning ‘family’ and Mon meaning ‘symbol’ or ’emblem.’ They can be held by any family or individual.

Kamon designers like third-generation artisan Shoryu Hatoba do not create these traditional crests by freehand drawing. All Mon are created from a foundation of perfect circles and straight lines.”

This video from Design Ah!, Japan’s Peabody award-winning children’s educational program, demonstrates this precise discipline and the variety of emblems that it can create. Hatoba and his son Yohji Hatoba contributed artwork to the show’s animated Mon series of shorts.

The original video was removed. The video above is similar. 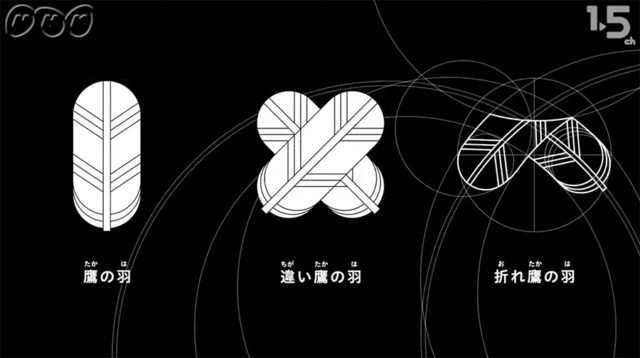 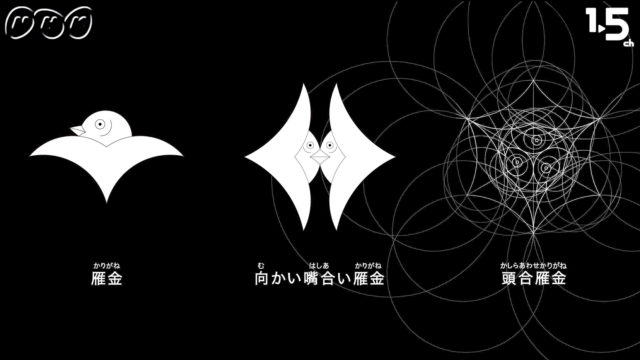 More about the craft from Kyogen Kamon:

“Drawing Kamon takes seemingly simple tools – a ruler and bamboo compass with a superfine brush attached to it. The craftsmanship of this art requires utilizing these tools ingeniously and drawing delicate Kamon – combinations of circles and lines… 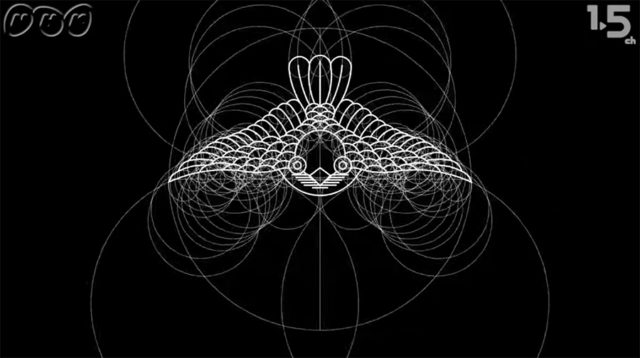 “Even intricate curved lines are drawn by skillfully connecting large and small perfect circles using Bun-mawashi… ‘Every object can be drawn using the relationship of the circle and square’, the ‘aesthetics of subtraction’ is one of the significant ways of characterizing art in Japan. The true nature of things is precisely captured while removing as much of what remains as possible, thus embodying the concept of ‘less is more.'”

According to Do You Know Japan, “it is said that there are more than 20,000 distinct individual Kamon in Japan.” 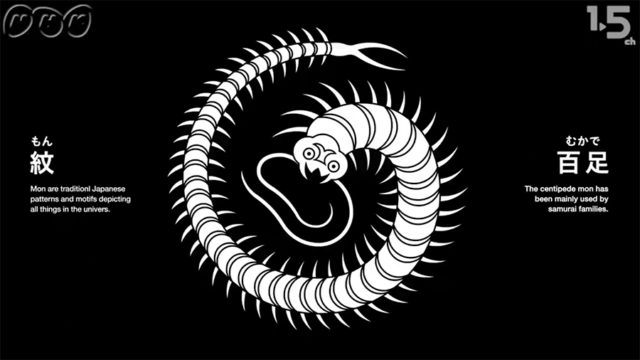 Design Ah! explores different types of creative thinking. With an “Ah” that stands for that Ah! moment, as well as for あ, the first character of the Japanese alphabet, the program is full of minimal, rhythmic, highly-crafted segments that embrace simplicity and sophistication for younger viewers.

Though it’s notoriously difficult to find on YouTube—the video above may disappear—you can now watch Design Ah! stateside at PBS’ Thirteen.org and AllArts.org. 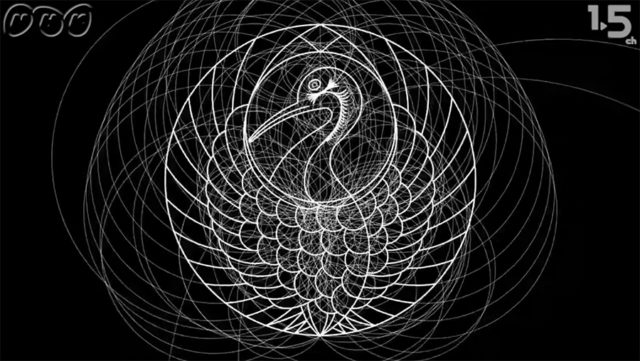 Related: Though there are few recreated in the digital version, mon are prominent in this article’s 19th-century Sekigahara landscape paintings.

The Ingenious Design of the Aluminum Beverage Can