Circular motion demonstration with a sparkler and a hula hoop

From physics teacher and film maker Alom Shaha, check out these simple demonstrations showing how something moving in a circle will move in a straight line when you remove the centripetal force acting upon that thing.

A centripetal force (from Latin centrum “center” and petere “to seek”) is a force that makes a body follow a curved path. Its direction is always orthogonal to the motion of the body and towards the fixed point of the instantaneous center of curvature of the path. Isaac Newton described it as “a force by which bodies are drawn or impelled, or in any way tend, towards a point as to a centre.” In Newtonian mechanics, gravity provides the centripetal force responsible for astronomical orbits. 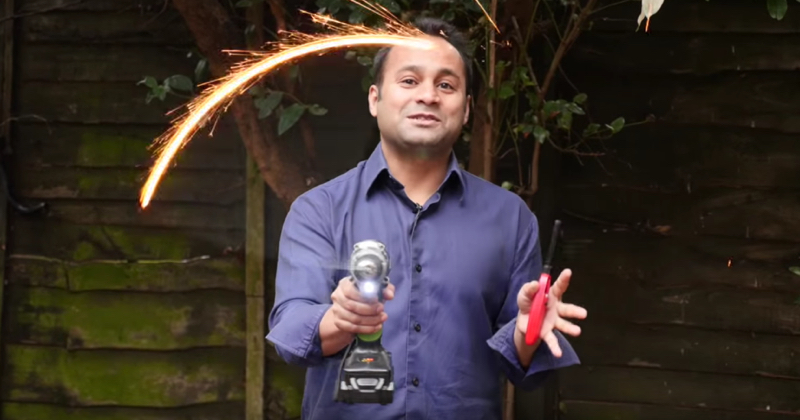 More teaching demonstrations from Shaha include:
• How to make Pearls of Water
• Electromagnetic Induction
• How to build your own Wave Machine physics demo