Imagine that the age of the universe, 13.82 billion years, is compressed into only one year. Carl Sagan explains this idea (using 15 billion years as his example) in a clip from his 1980 television series, Cosmos: A Personal Journey.

On this Cosmic Calendar, the Big Bang happens on January 1st at midnight, and we are at the end of the year, midnight on December 31st. Now look backwards:

Down here, the first humans made their debut around 10:30 p.m. on December 31st. And with the passing of every cosmic minute — each minute 30,000 years long — we began the arduous journey towards understanding where we live and who we are.

11:59:20 – the evening of the last day of the cosmic year — the 11th hour, the 59th minute, the 20th second — the domestication of plants and animals began, an application of the human talent for making tools.

We humans appear on the cosmic calendar so recently that our recorded history occupies only the last few seconds of the last minute of December 31st. In the vast ocean of time which this calendar represents, all our memories are confined to this small square.

Every person we’ve ever heard of lived somewhere in there. All those kings and battles, migrations and inventions, wars and loves. Everything in the history books happens here, in the last 10 seconds of the cosmic calendar. 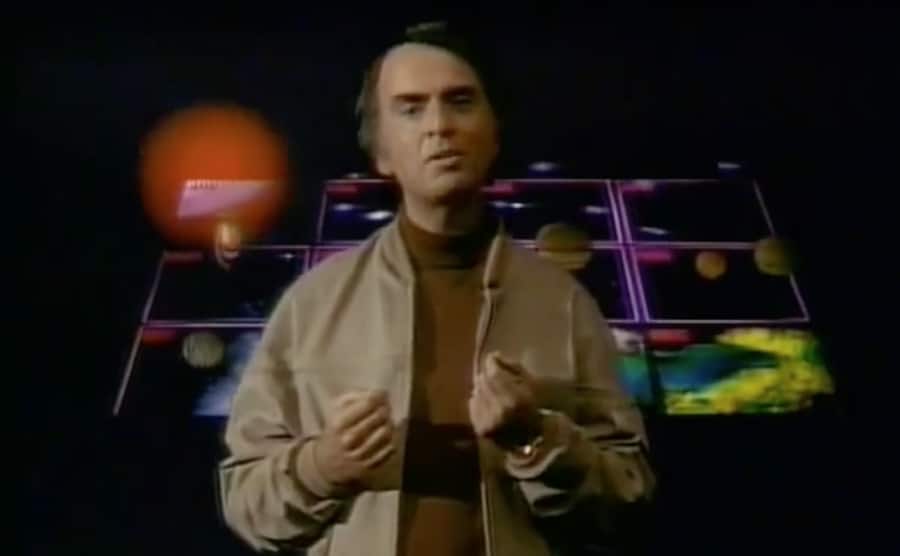 More Carl Sagan in the archives, along with The Big Bang and, looking forward, Al Jarnow’s Cosmic Clock.