Travel a span of 160 years, from the world’s first dinosaur exhibition, a “comically incorrect“-looking display based on 1954-era scientific findings, to a multi-million dollar exhibition that aims to be the most scientifically accurate representation of dinosaurs ever. In this clip from BBC Earth, Dr Alice Roberts visits Dinosaur Court at London’s Crystal Palace Park, statues of “15 genera of extinct animals, not all dinosaurs.”

They are from a wide range of geological ages, and include true dinosaurs, ichthyosaurs, and plesiosaurs mainly from the Mesozoic era, and some mammals from the more recent Cenozoic era. Today, the models are notable for representing the scientific inaccuracies of early paleontology, the result of improperly reconstructed fossils and the nascent nature of the science in the 19th century.

“I think really what they did was take things that they knew, like crocodiles and lizards, and blow them up to be the size of the bones.

Big things today tend to be four-legged and relatively bulky. A gracile two-legged thing [like the megalosaurus, inaccurately shown below] was completely beyond anybody’s understanding of what a reptile could be.” 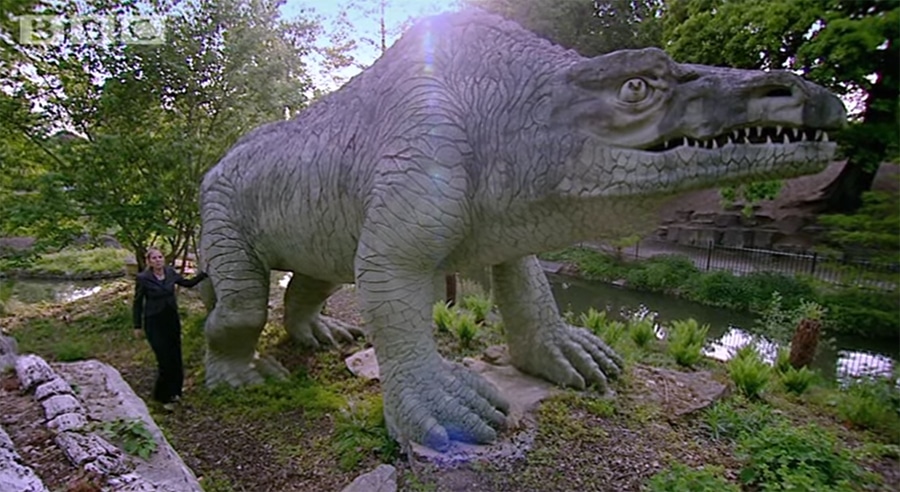 Roberts also talks with Luis Chiappe, curator and director of the Dinosaur Institute at the Natural History Museum in Los Angeles. At the time of filming, he and his team were in the midst of preparing a dinosaur exhibition that focuses on dinosaur facts and why we know them. 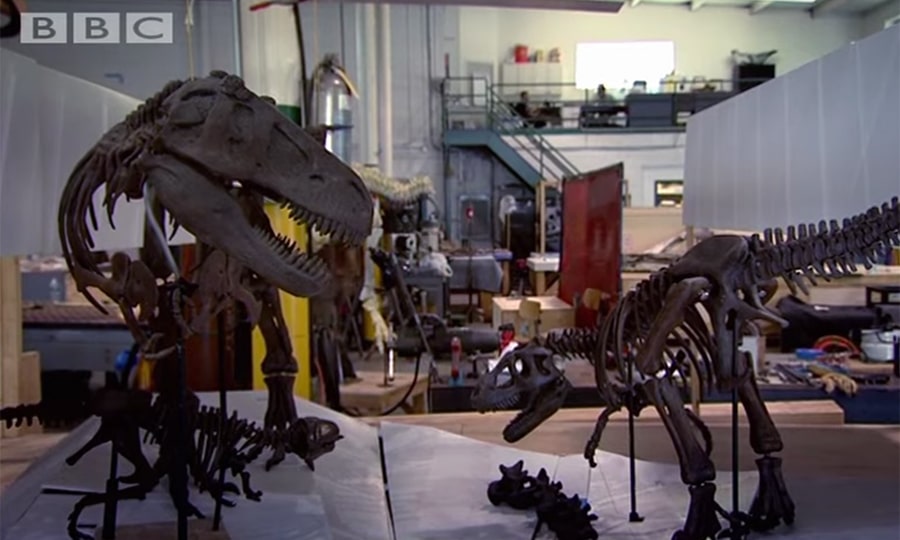 Related reading: The world’s first dinosaur park: what the Victorians got right and wrong.

Watch more from the BBC and more videos about dinosaurs.