How many steps do you take in one day? In Dance 10000, nine-year-old Lilyana Ilunga clocks 10,000 steps by walking, running, and dancing her way to school, as well as fast-forwarding through a few thousand steps in the school gym. 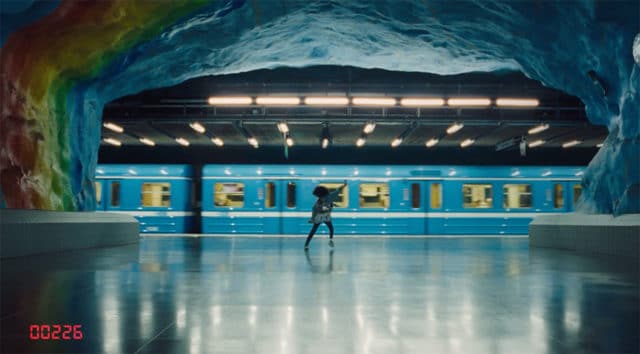 Dance 10000 is part of a health campaign by Generation Pep, a Swedish nonprofit founded by the Crown Princess Victoria and Prince Daniel of Sweden. Their goal: Get kids moving. The 10,000 steps are a daily rallying goal, but any increase in daily activity is good. From the Mayo Clinic: 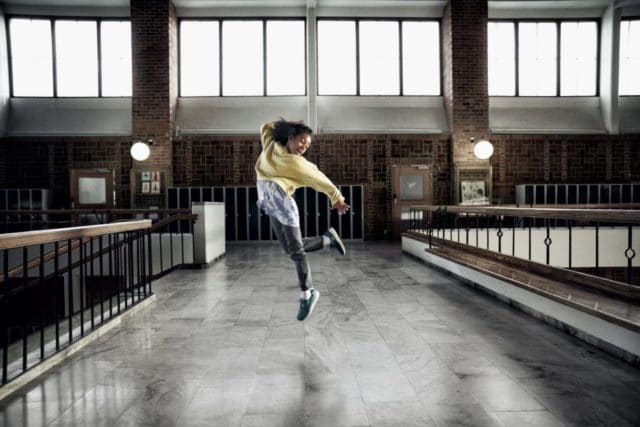 The daughter of former pro soccer player Hérita N’Kongolo Ilunga, Lilyana has been dancing since she was little. The step-counting moves are by French choreographer and dancer Sabrina Lonis. From GenerationPep.se:

“I can relate very easily to the story of this young girl who can’t help moving around and dancing. I’m very unhappy when I can’t dance, especially these days”, said Lilyana Ilunga…

The music in the video is a new version of the 2007 hit song D.A.N.C.E. by French EDM duo Justice, made specifically for the video. Adding to that, one of the band’s members, Gaspard Augé, makes an unexpected surprise cameo appearance as the school janitor. 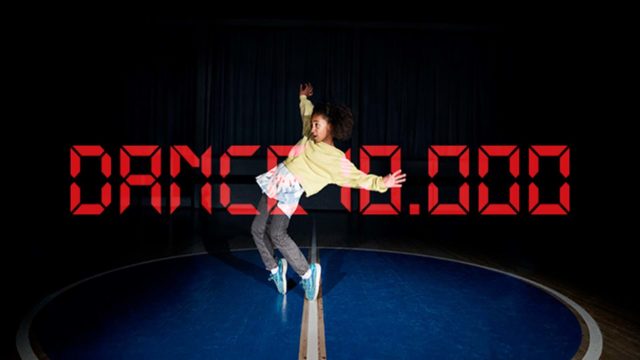 via The Morning News.

We Can Be Ghosts Now by Hiatus featuring Shura

The Birth of Hip Hop