This epic video postcard features Scottish street trials and mountain bike riding pro Danny MacAskill as he tests his years of skill on the streets of San Francisco. The video and its filming locations took five years of planning. 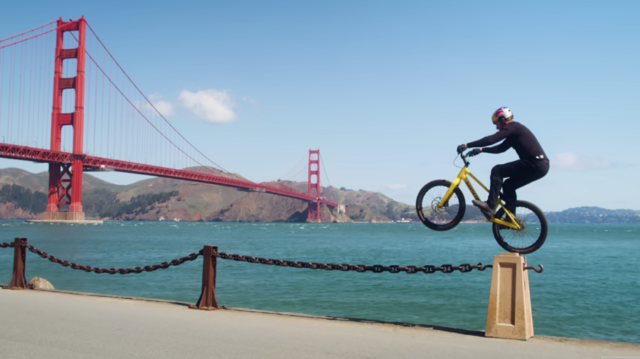 Like all good stunt videos, this Red Bull-sponsored edit includes a few fails that remind viewers how difficult and dangerous the tricks are, even for a professional. MacAskill is also supported by a team that helps him plan, test, practice, re-work, and film each setup as safely as possible. 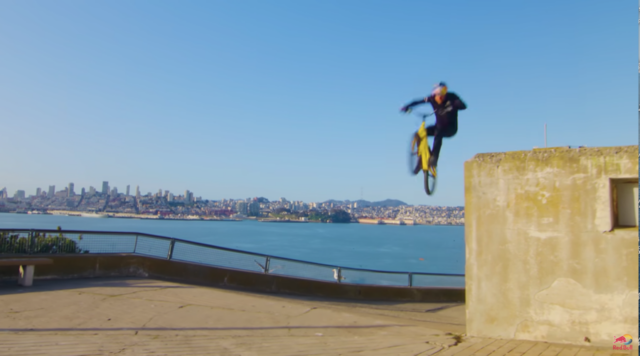 MacAskill’s risk calculations are also revealed in the behind-the-scenes short films: Feats that felt too dangerous were changed, the tennis net string was replaced with a thicker, tighter cable, and MacAskill practiced the tricks with strategically positioned wood pallets and gym mats until he felt ready to film. 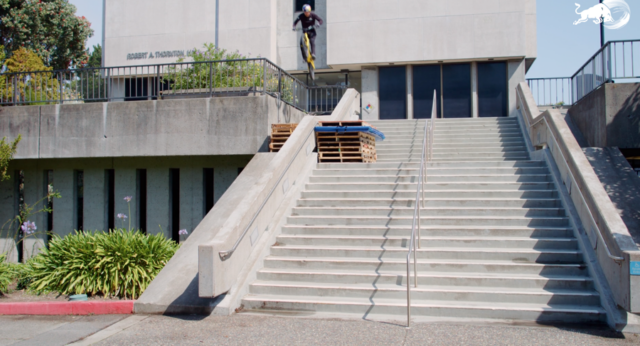 Running Trails with Bryan and his dog Kaia

Riding a “Beyond Expert” mountain bike trail in British Columbia

Renegades of Bike Culture or How Mountain Biking Was Invented