The Voyager Golden Records. Each of these 30 cm (12-inch) phonograph records were launched into space in 1977 during the Voyager program. On them: The sounds of rain, thunder, crickets, birds, humpback whales, footsteps, laughter, morse code, trains, rockets, and more, music from around the planet, greetings in 54 different human languages, and 115 encoded images, all curated by a team led by renowned astrophysicist Carl Sagan.

While these artifacts from the 20th century are aspirational time capsules—or as Golden Record design director Jon Lomberg describes it, “a high watermark of our civilization when we dreamed the biggest dreams… an inspiration for people to keep dreaming”—they also serve as a “message in a bottle” for any advanced civilization that might find them.

But how would extraterrestrials understand how to access this information? And what do those iconic drawings on the cover mean? Cory Zapatka walks us through the Golden Record symbols in this Verge Science video: We decoded NASA’s messages to aliens by hand. 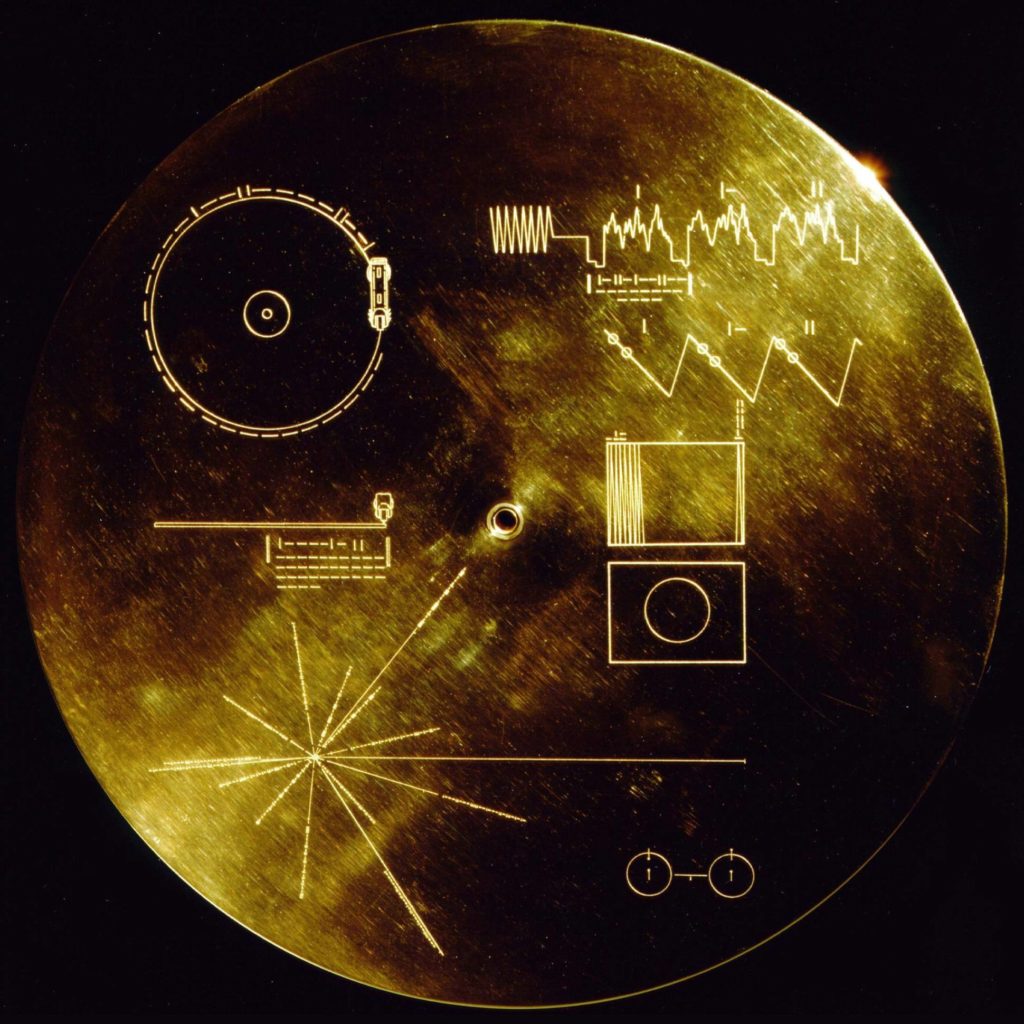 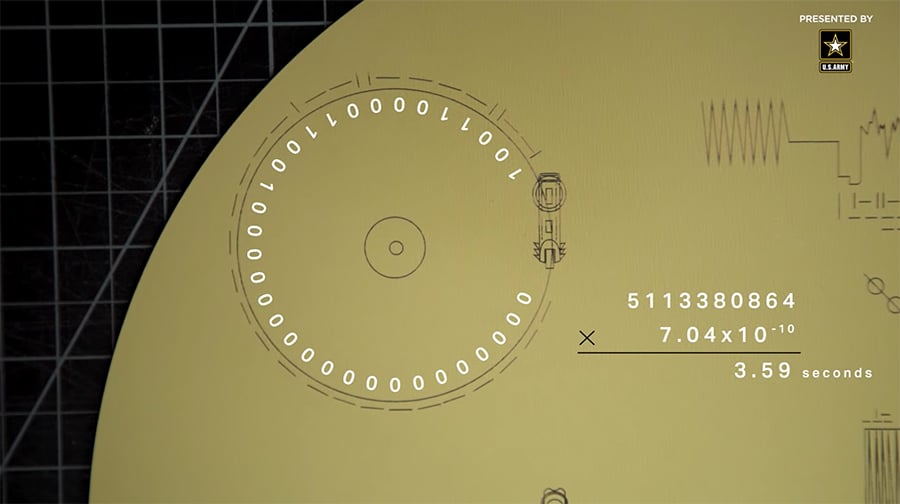 Interesting tidbit not mentioned in the video, via NASA JPL:

Electroplated onto the record’s cover is an ultra-pure source of uranium-238 with a radioactivity of about 0.00026 microcuries. The steady decay of the uranium source into its daughter isotopes makes it a kind of radioactive clock. Half of the uranium-238 will decay in 4.51 billion years. Thus, by examining this two-centimeter diameter area on the record plate and measuring the amount of daughter elements to the remaining uranium-238, an extraterrestrial recipient of the Voyager spacecraft could calculate the time elapsed since a spot of uranium was placed aboard the spacecraft. This should be a check on the epoch of launch, which is also described by the pulsar map on the record cover.

See all of the images on the Golden Record. 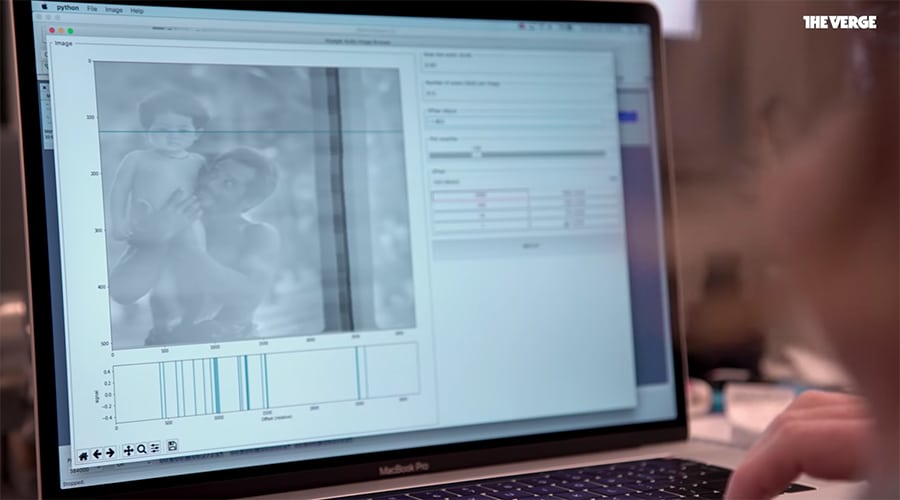 Next, watch Voyager at 40: Humanity’s ambitious expedition into interstellar space.