Engineer and oceanographer Derya Akkaynak has developed a new algorithm that adjusts the blue and green color distortions in underwater images. As Scientific American explains, “the algorithm differs from applications such as Photoshop, with which users can artificially enhance underwater images by uniformly pumping up reds or yellows.”

Instead, Akkaynak’s algorithm calculates how much each pixel of the original image was distorted by the water and then shifts the image to display its true colors. 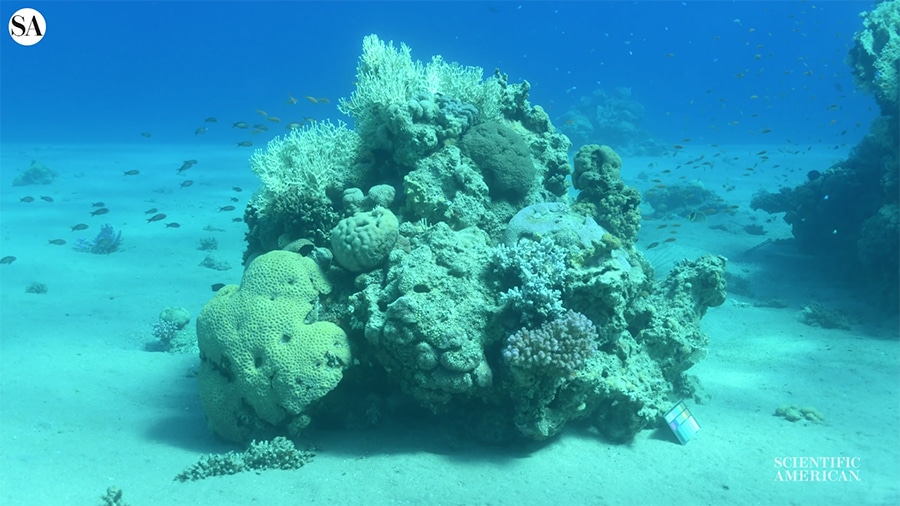 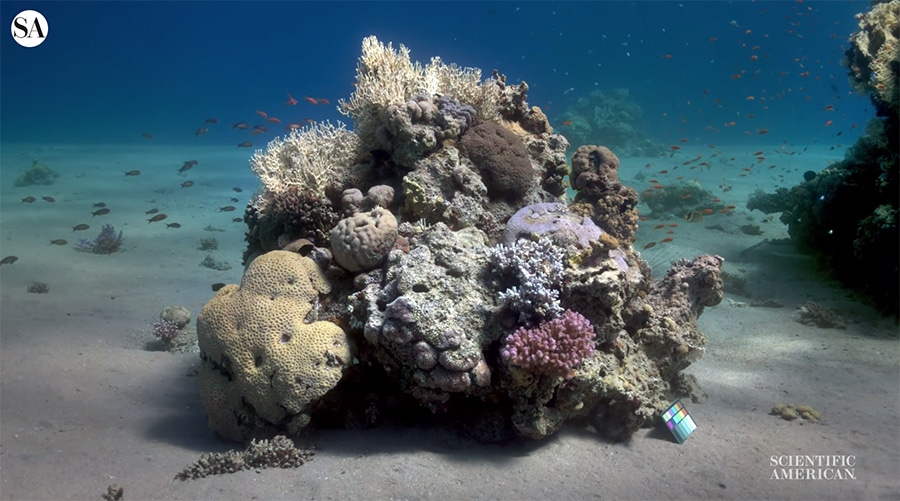 The results look almost waterless as if the images had been taken on land. Akkaynak calls it Sea-thru, and it should have a huge positive impact on underwater work by coral reef biologists, ecologists, climate scientists, naturalists, and many more.

She demonstrates the process in the waters of Indonesia’s Lembeh Strait for this Scientific American video by Erik Olsen: This researcher created an algorithm that removes the water from underwater images. 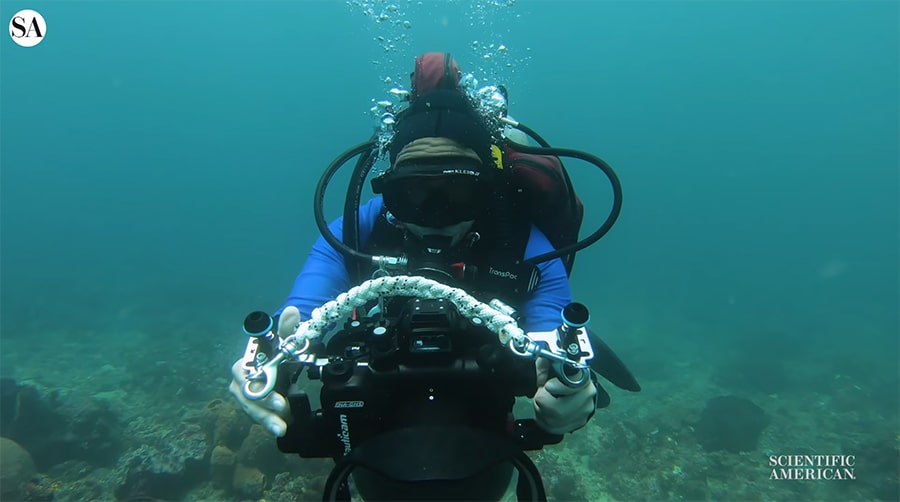 Plus: Henry Fox Talbot, the First Photographs, and the Pioneers of Photography and how the BBC makes Planet Earth look like a Hollywood movie.