“Long ago, dinosaurs left footprints in the mud at the edge of an ancient ocean. Today, you can walk in their tracks in the bed of the Paluxy River…”

Texas’ Dinosaur Valley State Park regularly invites visitors to discover these underwater dinosaur tracks, but it isn’t usually that easy to see so many of them. The summer’s severe drought has dried up the river, “completely in most locations,” exposing the 113-million-year-old tracks.

The video above was filmed and narrated by Paul Baker, whose father was a Dinosaur Valley State Park ranger for three decades. 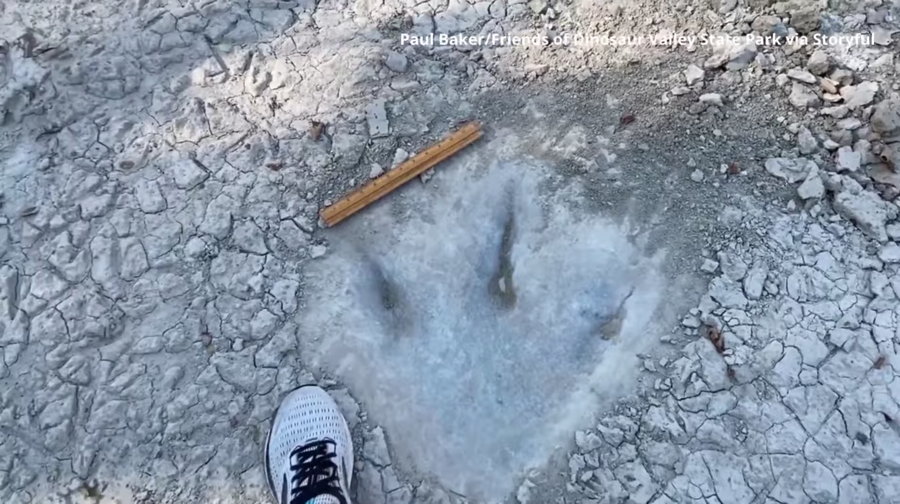 The recently uncovered footprints belonged to an early Cretaceous-era Acrocanthosaurus, a 4.6-meter (15-foot) tall carnivorous theropod with three clawed toes on each limb. From The New York Times:

“Other tracks at Dinosaur Valley State Park belong to a sauropod, or long-necked, small-headed dinosaur, called Sauroposeidon proteles. This species would have stood 60 feet tall and weighed 44 tons as an adult.

“Louis Jacobs, a vertebrate paleontologist and an emeritus professor of earth sciences at Southern Methodist University, saw the tracks on Saturday. He said these uncovered tracks joined trackways that were already known, and they now add up to about 150 dinosaur steps.

“‘Those footprints — they’re spectacular because they’re deep,’ he said. ‘You can see the toenails. There’s more than one kind, and there’s a lot of them.'” 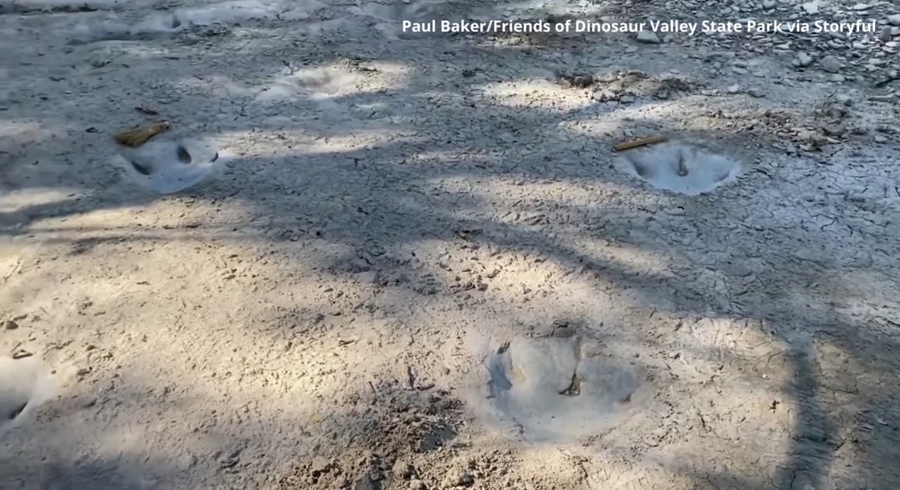 In a video shared in the article Rebuilding a real T. Rex with scientific research & new tech, the prints are attributed to Acrocanthosaurus’ theropod cousin. Either way, the video makes a clear point that there are no tail tracks in the riverbed, indicating that these dinosaurs did not drag their tails. “Its enormous tail was the counterbalance for its giant heavy head.”

See the trackways when they were under the river water: This 2009 Texas Parks and Wildlife video, featuring ranger Billy Paul Baker, shares more history. 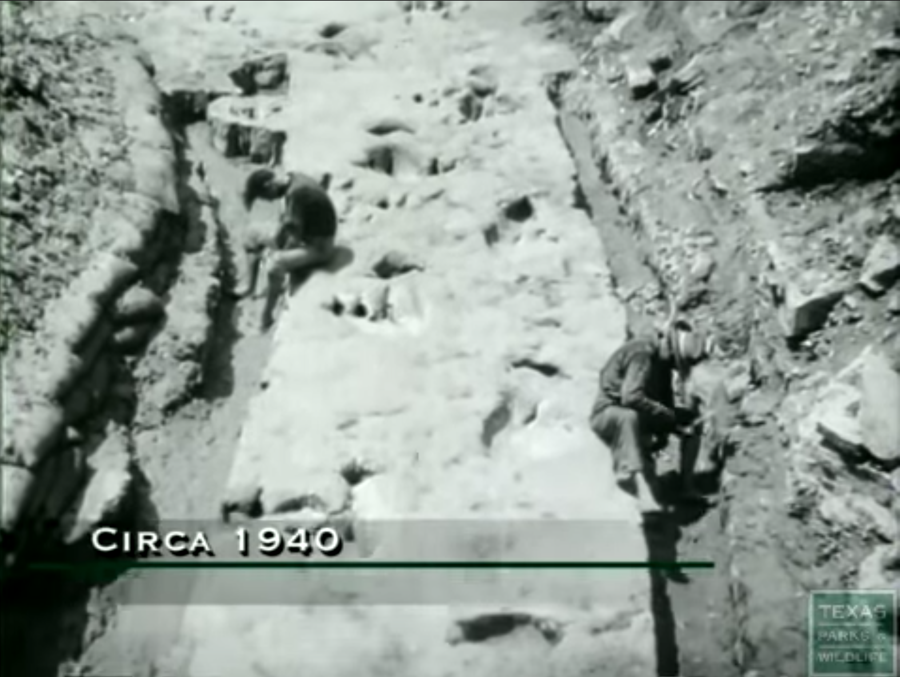 How are tracks like this made? Watch this: A cliff wall full of dinosaur footprints in Spain.

Reverse engineering the locomotion of a prehistoric reptile ancestor

How to make a DIY olla terracotta watering pot