Are there fluorescent animals in places on the planet where there’s zero light half the year (polar night) and 24 hours of light (midnight sun) during the other half of the year? This question over coffee in New York City led to a freezing and surprising trip to the edge of the Arctic Circle. From the American Museum of Natural History:

Diving into the freezing, iceberg-filled waters of Greenland is by itself an adventure, but Museum Curator John Sparks and Research Associate David Gruber recently embarked on an ambitious expedition to find biofluorescent fish in the region’s remote waters. Biofluorescence, the ability to convert blue light into green, red, or yellow light, is well documented in tropical fish who live in regions where there’s even daylight year-round. But in Greenland, where days can be incredibly long or incredibly short, researchers were interested in seeing first-hand how long periods of darkness affected local fishes’ ability to biofluoresce.

For example, would the traditionally-fluorescing scorpionfish (Scorpaenopsis papuensis) fluoresce in an ecosystem with these unusual lighting conditions? Sparks explains, “We both didn’t know what to expect.” 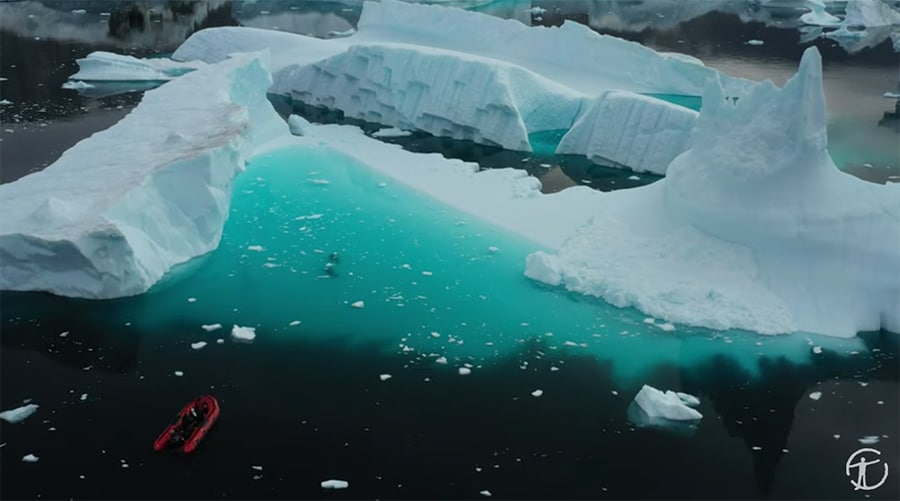 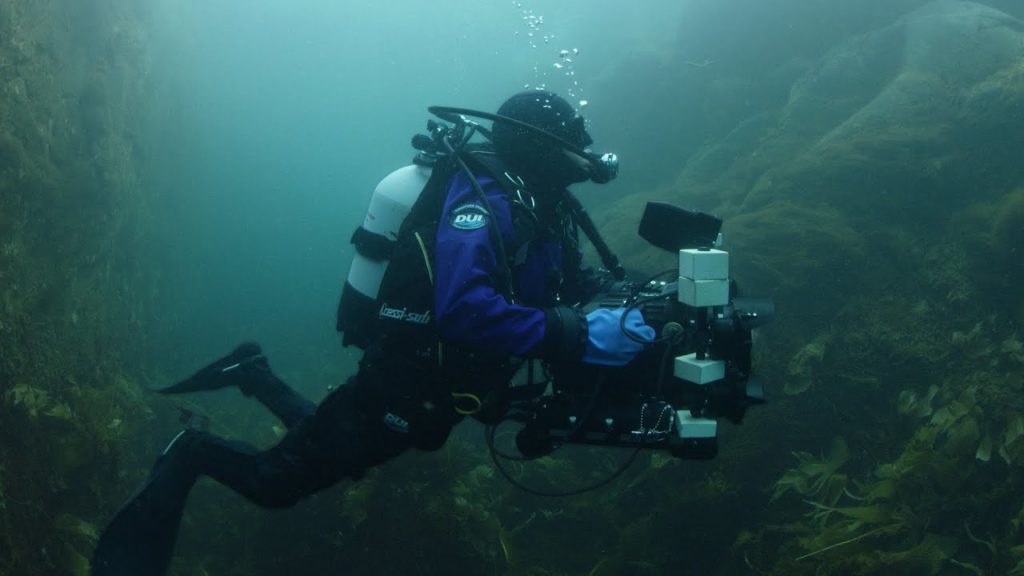 Then watch this next: The Difference Between Bioluminescence and Fluorescence.

And enjoy more videos about things that glow, including a “glowing” biofluorescent hawksbill sea turtle, Scorpions in the Bay Area, and The Case of the Green-Eyed Squid.

The Difference Between Bioluminescence and Fluorescence

The dazzling fluorescent colors of corals under actinic lights