An injured bald eagle learns how to fly again

When a bald eagle is shot through its wing, Ontario, Canada-based veterinarian Dr. Cliff Redford and the team at the Shades of Hope Wildlife Refuge come to the rescue so that the bird can get back to soaring in the sky.

This four-minute video summary from The Dodo shares how Dr. Cliff Worldwide Vet repairs the raptor’s fractured humerus, the main bone on the wing that runs from its shoulder to its elbow. 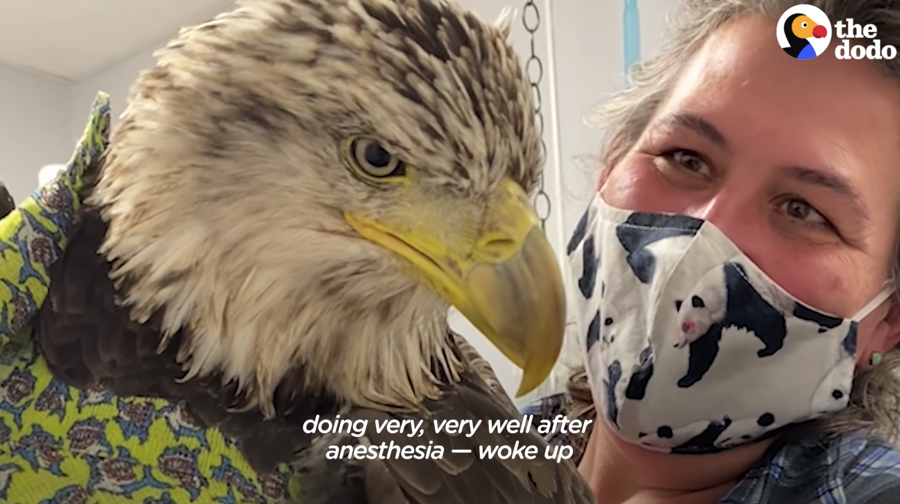 With a few months of physical therapy at the refuge, the bald eagle is able to take to the air, first in large shelters and then out in the wild as it’s released over the frozen Niagara River. 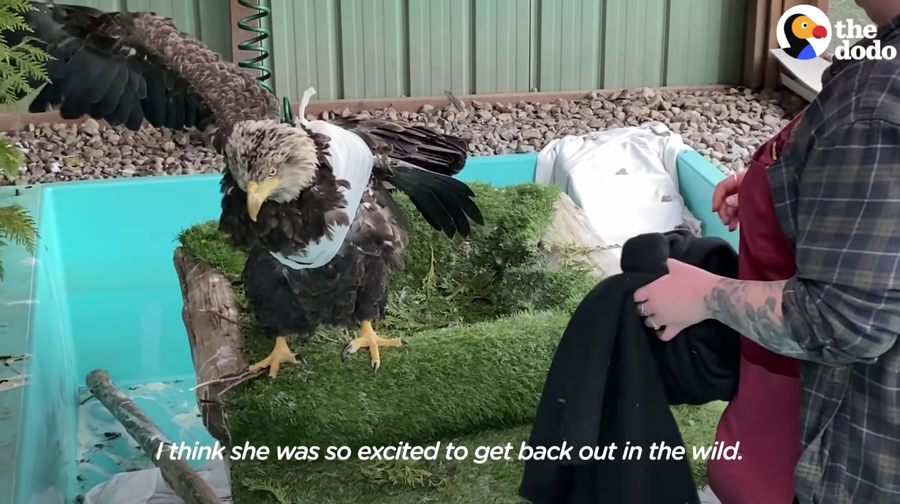 More about this raptor from All About Birds:

“Bald Eagles are powerful fliers—soaring, gliding, and flapping over long distances… Capable of floating, a Bald Eagle may use its wings to ‘row’ over water too deep for wading. Though often solitary, Bald Eagles congregate by the scores or even the hundreds at communal roosts and feeding sites, particularly in winter. These groups can be boisterous, with birds jostling for position and bickering over prey…

“The Bald Eagle’s recovery is a spectacular conservation success story, and numbers have increased between 1966 and 2015, according to the North American Breeding Bird Survey. Partners in Flight estimates the global breeding population at 250,000, with 88 percent spending some part of the year in the U.S., 31 percent in Canada, and 8 percent in Mexico…” 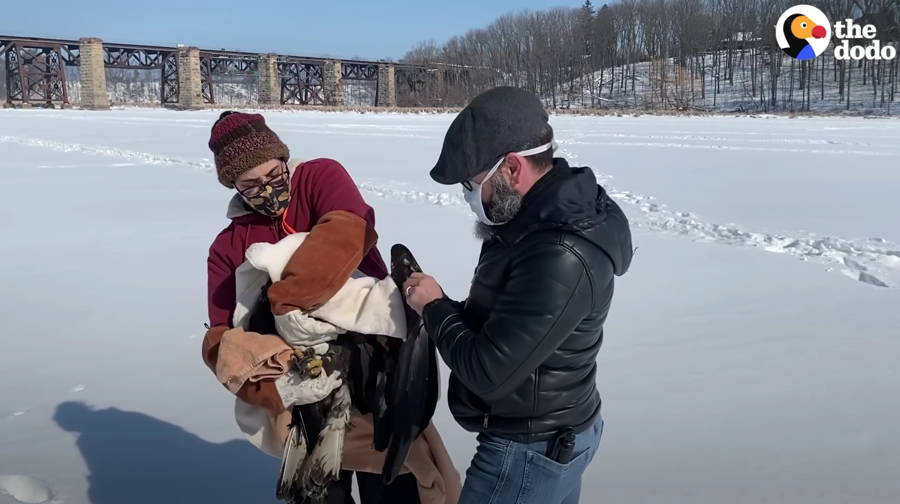 “Once abundant in North America, the species became rare in the mid-to-late 1900s—the victim of trapping, shooting, and poisoning as well as pesticide-caused reproductive failures. In 1978 the bird was listed for protection under the Endangered Species Act. Since 1980, gentler treatment by humans along with the banning of DDT (the bird’s main pesticide threat) have led to a dramatic resurgence. By the late 1990s, breeding populations of Bald Eagles could be found throughout most of North America. In June 2007, the bird’s recovery prompted its removal from the Endangered Species list.” 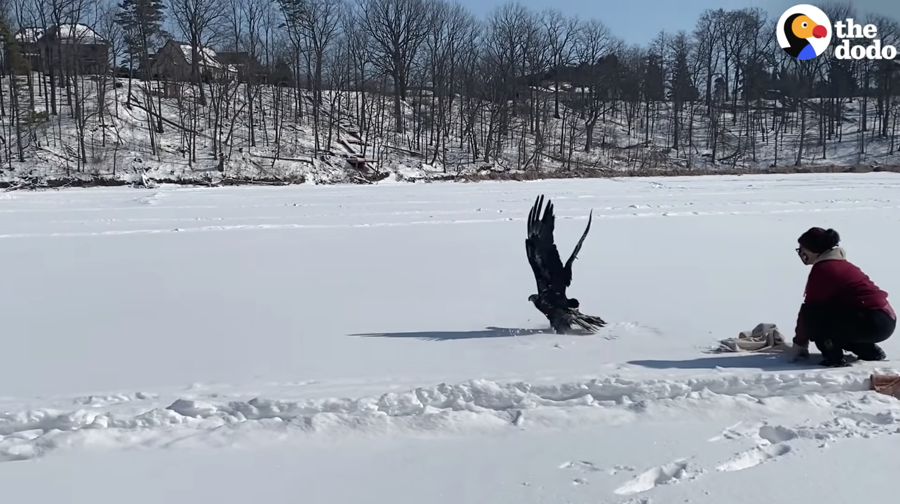 Watch these hand-picked related videos next:
• Releasing Rocky the eagle back into the wild
• Imping an injured owl’s wing to make it stronger
• Take a ride on an eagle’s back over France’s Rhone-Alpes
• An Eagle’s Feather, an animation about the mighty Philippine Eagle
• Waddles the duck gets a 3D-printed prosthetic leg

Zookeepers weigh a baby aye-aye at the San Diego Zoo

Why do we sleep and how do different animals sleep?

Running with a recovering baby rhinoceros

Primrose the donkey and her pink plaster casts